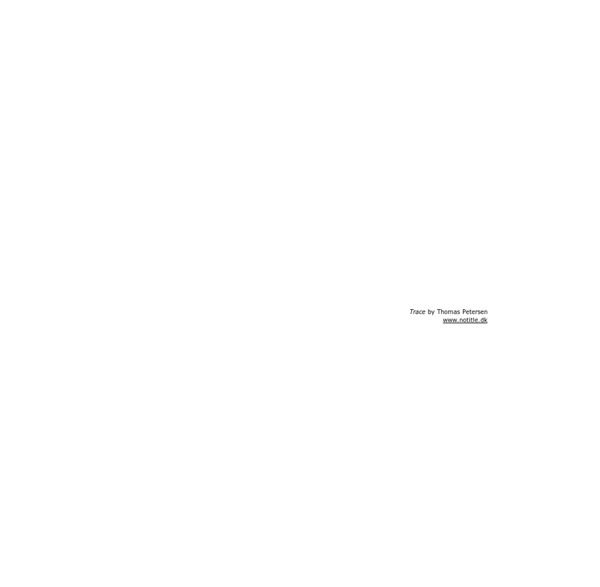 Impressive 3D Sculptures Made of Suspended Sewing Buttons EmailEmail Miami-based artist Augusto Esquivel creates something grand from something seemingly insignificant and small: he builds amazing 3D sculptures out of thousands of sewing buttons. Augusto carefully attaches them to a fishing line and constructs things like harp, piano, cello, or a marry-go-round horse. List of paradoxes This is a list of paradoxes, grouped thematically. The grouping is approximate, as paradoxes may fit into more than one category. Because of varying definitions of the term paradox, some of the following are not considered to be paradoxes by everyone. This list collects only scenarios that have been called a paradox by at least one source and have their own article. Although considered paradoxes, some of these are based on fallacious reasoning, or incomplete/faulty analysis. Informally, the term is often used to describe a counter-intuitive result.

Constructor created by soda, last modified on 24 Aug 2007. Sodaconstructor is a construction kit for interactive creations using masses and springs. By altering physical properties like gravity, friction, and speed, curiously anthropomorphic models can be made to walk, climb, wriggle, jiggle, or collapse into a writhing heap. Tattoos by Xoïl Posted on October 18, 2011 by lenny . Xoïl is a tattooer at Needles Side Tattoo in Thonon-les-Bains, France. Unusual Long Exposure Firework Photographs by David Johnson While attending the International Fireworks Show in Ottawa, Canada earlier this month photographer David Johnson had his camera in hand to document the night. When Spain’s entry into the competition begin he decided to try something a little different resulting in the photos you see here which are unlike any long exposure firework shots I’ve ever seen. Via email David tells me how he accomplished the effect: The technique I used was a simple refocus during the long exposure.

Otomata 16 Jul 2011 Click on the grid below to add cells, click on cells to change their direction, and press play to listen to your music. Update: Click here to get Otomata for your iPhone / iPod / iPad! Official facebook page: fluid fire simulation Fast fluid simulation sandbox, you can create and mix fluids, draw walls as collision objects, create air emitters, add particles, which are influenced by fluids and by themselves. Keyboard shortcuts: [Q] - fire fluids [W] - wall [E] - air emitter (visible only when edited) [R] - particles tip: You can create wall and then burn it with fire. Here is the link to and to new Flame experiment. ...and you can find more experiments here. Troubleshoot help:

BACK TO THE FUTURE : Irina Werning I love old photos. I admit being a nosey photographer. As soon as I step into someone else’s house, I start sniffing for them. Nudge Select 1 of 8 different Sound Patterns from the small Matrixes icons on the right. Use your mouse to draw notes on each 16 Step Matrix. Adjust the volume of the iNudge. Click MORE for advanced adjustment abilities. Public Art Concepts - Dan Sternof Beyer 2011 Download the PDF of these ideas : Public Art Concepts - Dan Sternof Beyer 2011 (2mb) [ New American Public Art ]