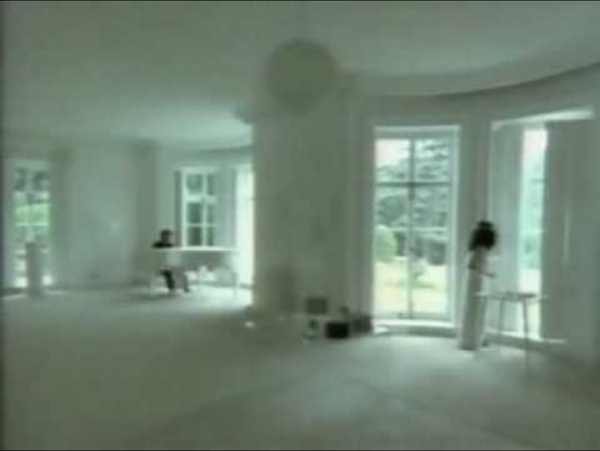 Non, je ne regrette rien "Non, je ne regrette rien" (French pronunciation: ​[nɔ̃ ʒə nə ʁəɡʁɛtə ʁjɛ̃], meaning "No, I regret nothing") is a French song composed by Charles Dumont, with lyrics by Michel Vaucaire. It was written in 1956, and is best known through Édith Piaf's 1960 recording, which spent seven weeks atop the French Singles & Airplay Reviews chart.[1] Piaf dedicated her recording of the song to the French Foreign Legion.[2] At the time of the recording, France was engaged in a military conflict, the Algerian War (1954–1962), and the 1st REP (1st Foreign Parachute Regiment) — which backed a temporary putsch of 1961 by the French military against president Charles de Gaulle and the civilian leadership of Algeria – adopted the song when their resistance was broken. The leadership of the Regiment was arrested and tried but the non-commissioned officers, corporals and Legionnaires were assigned to other Foreign Legion formations. Lyrics[edit]

Laurie Anderson (en) "Greetings to the Motherland" On June 16, 2013 at the Luminato Festival Ai Weiwei will skype in from Beijing and join Laurie for a dual rant about China and the United States. Joining them onstage for this historic exchange will be renowned musicians Greg Saunier, Eyvind Kang and Doug Wieselman. Says Laurie: "Writing songs with Ai Weiwei has been a blast. Midnight Oil Midnight Oil won eleven Australian Recording Industry Association (ARIA) Awards during its career,[11] including induction into the Hall of Fame in 2006.[12][13] At the induction, ARIA chairman Denis Handlin described Midnight Oil as true legends that always led by example in a uniquely Australian way with music that is powerful, uncompromising, inspiring, entertaining and enduring.[6] Farm: 1972–1976[edit] 1976–1981[edit] Martin Rotsey, Midnight Oil guitarist, at the Souths Leagues Club in Brisbane, 2007 Fans, music industry, media[edit]

Summertime From Wikipedia, the free encyclopedia Summertime may refer to: Summer, one of the temperate seasonsDaylight saving time (in American English; summer time, in British English), advancing the clock one hour during summer British Summer Time, the civil time during the summer months in the UK during which the clocks are advanced one hour Film and television[edit] Literature[edit] 1940s in music For music from a year in the 1940s, go to 40 | 41 | 42 | 43 | 44 | 45 | 46 | 47 | 48 | 49 This article includes an overview of the major events and trends in popular music in the 1940s. In the First World, pop music, Swing, Big band, Jazz, Latin and Country music dominated and defined the decade's music. The U.S. and North America[edit]

The 1940's Radio Hour The 1940's Radio Hour is a Play with Music by Walton Jones. Full of 1940s music, dancing and old-time sound effects the play portrays the final holiday broadcast of the Mutual Manhattan Variety Cavalcade on the New York radio station WOV in December 1942. Plot[edit] The narrative concerns the harassed producer, the leading singer who is often drunk, the second banana who dreams of singing a ballad, the delivery boy who wants a chance in front of the mic, and the young trumpet-player who chooses a fighter plane over Glenn Miller.

U2 - Artificial Horizon (Vinyl Available to order from U2.com for a limited time. Comilation Mastering at Bernie Grundman Mastering. Audio Post Production at Partial Productions. Track C1: Recorded by Alastair McMillan at Croke Park, Dublin, 27th July 2009; features samples of 'Relax' and 'Two Tribes'. "Beshno Az Ney/Windfall" performed by Sussan Deyhim, courtesy of Venus Rising Records. Track C2: Engineering at Echjoplex, London. Leonard Cohen Leonard Norman Cohen, CC GOQ (born 21 September 1934) is a Canadian singer-songwriter, musician, poet, and novelist. His work has explored religion, politics, isolation, sexuality, and personal relationships.[2] Cohen has been inducted into the American Rock and Roll Hall of Fame and both the Canadian Music Hall of Fame and the Canadian Songwriters Hall of Fame. He is also a Companion of the Order of Canada, the nation's highest civilian honour.