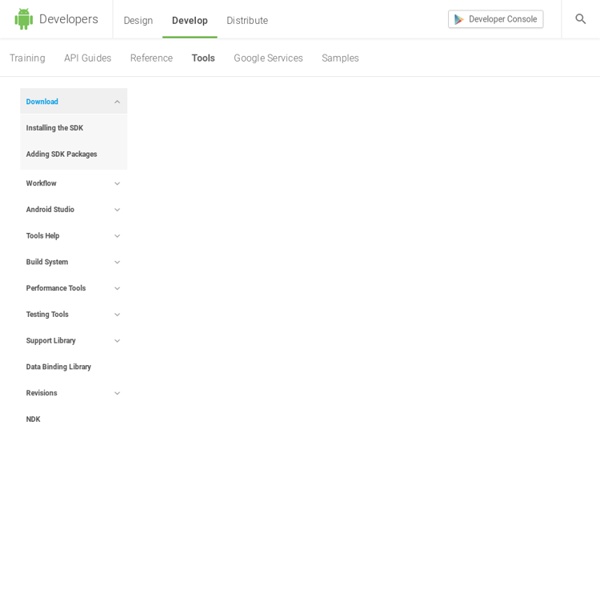 What Is Telnet & What Are Its Uses? [MakeUseOf Explains] Telnet is one of those tech terms you may occasionally hear, but not in an ad or a feature laundry list of any product you may buy. That’s because it’s a protocol, or a language used to talk to computers and other machines; not only that, but Telnet is actually ancient in Internet terms, dating back from 1973. So what is Telnet, and what is it good for, anyway? A Concise Definition 20 Tools to Make the Life of a Web Developer Easier - Nettuts+ Developing a well-rounded aesthetically pleasing website can be a daunting task even for the most seasoned web developer. You must identify current trends and standards and determine ways to incorporate them into your designs. Luckily, there are many free tools which are available that can help you speed up your efforts and work in a more efficient manner. Below are 20 tools which are sure to benefit all developers.

10 places where anyone can learn to code Teens, tweens and kids are often referred to as “digital natives.” Having grown up with the Internet, smartphones and tablets, they’re often extraordinarily adept at interacting with digital technology. But Mitch Resnick, who spoke at TEDxBeaconStreet, is skeptical of this descriptor. Sure, young people can text and chat and play games, he says, “but that doesn’t really make you fluent.” Cocoa Touch - iOS Technology Overview Built on Objective-C Much of Cocoa Touch is implemented in Objective-C, an object-oriented language that is compiled to run at incredible speed, yet employs a truly dynamic runtime making it uniquely flexible. Because Objective-C is a superset of C, it is easy to mix C and even C++ into your Cocoa Touch applications. As your application runs, the Objective-C runtime instantiates objects based on executing logic – not just in ways defined during compilation.

CM7 Pre-Alpha Available for the HTC Thunderbolt, Time to Ditch Sense for Stock - Droid Life: A Droid Community Blog If Sense 2.0 on the HTC Thunderbolt is not your cup of Android tea, then prepare yourselves for stock goodness with CyanogenMod 7. A pre-alpha build started to make the rounds over the weekend and while it has a handful of expected issues, most brave testers are enjoying the heck out of it. Again, this is pre-alpha, but it’s looking like we’ll be adding the Tbolt to the list of CM devices that we throw coverage at. Who’s been testing it already? Would love to hear your thoughts. Creative Vision We focused the design of Android around three overarching goals, which apply to our core apps as well as the system at large. As you design apps to work with Android, consider these goals: Enchant me, Simplify my life, and Make me amazing Enchant me Beauty is more than skin deep. Android apps are sleek and aesthetically pleasing on multiple levels. Transitions are fast and clear; layout and typography are crisp and meaningful.

Resurrect computer science – but don't kill off ICT Michael Gove recently labelled the current provision of ICT in English schools as "dull' and argued, schools should have the freedom to teach computer science. The education secretary's speech came after a Royal Society report which mentioned that computing science is seen as a subject about basic digital literacy skills such as how to use a word-processor or a database. Much is wrong with ICT lessons in schools. This is beyond doubt. Perl By Sam Hughes Perl is a dynamic, dynamically-typed, high-level, scripting (interpreted) language most comparable with PHP and Python. Perl's syntax owes a lot to ancient shell scripting tools, and it is famed for its overuse of confusing symbols, the majority of which are impossible to Google for.