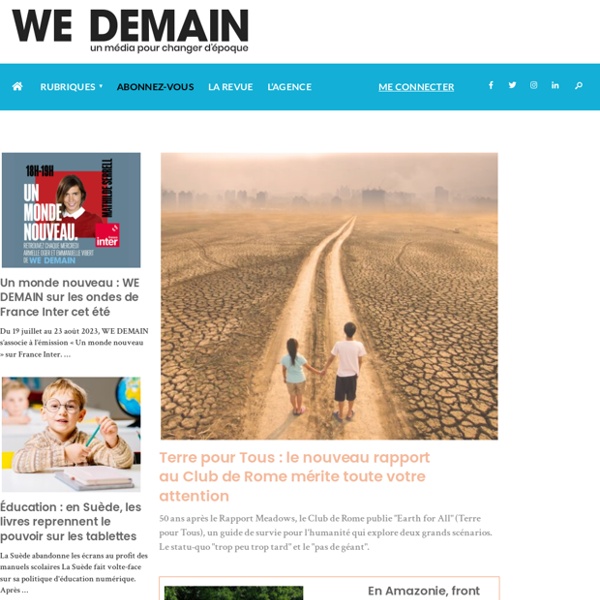 thetrashjuice Happy New Year everyone! Here’s a fresh remix of an 80’s tune to carry you over to 2013. Yezzir. The Smiths – This Charming Man (Luis Leon Bootleg) The Sustainability Oscars 2017: Celebrating the best of climate-change cinema With the film awards season in full swing and the 2017 Oscars ceremony just around the corner, edie rolls out the green carpet to bring you this very felicitous - but by no means official - round up of the best actors, actresses, films and documentaries that have been taking climate activism to the mainstream. From Before the Flood to The Inconvenient Truth: entertainment is turning to enlightenment when it comes to raising awareness of the severity of climate change The 2017 awards season has so far been dominated by La La Land, the blissful musical romance that is more likely to drown in critical acclaim than rising sea levels. Given the current geopolitical and climate backdrop, it is perhaps no surprise that a light-hearted musical provides audiences with the escapism they need in testing times. But pressing climate issues – magnified by the world’s first legally-binding commitment to curb global warming – have captured the attention of international audiences in recent times.

A Taxonomy of Social Reading: a proposal » Category 4 Category 4 — Engaging in a discussion IN the margins (online, formal, synchronous or asynchronous, persistent) Putting a dynamic margin on the page of a book enables people to carry on a deep extended conversation. CommentPress, DigressIt, and BookGlutton are three early examples of what happens when readers are able to leave comments attached to specific paragraphs, pages, and chapters or to user–defined subjects and themes that cross an entire work. As opposed to blogs, where comments appear beneath the author’s text, CommentPress and similar platforms place reader’s comments in the right–hand margin. This design makes the conversation an integral part of the text, in effect extending the notion of “content” to include the discussion it engenders.

Project « MASELTOV Motivation Migration involves individuals in serious risks of social exclusion due to various causes. Primarily, migrants suffer from fundamental changes in their socio-economic context: persons have to re-establish social life from scratch, understand a new language, understand a new way of living, a new culture with different technologies and opportunities to be discovered and problems to be resolved. 16 Non-Required Books Every Woman Should Read Before She Graduates High School If I could go back in time to high school, I’m not sure I could resist the urge to grab my teenage self by the shoulders and shake her. (Not that I’m so wise now but... ) Like pretty much anyone else, I made some questionable decisions in high school — and not just in the fashion arena. Actually, those super-loud floral Converse? I’d totally still wear them if they hadn’t died a tragic death by bleach.

Jake & Dinos Chapman Jake and Dinos Chapman make iconoclastic sculpture, prints and installations that examine, with searing wit and energy, contemporary politics, religion and morality. Working together since their graduation from the Royal College of Art in 1990, the Chapmans first received critical acclaim in 1991 for a diorama sculpture entitled ‘Disasters of War’ created out of remodelled plastic figurines enacting scenes from Goya’s ‘Disasters of War’ etchings. Later they took a single scene from the work and meticulously transformed it into a ‘Great Deeds Against the Dead’ (1994), a life-size tableau of reworked fibreglass mannequins depicting three castrated and mutilated soldiers tied to a tree.

PopTech : Social Innovation Fellows Around the world, visionary change agents are hard at work incubating new approaches to the planet’s toughest challenges. Yet they’re often doing so without taking advantage of the latest tools and thinking in technology, communications and innovation – or a network of experts, peers, and supporters who can help them truly change the world. The PopTech Social Innovation Fellows program is designed to help fill that gap – to equip world-changing innovators with the tools, insights, visibility and social network that can help them scale their impacts to new heights. How to Learn an Instrument Using Metacognition Photo by Stephen via flickr.com; used under Creative Commons We’ve all heard how children learn many things more quickly and easily than adults. For example, young children rapidly soak up new languages. We’ve also seen musical prodigies who began instrument lessons at three years old.