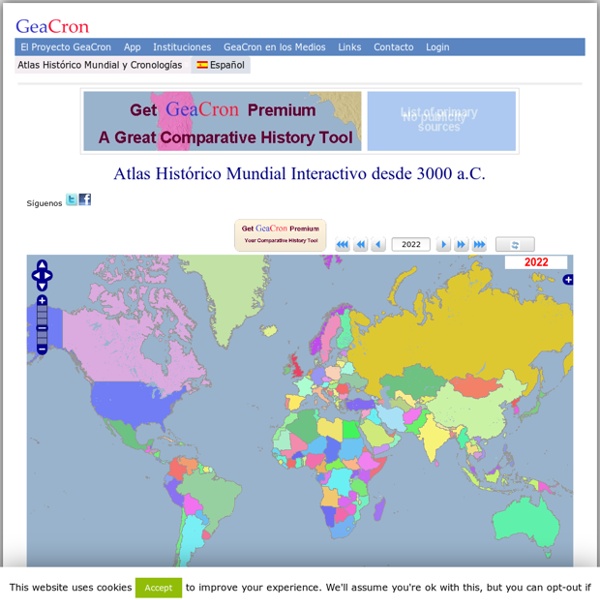 Writing Center Writing Tips: How To Write an Abstract How To Write an Abstract/Prospectus Abstract vs. Research Proposal (Plan) or Prospectus An abstract usually acts as a summary of work already completed and is used by prospective readers to decide whether or not to read the entire text. Abstracts are usually found immediately preceding a research document (such as a thesis or dissertation), and/or in professional journals and abstract indexes (both online and in hard copy). 20 maps that never happened Maps are a powerful way of illustrating not only the world that is, but worlds that never have been. What follow are not fictional maps — there's no Westeros or Middle Earth — but plans and hypotheticals that never came to pass. You'll see military plans for invasions that didn't happen or conquests that were hoped-for and never achieved. You'll also find daring infrastructure schemes that would have remapped cities and even whole continents.

Our Favorite Maps of the Year Cover Everything From Bayous to Bullet Trains "I really love the challenge of making new things look old," said mapmaker Stephen Smith. He was inspired to make this map of US natural resources by a similar British map from around 1940 that he came across in the Boston Public Library. "Many people told me my map reminded them of their grade school wall atlas," he said. Stephen Smith Stamen Design produced this map---and more than 300 others like it---for the National Audubon society's report on climate change. For a given bird (the tree swallow is depicted here), the map shows how scientists predict its winter (blue) and summer (yellow) ranges to shift by 2080.

Every Country's Highest Valued Export Editor's note: This story was originally published in May 2014. Using data from the CIA World Factbook, we labeled every country in the world by its highest valued export, aka the commodity that makes the country the most money in the global market. Unsurprisingly, much of the world runs on oil, particularly the Middle East and Central Asia. How Big Is Your City, Really? When our sense of a place distorts its actual size. In almost every way in which we humans view the world, scale and context are crucially important. When we build a skyscraper, it’s impressive because it’s so much taller than what’s around it, or what’s come before it. When we learn of a new chameleon, it’s wonderful because it’s so much smaller than anything else we’ve ever seen before. But every now and then, we stumble across a fact that changes our sense of context, connecting two parts of the world with an understanding of scale that we normally lack.

I Can Text You A Pile of Poo, But I Can’t Write My Name by Aditya Mukerjee I am an engineer, and I am a writer. As an engineer, I spend a lot of time thinking about how text is stored, but relatively little about what information the text actually represents. To the computer, text is an abstract entity – a stream of 0s and 1s, and any semantic meaning is in the eye of the beholder. Tangram · Mapzen Tangram is a map renderer designed to grant you ludicrous levels of control over your map design. By drawing vector tiles live in a web browser, it allows real-time map design, display, and interactivity. Using WebGL, Tangram saddles and rides your graphics card into a new world of cartographic exploration. ​Using open tools to create the digital map of Cairo’s public transit Follow the authors, Tatiana (@tatipq) and Diego (@canaless) on Twitter The first step in any transit planning process involves understanding the current supply and demand of transit services. In most of the countries where we work, understanding the supply of services is a messy, costly and lengthy process, since most cities have little knowledge of bus routes, services and operational schemes. Having a digital map (GIS) and General Transit Feed Specifications (GTFS) details of a network allows a transit agency to do better service planning and monitoring, as well as provide information to its users.