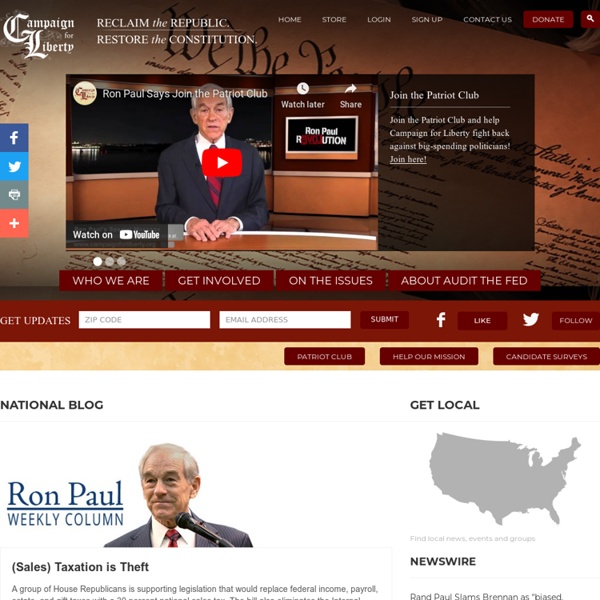 How Protests Could Change Banking - Investopedia.com Amidst the macro worries about European sovereign debt and the ignition of the next election cycle, a protest movement called Occupy Wall Street has garnered a great deal of attention for itself. The demands of this movement are vague, and it is an open question as to whether much of what they object to is a byproduct of corporate policy or public policy (or an admixture of the two). Nevertheless, it is clear that their anger is directed, in large part, at some of the biggest banks in this country. County Office of the Clerk - Elections Division The Elections Division administers and conducts all Federal, State, County, City and Special District elections in Clackamas County. Welcome to the Clackamas County Elections Division website. We hope our site provides you with the information you are looking for.

DF Map Archive Welcome to the Dwarf Fortress Map Archive (DFMA). Dwarf Fortress is a popular single player sim game, (still in ALPHA mind) made by bay12games. Random Movie: History of the Federal Reserve System Federal Reserve Board, 1917 This article is about the history of the United States Federal Reserve System from its creation to the present. Central banking in the United States prior to the Federal Reserve[edit] The Federal Reserve System is the third central banking system in the United States' history. The First Bank of the United States (1791–1811) and the Second Bank of the United States (1817–1836) each had 20-year charters, and both issued currency, made commercial loans, accepted deposits, purchased securities, had multiple branches, and acted as fiscal agents for the U.S. For Immediate Release - ORP Chairman Alley Announces Cancellation of Oregon Republican Debate - 03.15.2012 For Immediate ReleaseThursday March 15th, 2012 - 10:00 AM PDT Portland, OR – Oregon Republican Party Chairman Allen announced today that the Oregon Republican Presidential Debate has been cancelled because commitments were not received by all candidates. “At this point in the race, there has been a shift in the flow of the campaigns from the debate environment to a strategic state-by-state approach,” said Chairman Alley. “It is clear that the Republican Presidential Campaign has entered a new phase where the candidates do not want to debate each other,” Chairman Alley continued. Two previously scheduled debates were also cancelled in the last month, one in Atlanta and the other at the Ronald Reagan Library in Simi Valley, California. "We greatly value the partnership between Oregon Public Broadcasting, The Washington Times, along with PBS, NPR and a wide variety of broadcast partners, which would have broadcast this Debate worldwide.

Bay 12 Games: Dwarf Fortress 02/06/2019 Various consolidation and small moves to start the month. I traced accounts for embezzlement networks and smoothed out some rough edges there, and made sure the mercenary groups based on organized religions (as opposed to generic worship) functioned correctly. I also fixed some frequency issues with religions and updated the November update to temple profaning to make it compatible with upcoming religious strife. Ruining random temples no longer matters to the deity. In order to be cursed, the act must be against a god the offender worships, for some specific reason (how this manifests in post-worldgen is TBD, but at a minimum it can just check the worship of, say, a tantrumer -- curse one way, religious tension the other.) In order to avoid werebeasts and vampire curses exploding like popcorn during religious riots, something had to give, and in general, making the curse stories a little more personal seemed appropriate now.

The Federal Reserve: Introduction Most people are aware that there is a government body that acts as the guardian of the economy - an economic sentinel who implements policies designed to keep the country operating smoothly. Unfortunately, most investors do not understand how or why the government involves itself in the economy. In the U.S., the answer lies in the role of the Federal Reserve, or simply, the Fed. The Fed is the gatekeeper of the U.S. economy. It is the bank of the U.S. government and, as such, it regulates the nation's financial institutions. The Fed watches over the world's largest economy and is, therefore, one of the most powerful organizations on earth.

Congressman Earl Blumenauer Blumenauer has always based his fiscal policies on five basic principles: Fair tax relief for Americans;Funding commitments to children, seniors, veterans, and the environment;Honoring our promises to Social Security and Medicare recipients;Paying down our national debt;Avoiding funding shortfalls for important national priorities. The Federal government is financed on the backs of the vast majority of Americans who make almost all their income from their wages. Most Americans willingly pay their taxes and in fact often vote to increase them if they're convinced that they're being treated fairly, and if they're getting full value, if they have confidence in the system.

The Evolution Of Banking With the exception of the extremely wealthy, very few people buy their homes in all-cash transactions. Most of us need a mortgage, or some form of credit, to make such a large purchase. In fact, many people use credit in the form of credit cards to pay for everyday items. The world as we know it wouldn't run smoothly without credit and banks to issue it. In this article we'll, explore the birth of these two now-flourishing industries. Chart of who “owns” the Federal Reserve…once again… ;) A picture from the gold vault of the Federal Reserve Bank of New York (Photo credit: Wikipedia) Chart 1 Federal Reserve Directors: A Study of Corporate and Banking Influence Published 1976 Chart 1 reveals the linear connection between the Rothschilds and the Bank of England, and the London banking houses which ultimately control the Federal Reserve Banks through their stockholdings of bank stock and their subsidiary firms in New York.

Who Owns the Fed? Free Enterprise Zone, The Freeman, Warren C. Gibson Have you heard? The Federal Reserve System raked in profits of $79.3 billion last year, almost triple what runner-up ExxonMobil made. The Fed’s business model is a snap—just print money—and unlike poor beleaguered Exxon, the Fed has no competition to worry about. This means a gigantic windfall for the big banks because, although they don’t like to admit it, they actually own the Fed. US federal deficit: how much does China own of America's debt? America's federal deficit up and China owns lots of it The US Federal Deficit is always in the news - and when Chinese premier Hu Jintao arrives to a lavish reception at the White House, he comes as bigger lender to the developing world than the World Bank. And last year, Alan Greenspan, former chairman of the Federal Reserve, said the US is pursuing a policy of weakening its currency.

Who Owns The Federal Reserve? This article was first published by Global Research in October 2008 “Some people think that the Federal Reserve Banks are United States Government institutions. They are private monopolies which prey upon the people of these United States for the benefit of themselves and their foreign customers; foreign and domestic speculators and swindlers; and rich and predatory money lenders.” – The Honorable Louis McFadden, Chairman of the House Banking and Currency Committee in the 1930s

Hello glostyle, thanks for checking out my pearl. If your a fan of Ron Paul, I would like to recommend a coupld links for you. www.dailypaul.com, and www.4libertysake.com Cheers! by d4chin Sep 17