Kutch Tourism Gujarat. Hall of Mirrors at Bhuj’s famous Aina Mahal It was against the foreground of the shimmering six-lane highways that the calm and quiet city of Bhuj first emerged from a distance. 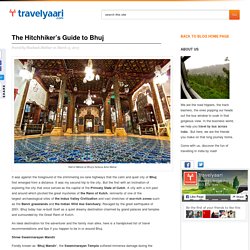 It was my second trip to the city. But the first with an inclination of exploring the city that once served as the capital of the Princely State of Cutch. Des sites à consulter. KACHCHH GUIDE. Craft documentation presentation. Mundra — Khamir Annual Exhibitions. Handicrafts > Bandhani. Introduction. 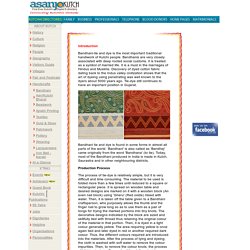 Discover Unusual Offbeat Destinations. Set against the dramatic backdrop of Bhujio Hill (that’s how ‘Bhuj’ was derived) is a fascinating city and is an interesting place to explore. 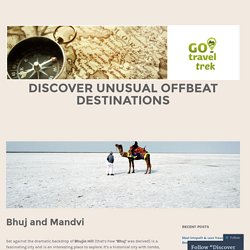 It’s a historical city with tombs, palaces, museums and ancient temples, each telling it’s historical past. Expo sur l'artisanat près de Bhuj 2016. Carnet voyage : Coastal Gujarat and the Great Rann of Kutch. Following is the route I used posted in totality for ease of reference. 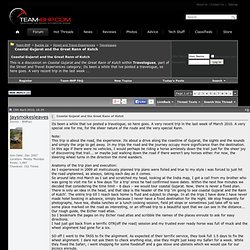 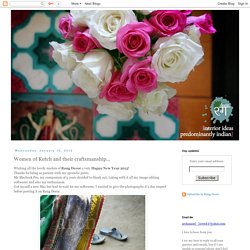 Thanks for being so patient with my sporadic posts. My Macbook Pro, my companion of 5 years decided to blank out, taking with it all my image editing softwares and also my enthusiasm. Got myself a new Mac but had to wait for my softwares, I wanted to give the photographs it's due respect before posting it on Rang Decor. Before I begin, I want to share with you all a little story (which I had shared earlier on Rang: The Colours of Life) as to what was the motivation behind our trip to the magical land of Kutch in Gujarat last winter.

Flashback: Weeks before our scheduled trip to Kutch, travel books were devoured, online friends contacted, gave Tripadvisor.com maximum number of daily hits, spoke on the phone for hours..... ....and then suddenly we stopped. People travel for different reasons, different interests, different purposes. What was our purpose? So we re-drew our plan. Blog : Than monastery et fossiles du kutch. Deep in the rolling hills outlying the Great Rann of Kutch, some 65 odd kilometres from Bhuj, is a centuries old Hindu monastery, the Than monastery, steeped in medieval traditions and customs, its actual age disputable. 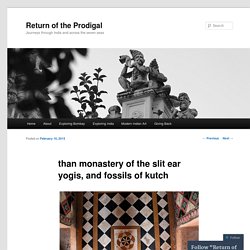 There is not another soul for miles; the only sound heard being that of the peacocks singing in the surrounding forests. Batik Print. Rooted in Tradition Traditional Batik Sadla (Saree), East Kachchh | Batik fabric at a workshop in Mundra, South Kachchh Local legends share stories of the Batik practice of block printing being carried to Kachchh during the time of the Ramayana by seasoned, master craftsmen. 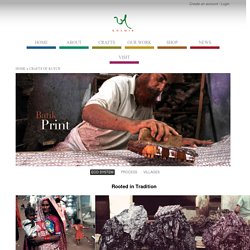 For years, people have enjoyed the floral and figural motifs of Batik textiles by Khatris, a community creating Batik, Ajrakh, Bagru and Bandhani all over Kachchh. The port of Mandvi is one reason Batik probably became a main industry in Kachchh. It was a popular textile export to Indonesia from Gujarat as early as the 1500’s. A Craft in Transition Originally, Batik prints were made by dipping a block into hot piloo seed oil, which was then pressed onto fabric. An artisan from Mundra shows a traditional batik bedspread made by his father | Batik fabric showing cracks in the design Batik artisans today are struggling to stay afloat in a modern and competitive marketplace.

Room for Growth. Biocultural Community Protocol of the Camel Pastoralists of Kachchh by Kachchh Unt Uchherak Maldhari Sangathan (KUUMS) Made in Kachchh — Khalid’s advice to us, “Go home. 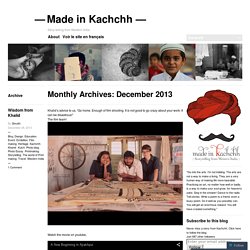 Enough of film shooting. It is not good to go crazy about your work. Trip Report - Rann of Kutch/Kachchh- KACHCHH nahi dekha toh KUCHCHH nahi dekha? - Page 3. After a peaceful night in the resort at Narayan Sarovar (we were the only guests staying there ), we started our drive to Dhordo, at 6.00 am. 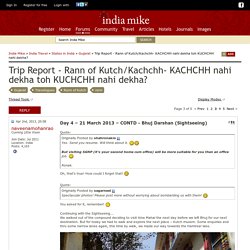 We were supposed to drive towards Lakhpat and from there to Dayapar and take the Hajipur/Luna road, which from Google maps, I think, would be through the Salt desert, to reach Dhordo village. I was sufficiently excited as I was expecting to drive the stretch where one could see the ‘White Rann’ on both the sides. But all the excitement fizzled out, when, during our casual talk with the caretaker at the Toran resort, mentioned that it was not advisable to take the road as it would be desolate and if there were any vehicle breakdown/fuel requirement or any unforeseen problems, it would be a real task to get any help.

That would have been the shortest route as well as adventurous, we had thought. A lovely sight along the state highway - peafowls sunbathing. The road was beautiful and in fact caught sight of sunrise too, as we were driving! Discover Unusual Offbeat Destinations. Photos de belles roches près de Nakhtrana, Kutch.