What is the Self? 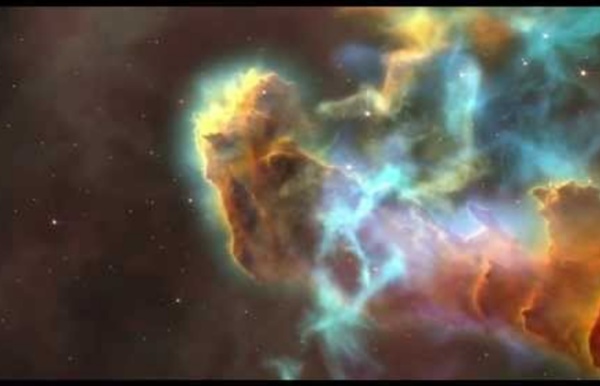 ‘Mind uploading’ featured in academic journal special issue for first time (Credit: stock image) The Special Issue on Mind Uploading (Vol. 4, issue 1, June 2012) of the International Journal of Machine Consciousness, just released, “constitutes a significant milestone in the history of mind uploading research: the first-ever collection of scientific and philosophical papers on the theme of mind uploading,” as Ben Goertzel and Matthew Ikle’ note in the Introduction to this issue. “Mind uploading” is an informal term that refers to transferring the mental contents from a human brain into a different substrate, such as a digital, analog, or quantum computer. It’s also known as “whole brain emulation” and “substrate-independent minds.” Serious mind uploading researchers have emerged recently, taking this seemingly science-fictional notion seriously and pursuing it via experimental and theoretical research programs, Goertzel and Ilke’ note. For example, Neuroscientist Randal A. Introduction Ben Goertzel And Matthew Ikle’ Digital Immortality: Self Or 0010110?

Learning About Self-Image and How We View Ourselves Self-image is both a conscious and subconscious way of seeing ourselves. It is the emotional judgment we make about our self-worth. We form our self-image through interaction with others, taking into account their reactions to us and the ways they categorize us. We can’t help but compare ourselves with others, much as we might try not to. We assess ourselves continually. Scientists in Montreal recently found that people with a low sense of self-worth are more likely to suffer from memory loss as they get older. Self-image often is the focus of therapy. Evidence suggests that the self-image of young people has significantly deteriorated in recent decades. Educational achievement seems to be closely linked to self-image – the better a child does in school, the happier he or she seems to be. Elementary school-aged children need to build academic and social foundations. This can be provided by taking part in sports, art, music, crafts, travel, and family gatherings and traditions.

A 3 Minute Video That Describes Who We Truly Are What is the self? It’s a question that by its nature sounds like it would be quite simple to answer, but given the varying degree of perspectives throughout the world, it can also be seen as one of the most profound questions to ever be posed. It is that exact question that the amazing duo of Zaya and Maurizio Benazzo have set out to answer in their 3 minute video entitled ‘What is the Self?’ Video Description (Written By: Zaya & Maurizio Benazzo) Mystics in all ages and cultures describe the self as infinite, stable and ever-present phenomena. Modern physics describe the world as a self-moving, self-designing pattern, an undivided wholeness, a dance. We, as a society, relate to the self mostly as an individual, unique, time bound form. We live at the dawn of a scientific revolution, every day brings new findings from a wide range of scientific disciplines about what it means to be human.

Richard Dawkins Foundation for Reason and Science Stone Age artists were painting red disks, handprints, clublike symbols, and geometric patterns on European cave walls long before previously thought, in some cases more than 40,000 years ago, scientists reported Thursday, after completing more reliable dating tests that raised a possibility that Neanderthals were the artists. A more likely situation, the researchers said, is that the art - 50 samples from 11 caves in northwestern Spain- was created by anatomically modern humans fairly soon after their arrival in Europe. The findings seem to put an exclamation point to a run of recent discoveries: direct evidence from fossils that Homo sapiens populations were living in England 41,500 to 44,200 years ago and in Italy 43,000 to 45,000 years ago, and that they were making flutes in German caves about 42,000 years ago. Then there is the new genetic evidence of modern human-Neanderthal interbreeding, suggesting a closer relationship than had been generally thought.

What Is the Self? Philosophers, psychologists, and ordinary people are all interested in one pressing question: Who are you? The traditional philosophical answer, found in the writings of Plato, Kant, and many religious thinkers, is that the self is an immortal soul that transcends the physical being. However, some philosophers who don't subscribe to this metaphysical view have swung in the other direction and rejected the idea of the self altogether. David Hume, for instance, said that the self is nothing more than a bundle of perceptions, and Daniel Dennett dismissed the self as merely a “center of negative gravity." article continues after advertisement In contrast, many psychologists have taken the self very seriously, and discussed at length a huge number of important phenomena surrounding it—including self-identity, self-esteem, self-regulation, and self-improvement. In a new article, I argue that the self is a complex system operating at four different levels.

Helping Parents Understand Their Teenagers Provided by This past weekend, I was speaking to several hundred parents at a seminar in the San Francisco Bay Area. I asked them, “How many of you received good, healthy, value-centered sex education from your parents?” A total of three people raised their hands. I then went on to tell them something that youth workers already know, “The more positive, value-centered sex education kids receive from their parents the less promiscuous they will be.” As a youth worker and a parent, it is very safe to say that parents need help understanding their kids. One of the most effective ways to come alongside parents in your church is hosting parenting seminars on a regular basis to assist the parents in understanding their teenagers. There are basically three ways of bringing the content to them: You can study a topic yourself and deliver the content.You or a volunteer can facilitate a video-based parenting seminar or small group experience.Use an expert in your area on a specific subject.

Why 6-Year-Old Girls Want To Be Sexy (STUDY) By: Jennifer Abbasi, LiveScience Contributor Published: 07/16/2012 12:18 PM EDT on LiveScience Most girls as young as 6 are already beginning to think of themselves as sex objects, according to a new study of elementary school-age kids in the Midwest. Researchers have shown in the past that women and teens think of themselves in sexually objectified terms, but the new study is the first to identify self-sexualization in young girls. The study, published online July 6 in the journal Sex Roles, also identified factors that protect girls from objectifying themselves. Psychologists at Knox College in Galesburg, Ill., used paper dolls to assess self-sexualization in 6- to 9-year-old girls. Using a different set of dolls for each question, the researchers then asked each girl to choose the doll that: looked like herself, looked how she wanted to look, was the popular girl in school, she wanted to play with. Across-the-board, girls chose the "sexy" doll most often. Important factors

10 Things Parents Just Don't Understand About Teens | HuffPost 24 years ago, DJ Jazzy Jeff & The Fresh Prince (Will Smith) dropped their timeless teen anthem “Parents Just Don’t Understand.” More than two decades later, parents still buy us clothes that seem like they’re “from 1963,” and claim that we “don’t need” friends who laugh at our “Brady-bunch trousers.” But even the Fresh Prince (now an awesome parent himself, by the way) would have been horrified to see the things parents don’t understand about teens today. 1. Help us tell more of the stories that matter from voices that too often remain unheard. Parents, sure a ton of teens are Beliebers and Directioners (just look at how many followers they have on Twitter!) 2. Parents, when you get mad at us for staying out past our curfew and going out with our friends on the weekends, stop pretending you weren’t doing the same things when you were teens. 3. Parents, as nice as it is that you guys try to protect the innocence of our ears, you really don’t have to apologize for cursing. 4. 5. 6. 7. 8.

Five myths about marriage The value placed on fidelity — especially male fidelity — has arguably never been higher. In the late 19th century in the United States, an epidemic of venereal disease plagued respectable middle-class wives because so many of their husbands frequented prostitutes. In the 1920s, Somerset Maugham’s play “The Constant Wife” raised eyebrows because its heroine rejects the urging of friends and family to follow convention and ignore her husband’s affair. And as late as the 1950s and early 1960s, marriage counselors routinely responded to a woman’s complaints about her husband’s infidelity by asking whether she had provoked it by not keeping herself “well groomed.” 2. Employed wives with young children do, on average, spend 21/3 hours more per week on housework and paid work than their husbands do. 3. Divorce rates have been falling for 30 years, but the freedom to leave a dysfunctional marriage can be a lifesaver for women, who initiate two-thirds of divorces. 4. 5. coontzs@evergreen.edu

10 Facts Every Parent Should Know about Their Teen's Brain | Live Science Inside the teen mind They are dramatic, irrational and scream for seemingly no reason. They do stupid things. And they have a deep need for both greater independence and tender loving care. You could say this about teens or toddlers. And here's why: After infancy, the brain's most dramatic growth spurt occurs in adolescence, and that growth means things get a little muddled in a teen mind. Consider the following list a survival guide of sorts to raising your teens, or at least to understanding them a little better.. Editor’s Note: This article, originally published in 2011, was updated in March 2016 to reflect recent research and new information. Critical period of development (Image credit: Dreamstime) Loosely defined as the years between 11 and 19, adolescence is considered a critical time of development – and not just in outward appearances. Keep going to learn about how the brain develops (scroll up and click "Next") Blossoming brain New thinking skills (Image credit: Dreamstime.)

A laughing matter Dishing up tacos and burritos to hungry college students may not sound like much fun, but the women behind the counter at Salsa Rico look like they're having a pretty good time. Their heads are thrown back in laughter as they yell out to each other from either end of the steam tables. Meanwhile, a student grabbing a quick solo meal stands straight-faced near the cash register. Psychology professor Robert Provine, PhD, nods in the direction of the Salsa Rico trio as he takes in the student commons scene. The University of Maryland, Baltimore County (UMBC) psychology professor has spent close to two decades taking careful notes on situations just like this, trying to understand how and why people laugh. Provine approaches laughter the way an ethologist might study birdsongs or Jane Goodall studied chimpanzees--by taking a step back. To answer those questions, Provine taped bursts of laughter and brought the recordings to a sound analysis lab at the National Zoo in Washington, D.C.