Adam Smith, Karl Marx, and Charles Darwin: A New Economic Paradigm. By George Cooper We are now far enough through the cycle of Piketty analysis to know how it will end. 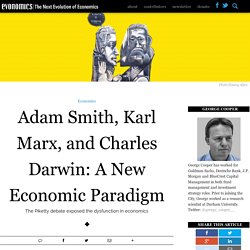 There will be no clear victor. Those who were instinctively supportive of Piketty’s thesis before reading his book will be able to ignore any alleged flaws in his data, and challenges to either his mathematical theory of capital accumulation or his narrative theory of capital destruction. If you’re so smart, why aren’t you rich? Turns out it’s just chance. The distribution of wealth follows a well-known pattern sometimes called an 80:20 rule: 80 percent of the wealth is owned by 20 percent of the people. 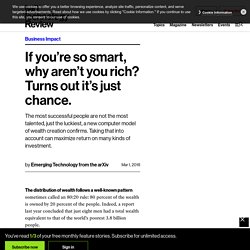 Indeed, a report last year concluded that just eight men had a total wealth equivalent to that of the world’s poorest 3.8 billion people. This seems to occur in all societies at all scales. It is a well-studied pattern called a power law that crops up in a wide range of social phenomena. Myths of the 1 Percent: What Puts People at the Top. Income inequality inspires fierce debate around the world, and no shortage of proposed solutions. 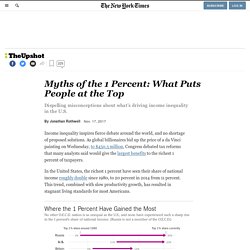 As global billionaires bid up the price of a da Vinci painting on Wednesday, to $450.3 million, Congress debated tax reforms that many analysts said would give the largest benefits to the richest 1 percent of taxpayers. In the United States, the richest 1 percent have seen their share of national income roughly double since 1980, to 20 percent in 2014 from 11 percent. This trend, combined with slow productivity growth, has resulted in stagnant living standards for most Americans.

No other nation in the 35-member Organization for Economic Cooperation and Development is as unequal, and none have experienced such a sharp rise in inequality. UN Study Warns: Growing Economic Concentration Leads to “Rentier Capitalism” - A new study by the United Nations Conference on Trade and Development argues: The “endemic rent-seeking that stems from market concentration, heightened corporate power, and regulatory capture” has spread beyond the United States, leading to the emergence of “global rentier capitalism.״ Earlier this year, a Stigler Center paper by Luigi Zingales [Faculty Director of the Stigler Center and one of the editors of this blog] argued that market concentration can lead to a vicious circle, in which companies use market power to gain political power that in turn allows them to gain more market power, and vice versa. 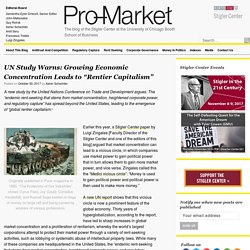 Zingales called this the “Medici vicious circle”: “Money is used to gain political power and political power is then used to make more money.” A new UN report shows that this vicious circle is now a prominent feature of the global economy. The International Monetary Fund Says Trickle-Down Economics Don’t Work. Economists have long argued about the economic effects of inequality. 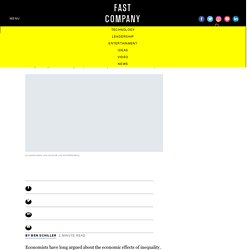 One school says big income differences spur poorer people to work harder. Another says inequality is bad for economies because it reduces economic spending from people of lower and middle incomes. Ics can predict wealth inequality. The 2016 election year highlighted the growing problem of wealth inequality and finding ways to help the people who are falling behind. 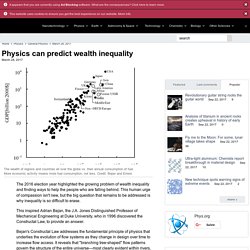 This human urge of compassion isn't new, but the big question that remains to be addressed is why inequality is so difficult to erase. This inspired Adrian Bejan, the J.A. Jones Distinguished Professor of Mechanical Engineering at Duke University, who in 1996 discovered the Constructal Law, to provide an answer. Bejan's Constructal Law addresses the fundamental principle of physics that underlies the evolution of flow systems as they change in design over time to increase flow access. It reveals that "branching tree-shaped" flow patterns govern the structure of the entire universe—most clearly evident within rivers, neural networks, lightning bolts, electrical circuitry and trees. People Actually Want Fairness, Not Economic Equality - The Atlantic. Bernie Sanders talks about economic inequality all the time, and it’s a message that resonates. 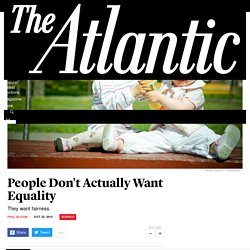 You don’t need to be a socialist to worry about the divide between rich and poor in America. Many Americans across the political spectrum claim to be deeply troubled by economic inequality, and many say they support changes that would yield a more equal distribution of income and wealth. The Broken Ladder: Keith Payne on How Inequality Affects Our Behavior. Americans believe strongly in personal responsibility. 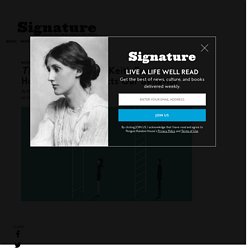 It’s one of the underpinnings of our culture—and of all of Western thought—and rightly so. But Americans also believe deeply in fairness, and it’s increasingly difficult to square either of these American values with the dramatic rise in income inequality that this country has witnessed over the last fifty years. Inequality Is About Access to Public Goods, Not Income. Image: Jonathan Haeber Fixing inequality is about more than addressing the income gap. 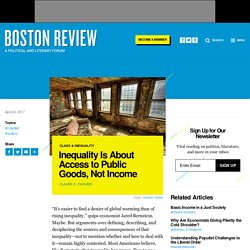 “It’s easier to find a denier of global warming than of rising inequality,” quips economist Jared Bernstein. Maybe. But arguments over defining, describing, and deciphering the sources and consequences of that inequality—not to mention whether and how to deal with it—remain highly contested. Most Americans believe, like Bernstein, that inequality has grown. What Americans seem to really care about, though, is not inequality per se but what it means for inequality of economic opportunity.

Corporations in the Age of Inequality. Latest Digital Article The future of capitalism depends on fixing it. 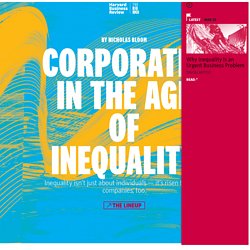 On a sunny morning in December 2013, as Google employees boarded the bus that would take them on their daily commute from Oakland to the company’s Mountain View headquarters, protesters moved in. One unfurled a bright blue banner bearing the words “F— Off, Google.” Some handed out pamphlets explaining their anger: “While you guys live fat as hogs with your free 24/7 buffets, everyone else is scraping the bottom of their wallets, barely existing in this expensive world that you and your chums have helped create.” Across the bay in San Francisco, Apple employees filing onto their own shuttle encountered a similar demonstration. The so-called Google bus protests failed to capture the national imagination the way Occupy Wall Street had two years earlier. Was the Rise of Neoliberalism the Root Cause of Extreme Inequality?

By George Monbiot Imagine if the people of the Soviet Union had never heard of communism. The ideology that dominates our lives has, for most of us, no name. Mention it in conversation and you’ll be rewarded with a shrug. Complexity Economics Shows Us Why Laissez-Faire Economics Always Fails. By Eric Liu and Nick Hanauer During 2007 and 2008, giant financial institutions were obliterated, the net worth of most Americans collapsed, and most of the world’s economies were brought to their knees.

At the same time, this has been an era of radical economic inequality, at levels not seen since 1929. How Markets Magnify the Role of Luck and Create the Illusion of Meritocracy. By Robert H. Frank Why do hardworking people with similar talents and training often earn such dramatically different incomes? And why, too, have these earnings gaps grown so much larger in recent decades? Don’t Tell Your Friends They’re Lucky.

Cornell professor of economics Robert Frank says he’s alive today because of “pure dumb luck.” In 2007, he collapsed on a tennis court, struck down by what was later diagnosed as a case of sudden cardiac death, something only 2 percent of victims survive. Frank survived because, even though the nearest hospital was 5 miles away, an ambulance just happened to be responding to another call a few hundred yards away at the time. Since the other call wasn’t as serious, the ambulance was able to change course and save Frank. Inequality and Skin in the Game – INCERTO – Medium. In this chapter I will propose that effectively what people resent –or should resent –is the person at the top who has no skin in the game, that is, because he doesn’t bear his allotted risk, is immune to the possibility of falling from his pedestal, exiting the income or wealth bracket, and getting to the soup kitchen.

Again, on that account, the detractors of Donald Trump, when he was a candidate, failed to realize that, by advertising his episode of bankruptcy and his personal losses of close to a billion dollars, they removed the resentment (the second type of inequality) one may have towards him. There is something respectable in losing a billion dollars, provided it is your own money. Extreme Inequality Is Not Driven by Merit, but by Rent-Seeking and Luck. Joseph Stiglitz Says Standard Economics Is Wrong. Inequality and Unearned Income Kills the Economy. By Joseph Stiglitz In the middle of the twentieth century, it came to be believed that ‘a rising tide lifts all boats’: economic growth would bring increasing wealth and higher living standards to all sections of society.

Nobel Prize Economist Says American Inequality Didn’t Just Happen. It Was Created. Inequality: Capital in the long run. Henry Ford, When Capitalists Cared. Profits At High, Wages At Low. Nick Hanauer. Our Gardenbrain Economy. The Ignorance of Nick Hanauer's TED Speech. The Income-Inequality Myth. As we listen to President Obama, Occupy Wall Street, and much of the mainstream media working themselves into a lather over inequality in America, one thinks of Harrison Bergeron, the 1961 short story by Kurt Vonnegut that posited a society based on perfect equality, “not only equal before God and the law … equal every which way.”

The government employed a “Handicapper General” to ensure that no one was smarter, more athletic, or more productive than anyone else. Index.pdf (application/pdf Object) We Are The One Percent. David Graeber: “Spotlight on the financial sector did make apparent just how bizarrely skewed our economy is in terms of who gets rewarded” An Investment Manager's View. Beyond the charts and warnings from economists and investors, perhaps the most disturbing commentary on income inequality in America was written by an investment manager in 2011. Swimming in Money. In the week since eastern Ukraine's pro-Russian separatists withdrew from Slavyansk on July 5, ceding control of their de facto capital to Ukrainian armed forces, their allies in Russia have begun to turn on them.

Joseph Stiglitz: No, Spiraling Inequality Isn't Inevitable. Why Inequality Matters and What Can Be Done About It. Inequality and the Modern Culture of Celebrity. The WhatsApp Deal Is Everything Wrong With The US Economy. 'The Cuckoo's Calling' Reveals A Lot About Publishing.