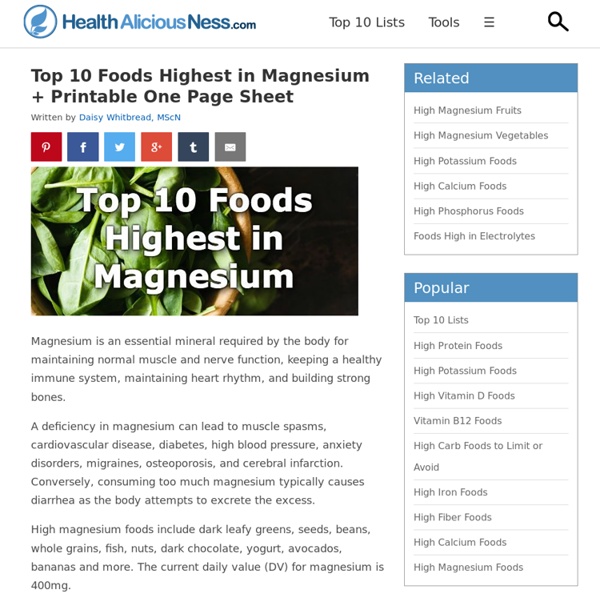 Related:  Eat to Live • In Relation to Vitamins & Antioxidants • Fōda

Ditch the almond milk: why everything you know about sustainable eating is probably wrong In food and drink, we all want to do the right thing. We want to shop and eat sustainably. But, sometimes, it is easier said than done. Our willingness to jump on the latest eco-trends and unquestioningly accept reassuring labelling can lead to unintended consequences. If we are serious about eating green, we need to read beyond the headlines and think rigorously about how we apply ethical advice in our own lives.

Food subsidies and taxes significantly improve dietary choices BOSTON (March 1, 2017)—A new systematic review and meta-analysis finds that lowering the cost of healthy foods significantly increases their consumption, while raising the cost of unhealthy items significantly reduces their intake. While everyone has a sense that food prices matter, the magnitude of impact of food taxes and subsidies on dietary intakes, and whether this varies by the food target, has not been clear. For the review, a team of researchers identified and pooled findings from a total of 30 interventional and longitudinal studies, including 11 that assessed the effect of higher prices (taxation) of unhealthy foods and 19 that assessed the effect of lower prices (subsidies) of healthy foods. The findings were published in PLOS ONE on March 1.

Eating Healthy Is Good for Your Brain The more fruits, vegetables and fish respondents say they eat, the better they rate their brain health and overall health. Sixty-three percent of the adults surveyed say they eat a healthy diet up to three or four days a week. Those who eat seafood in a typical week, but not red meat, report better brain health and higher average mental well-being scores than individuals who have red meat but not seafood. The survey results are in line with new recommendations by AARP’s Global Council on Brain Health (GCBH), which conclude that a plant-based diet rich in fruits and vegetables is associated with better brain health and that eating fish and other seafood seems to improve cognitive function. In addition, excessive amounts of alcohol, saturated fats and salt are all harmful to brain health, according to the GCBH. The foods that researchers say lead to brain health are the same ones that studies consistently show promote good heart health.

Healthy News and Information This Antioxidant Is More Important Than All Others by PAUL FASSA There are even ratings of antioxidant levels for foods such as cacao, blueberries, and others. They are important and beneficial. But the most important one is created by your liver, which in our toxic environment needs all the help it can get. It is glutathione. Storing Tips for Flour & Other Baking Essentials While it’s easy to tell whether a banana or a tomato is past its prime, flour and other baking essentials can be a bit trickier. Nearly all food products can go bad, and less-than-optimal conditions can speed up the process. Take inventory by examining and smelling whole grains and flours. Toss anything that looks bad, smells rancid, is expired, or has lost color or potency.

9 Ways to Boost Glutathione Coined “The Mother of All Antioxidants” by Mark Hyman, MD, glutathione is one of the hottest topics in both natural health and medical circles today. (1) Pronounced “gloota-thigh-own,” nearly 117,000 peer-reviewed scientific articles have addressed this powerhouse molecule, and experts are now recognizing that an alarming rate of people are deficient because of: Pre-mature agingInfectionsChronic stressInjuriesEnvironmental toxinsSo-called “health foods”Genetically modified foodsArtificial sweetenersOveruse of antibioticsAnd radiation therapy that is all too easily given to cancer patients today. Glutathione (GSH) is a peptide consisting of three key amino acids that plays several vital roles in the body. Longevity researchers believe that it is so pivotal to our health that the level of GSH in our cells is becoming a predictor of how long we will live! (2, 3, 4)

8 Biggest Myths About Dairy For something as common in many of our diets as dairy, it’s a little surprising that there are so many misconceptions about how it impacts our bodies and the environment. Read on for some of the biggest myths about dairy. 1. Spaghetti with Mushrooms, garlic and oil Difficulty: bassa 18 minutes What Does Your Food Craving Mean? THIS is What You Should Eat Instead! We all get those moments of “weakness” when we succumb to our food craving and ruin our diet plan or healthy eating streak. However, recently a group of medical doctors and scientists came to an astounding conclusion that the best diet is when we listen to our body’s cravings. Our body knows best what it lacks and needs to function properly. And on the other hand, what you think you crave is a representation of a certain chemical your consciousness associates with a food that you have eaten in the past. “You crave what you eat, so if you switch what you’re eating, you can weaken your old cravings and strengthen new ones,” says Marcia Pelchat, PhD, of the Monell Center.