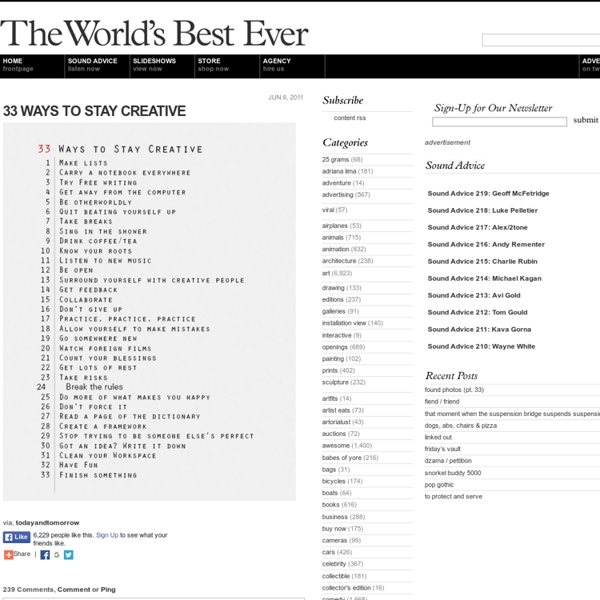 Researchers discover how and where imagination occurs in human brains Philosophers and scientists have long puzzled over where human imagination comes from. In other words, what makes humans able to create art, invent tools, think scientifically and perform other incredibly diverse behaviors? The answer, Dartmouth researchers conclude in a new study, lies in a widespread neural network—the brain's "mental workspace"—that consciously manipulates images, symbols, ideas and theories and gives humans the laser-like mental focus needed to solve complex problems and come up with new ideas. Their findings, titled "Network structure and dynamics of the mental workspace," appear the week of Sept. 16 in the Proceedings of the National Academy of Sciences. "Our findings move us closer to understanding how the organization of our brains sets us apart from other species and provides such a rich internal playground for us to think freely and creatively," says lead author Alex Schlegel , a graduate student in the Department of Psychological and Brain Sciences.

7 Deadly Sins of Creativity Email Creativity is not just for artists and poets. Everybody has the potential to exercise their creative mind – to innovate new ways of accomplishing things that will ultimately make life easier and more gratifying. Creativity magnifies the effectiveness of our natural talents, generating elevated levels of success and happiness by helping us discover more efficient ways to do what we love to do.

Top 10 Screenwriting Tips Introduction to Screenwriting How to become a screenwriter Over the last quarter century I’ve stumbled and lurched my way to some understanding of the screenwriter’s craft. As our AFTRS Graduate Certificate of Screenwriting students begin their journey, I thought I’d share the 10 things I wish I’d know when I started out. 1. How To Write Better Than You Normally Do Writing is a muscle. Smaller than a hamstring and slightly bigger than a bicep, and it needs to be exercised to get stronger. Think of your words as reps, your paragraphs as sets, your pages as daily workouts. Think of your laptop as a machine like the one at the gym where you open and close your inner thighs in front of everyone, exposing both your insecurities and your genitals.

How To Steal Like An Artist by Austin Kleon Wednesday, March 30th, 2011 Buy the book: Amazon | B&N | More… Here’s what a few folks have said about it: “Brilliant and real and true.” Twelve Things You Were Not Taught in School About Creative Thinking 2382 516Share Synopsis Aspects of creative thinking that are not usually taught. 1. Michael Clayton Beat Sheet Written and Directed by Tony Gilroy Running time: 116 minutes Year: 2008 PROTAGONIST: Michael Clayton, a mid-40’s, high-powered law firm’s fixer.CHARACTERIZATION/MAIN MISBEHAVIOR: former gambling addict and fixer of immoral actions. He is a demoralized man in the midst of financial strain.EXTERNAL GOAL: To pay off the loan shark / To solve Arthur’s murderINTERNAL GOAL: To find purpose in life / To redeem himself of past sinsMAIN DRAMATIC CONFLICT: Arthur and U/North.THEME: Redemption can come with a high price.CENTRAL DRAMATIC QUESTION: Will Michael redeem himself for years of playing clean-up for the immoral games of others?ENDING: Michael secretly tapes a confession from U/North CEO, Karen Crowder, for both Arthur’s murder and his attempted murder, and single-handedly takes down both U/North and Kenner Bach.ARC: Michael goes from a fixer of immoral actions, to man a who sacrifices his career and wealth to call attention to the unethical deeds of both U/North and Kenner Bach.

Kickstarter: The World's Top Platform to Fund Creativity Bio Yancey Strickler Yancey Strickler is a cofounder of Kickstarter, the world's largest funding platform for creative projects. Every week, tens of thousands of people pledge millions of dollars across the site to projects in music, film, art, technology, design, games, fashion, food, publishing, and other creative fields. Since its launch in April 2009, the site has channeled more than $150 million in funding to creators who maintain full ownership and creative control of their work.

How To Get Your Writing Rejected like an Idiot When novelist Helen Simonson ( Major Pettigrew's Last Stand) was asked to help winnow entries for short story contests and literary journals, it was her turn to switch from seeking approval to giving it out. Sparingly. As she puts it: Having spent many years putting hours of effort and creativity into my own work -- sending off brown envelopes filled with still-warm pages, to various editors and judges -- it is rather horrifying to discover that it takes me about a minute to know that yet another manuscript is about to be "binned" as they say. In a sort of apology, I feel the least I can do is to reveal a few of the instant signs that your writing genius will not be discovered by the judges this time around!

'How Creativity Works': It's All In Your Imagination iStockphoto.com What makes people creative? What gives some of us the ability to create work that captivates the eyes, minds and hearts of others? Jonah Lehrer, a writer specializing in neuroscience, addresses that question in his new book, Imagine: How Creativity Works. 18 Things Highly Creative People Do Differently This list has been expanded into the new book, “Wired to Create: Unravelling the Mysteries of the Creative Mind,” by Carolyn Gregoire and Scott Barry Kaufman. Creativity works in mysterious and often paradoxical ways. Creative thinking is a stable, defining characteristic in some personalities, but it may also change based on situation and context. Inspiration and ideas often arise seemingly out of nowhere and then fail to show up when we most need them, and creative thinking requires complex cognition yet is completely distinct from the thinking process.

10 Screenwriting Lessons You Can Learn from "The Graduate" For the foreseeable future, every Tuesday will be a Scriptshadow Secrets type breakdown of a great movie, giving you 10-12 screenwriting lessons from some of the best movies of all time. Today will be the first entry, “The Graduate.” Next week will be The Big Lewbowski. And going forward from there, I’ll be taking suggestions. Feel free to offer potential films in the comments section, and if you like what someone’s suggested, make sure to “like” their comment so I know what the most popular requests are. Logline: A college graduate comes back home, where he’s pursued by one of his mother’s friends, a relationship that is tested when he falls in love with the woman’s daughter.

The Most Memorable Creative Projects of 2011 It’s that time of the year when we slowly begin wrapping up the 2011. Before we say goodbye, lets take a quick moment to look back at some of the best and most memorable projects of 2011. There is no mechanism in deciding these and neither-nor all projects here are spectacular and magnificent but instead we feel they offer a brief insight and a form of introduction to what may lie ahead. 10. MIT Media Lab identity [Processing] In 2010 MIT Media Lab approached TheGreenEyl and E Roon Kang to update their identity for the lab’s 25th anniversary.

How To Write a Column like a Champ Column Writing Tips Many young writers prefer to write columns rather than straight news or features. Straight news is deemed to be boring – covering press conferences and reporting who said what. Feature stories involve too much reporting and require discipline to follow a set structure.