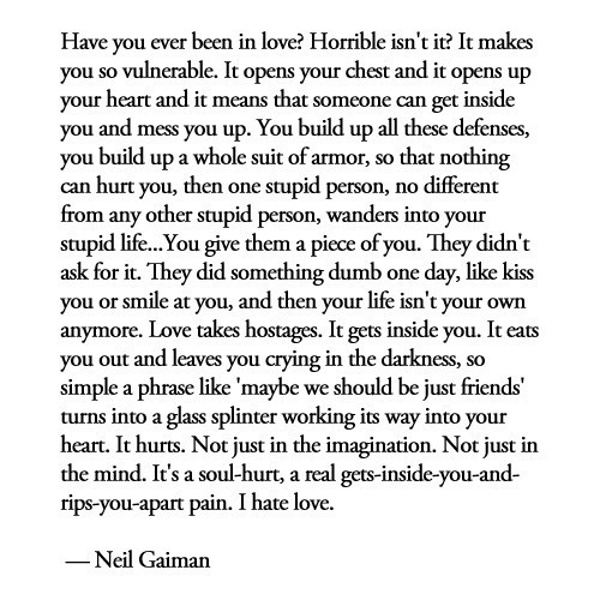 Ten largest North American anime conventions of 2009 - AnimeCons News News Report January 12, 2010 Ten largest North American anime conventions of 2009 by Patrick Delahanty, AnimeCons.com Senior Editor Looking back on 2009, there seem to be two black clouds hanging over the anime convention world: the economy and the swine flu scare. While they may have been a concern for those attending anime conventions, the anime convention industry still saw some growth throughout the year, even if that growth wasn't as rapid as it had been several years ago. The Best Kind of Love If You Don't Know Me By Now The Best Kind of Love By Annette Paxman Bowen I have a friend who is falling in love. She honestly claims the sky is bluer. Year In Review: The 11 Best Short Films of 2011 Over the course of the year, curating the Short Film of the Day feature has given me a deep and affecting appreciation of the art form. Before, I hadn’t given much thought to the little bastards, but the truth is that they are incredibly versatile and representative of the boundaries that film can break. They can be jokes told well or human dramas driven home. They can be a perfect bite or demand to be expanded into a full meal. They can feel classic or break out into the long, strange realm of experimentation.

Shift_JIS art An example of American Shift_JIS art. Giko Neko(ギコネコ, gikoneko?) Posted on the BBSHONTEN(HIRU NO BU)(本店（昼の部）, honten(hirunobu)?) in 1998. The greatest irony of life The greatest irony of life is loving the right person at the wrong time, having the wrong person when the time is right and finding out you love someone after that person walks out from your life. Sometimes you think you’re already over a person but when you see them smile at you, you’ll suddenly realize that you’re just pretending to be over them just to ease the pain of knowing that they will never be yours again. For some, they think that letting go is one way of expressing how much you love the person. Most relationships tend to fail not because the absence of love; love is always present. It’s just that one was being loved too much and the other was being loved too little.

How To Lead A Creative Life [Infographic] [Close Window] By Jason Feifer Our complete guide to making your inner genius your greatest on-the-job asset. Back to article >> Infographic by Pop Chart Lab Ann Eliza Young A lithograph of Ann Eliza Young, sometime between 1869 and 1875 Ann Eliza Young (September 13, 1844 – December 7, 1917) also known as Ann Eliza Webb Dee Young Denning[1] was one of Brigham Young's fifty-five wives and later a critic of polygamy.[2] She spoke out against the suppression of women and was an advocate for women's rights during the 19th century.[3] Early life[edit]

Never Ignore a Person Who Loves You When you are around someone so long who loves you it is easy to take them for granted. One of the many challenges of a relationship is keeping it fresh, and not taking for granted that you are in one. In order to do this we must show how much we love one another everyday, forgetting to do so will simply lead a relationship to its demise. There are many things you can do to show someone how much you appreciate and love them.