31 Quotes That Will Give You Chills 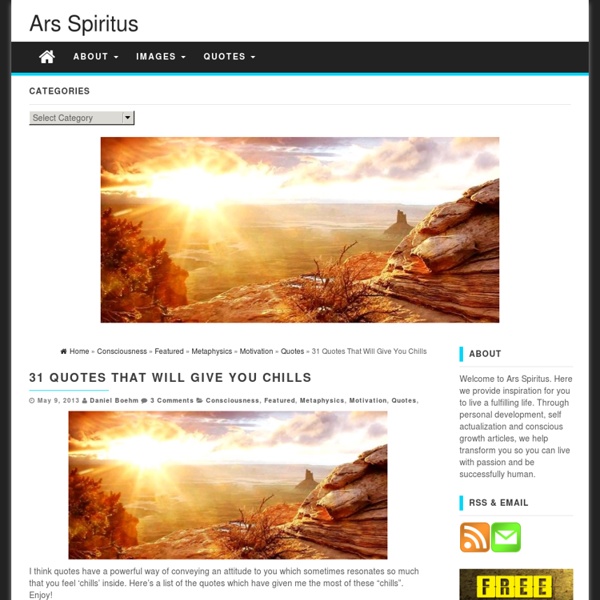 The World is Your Oyster In my last blog post, I wrote about some of the vocabulary that we associate with the season of autumn. Words like apples, leaves, pumpkin, nuts, squirrels, trees, orange, red, soup, casserole, golden, chestnuts, mist and plenty more. In this post, I’d like to share with you 10 idioms that I’ve found related to some of the words above. So let’s start with the word ‘autumn’ itself. 1. Autumn years – it is often used to refer to the later years in someone’s life“In his autumn years, Peter was able to enjoy his garden a lot more” The Secret Life of Trees: The Astonishing Science of What Trees Feel and How They Communicate Trees dominate the world’s the oldest living organisms. Since the dawn of our species, they have been our silent companions, permeating our most enduring tales and never ceasing to inspire fantastical cosmogonies. Hermann Hesse called them “the most penetrating of preachers.”

Underlined Book Quotes Become Clever Illustrations Bookworm or not, you can't help but enjoy these black and white illustrations of literary quotes by Evan Robertson. The New York-based graphic designer has taken some of the cleverest lines written by famous authors such as William Faulkner and Oscar Wilde and turned them into wonderful posters. These literature-inspired fine art illustrations are currently being sold on Etsy under the name Obvious State. Robertson would see a "little jewel of a sentence" and he'd underline it. Then, he would take those "snippets of text and ideas" and "let the words be a springboard for an illustration."

Mark Twain’s Top 9 Tips for Living a Kick-Ass Life “It’s no wonder that truth is stranger than fiction. Fiction has to make sense.” “Let us live so that when we come to die even the undertaker will be sorry.” “When your friends begin to flatter you on how young you look, it’s a sure sign you’re getting old.” You may know Mark Twain for some of his very popular books like Adventures of Huckleberry Finn and The Adventures of Tom Sawyer. He was a writer and also a humorist, satirist and lecturer. 40 Belief-Shaking Remarks From a Ruthless Nonconformist If there’s one thing Friedrich Nietzsche did well, it’s obliterate feel-good beliefs people have about themselves. He has been criticized for being a misanthrope, a subvert, a cynic and a pessimist, but I think these assessments are off the mark. I believe he only wanted human beings to be more honest with themselves. He did have a remarkable gift for aphorism — he once declared, “It is my ambition to say in ten sentences what others say in a whole book.” A hundred years after his death, Nietzsche retains his disturbing talent for turning a person’s worldview upside-down with one jarring remark.

Idioms – as clear as mud? Miranda Steel is a freelance ELT lexicographer and editor. She has worked as a Senior Editor for dictionaries for learners at OUP and has also worked for COBUILD. In this post, she looks at some of the weird and wonderful idioms in the English language. Artist Who Lost A Friend Creates A Comic Tribute That’ll Inspire You To Drop Everything And Start Living Ever feel trapped by life? Ever wanted to quit your job, sell your car, and hit the open road with nothing but what you can carry on your back? Well as you can see from this inspiring comic tribute, the late Patrick Joseph Falterman II did just that. Patrick, who ran a website called hitchtheworld.com, recently died after the plane he was piloting crashed in Liberty County, Texas.

60 Selected Best Famous Quotes In this posting you will find my selection of the very best 60 quotes, from nearly a decade of collecting them. They range from the profound to the intriguing to the just plain funny. One way or the other, you’ll surely find many of them to be thought-provoking and entertaining.