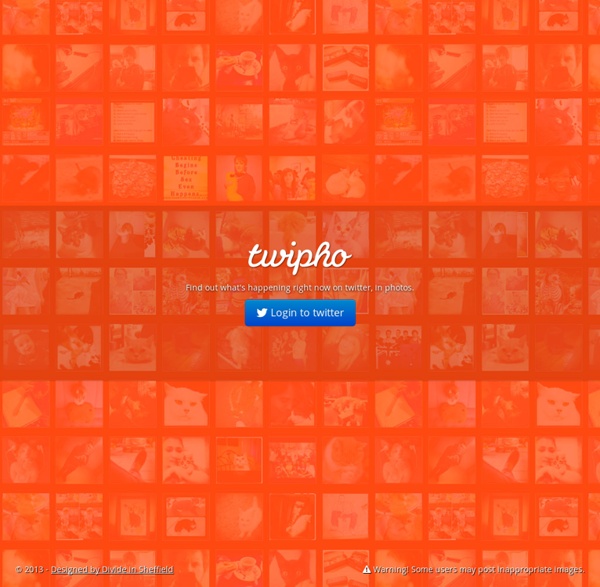 5 Good Image Search Engines Apart From Google Image Search Image search engines sift through the web searching by type of image, by license or by tags and keywords. There are of course, standalone photo reservoirs like Flickr, Stock.xchng, Photobucket, Morguefile et.al; but your kind of image may just be tucked away in some other obscure corner of the web. Google Image Search is powerful but it always pays to have a few more options up your browser. This is where these five image search engines come into the picture. Cyclo.ps In Greek mythology, it’s a giant with a single eye. Top 10 Websites to Back Up Your Tweets As a matter of fact, all your tweets will be stored on Twitter.com, but only those posted in about 10 days are available for search, and it is hard to track the old tweets, so that to back up your tweets will be useful, especially when you are going to review your old tweets. To back up your tweets, you can check out below 10 websites, all of which will let you do that for free. 1.

search+photos Twitter brings the most meaningful information in the world right to your pocket. And, we’re constantly working on ways to make that even better. One good search can take you #anywhere. Today we’re starting to roll out a completely new version of Twitter search. TrueTwit : se encarga de confirmar que las personas que hacen follow a un usuario de Twitter sean precisamente eso, personas Twitter spam is a drag. What if you could know for sure that your followers are truly human, and not some bot? TrueTwit is designed to help you: Verify people from robots Avoid Twitter spam Save time managing your followers There are two versions: Premium Upgrade TrueTwit Premium builds on the follower management in TrueTwit Basic by doing an in-depth, automated analysis of your followers and their tweets, and has the following features: No direct messaging of new followers.

Google Ultimate Interface About Google In 1996-1997, Larry Page and Sergey Brin came up with an algorithm to rank web pages, called PageRank. Realizing the potential to improve search engines, they tried and failed to sell the technology to any. So they founded Google, which in an incredibly short period of time has become one of the world’s most powerful companies. While primarily known as a search engine, Google now makes a wide variety of web-based and other software and is known for investing in wide-ranging projects outside their core such as through their philanthropic arm, Google.org.

TweetPsych TweetPsych lists creates a psychological profile of any public Twitter account and compares it to the thousands already in the database. This identifies those traits that are used more or less frequently by the user analyzed. TweetPsych Report for @dutchital: 10 Realtime and Reliable Photo Search Engines Thanks to services like Twitter and Instagram, and the global ‘smartphone saturation’ phenomenon, live reporting from big events has never been easier. No longer do we have to rely on professionals to deliver content and images from these events, we have our extended social networks doing this for us. And, because so many of these updates get fired into the ‘public’ timeline, virtually any update from anywhere can be found and shared in a matter of seconds. But, with all of this content creation happening, who is making sense of it, giving it some order and structure? You, of course. But, while we’ve taken to ‘leisurely’ content curation on platforms like Pinterest, ‘real-time content curation’ hasn’t been embraced with the same passion.

Who Tweeted It First : para saber quién tuiteó algo por primera vez Who Tweeted It First Know who shared a link or tweeted a quote first on Twitter Search #FirstTweet About ChartsBin.com What is ChartsBin? ChartsBin is a web-based data visualization tool that will allow everyone to quickly and easily create rich interactive visualizations with their own data. You can then share your interactive visualizations with others by embedding them in websites, blogs or sharing via Facebook or Twitter. We're focused on building the most exciting and engaging destination for statisticians, and computer scientists in the world. 100+ Social Media Monitoring Tools 100+ Social Media Monitoring Tools From fans to followers, brands are actively working to engage their current and future customers via social media — and online reputation management is quickly becoming a vital part of doing business. Social media monitoring helps brands discover, in real time, who is saying what online and where the conversations are happening so they can respond in a timely fashion. Businesses also need to measure, analyze, and report on their social media efforts.

Top 10 Tools For Uploading, Sharing Pictures On Twitter Twitter does not directly store photos but there are plenty of third party Twitter apps and Twitter tools that can. Whether you need a simple Twitter tool to share quick pics or a feature rich image sharing application there’s many to choose from. We’ve identified some of the top sites to share Twitter images and upload Twitter pictures below. Feel free to leave your comments regarding any of the Twitter related services listed to let us know your opinion and past experiences so we can share them with other users. Also, if you don’t see your favorite Twitter picture sharing tool here, please let us know and we’ll add it to our list. TwitPic – This is one of the most well-known Twitter tools for sharing photos.