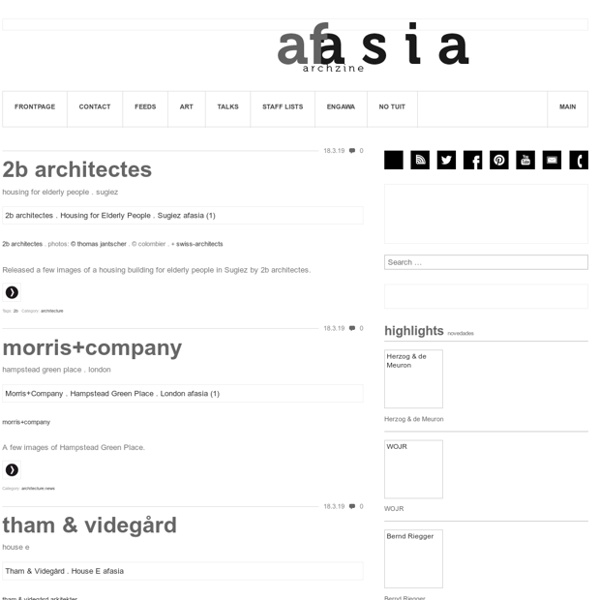 Erwin Heerich Museum Insel Hombroich . Neuss toddhosfelt Just minutes from Düsseldorf, Germany, Museum Insel Hombroich fuses architecture, art and nature on over 62 acres of meadowland. It is both a park and a museum where spaces are carefully designed so that the visitor experiences an effortless flow between structures and open air.

Fotomontajes This past post received a lot of feedback from you asking for a more detailed breakdown of the illustrations. The interior illustration in particular got a lot of attention so I am going to start with that one. Since several different parts of the workflow have already been talked about in the past, I will be adding links to the corresponding sections to avoid too much duplicate information on this site. Galerie Chantal Crousel - David Douard Born in 1983 in Perpignan, France. Lives and works in Aubervilliers, France. Education (show/hide) Graduated from École nationale supérieure des Beaux-Arts, Paris. Solo exhibitions (show/hide) 2016 Kunstverein Braunschweig, Braunschweig, Germany (September).

As tears go by A blog featuring stills from films and their corresponding color palettes. A tool to promote learning and inspiration. Updated daily. About / Films / Cinematographers / Contact / Ask me anything