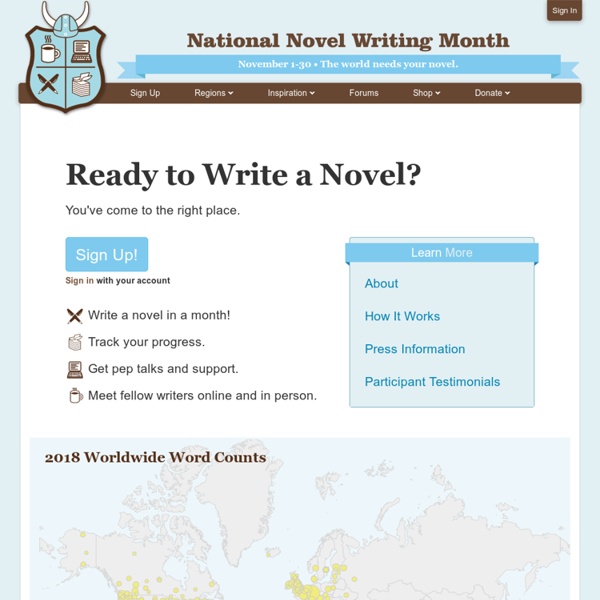 23 Websites that Make Your Writing Stronger We are all apprentices in a craft where no one ever becomes a master. ~Ernest Hemingway How strong is your writing? Naomi Rose can help you with: how to write a book, writing a book, short story writing, writing child book, tips on writing a book, steps to writing a book, writing your own book, writing a non fiction book, Book coaching, Book-writing guidance, Help writ by Naomi Rose Reprinted from Massage Magazine, Issue 104, Sept. – Oct. 2003 Most people don’t think of massage and writing as having anything to do with each other. After all, one is nonverbal, the other verbal. Even the human brain relegates these abilities into different hemispheres, the right and the left.

Rhythm and Meter in English Poetry Rhythm and Meter in English Poetry English poetry employs five basic rhythms of varying stressed (/) and unstressed (x) syllables. The meters are iambs, trochees, spondees, anapests and dactyls. In this document the stressed syllables are marked in boldface type rather than the tradition al "/" and "x." Writers forum - J K Rowlings Writing Process From this site Planning This is by far the most underrated of the steps in the writing process. And in the final wash up it is absolutely the most important. It was 1990 and Jo Rowling was on a train between Manchester and London. English 50 Exercises for Story Writers English 50 – Intro to Creative Writing: Exercises for Story Writers Basic Theory: What is a short story?

Eight Secrets Which Writers Won&#039;t Tell You Image from Flickr by Lazurite This is not particularly relevant to the post, but I’m getting an awful lot of comments telling me, often a little snarkily, “it’s ‘THAT’ not ‘WHICH’”. The “don’t use which for restrictive clauses” rule comes (as far as I can tell) from Strunk and White. Plenty of authors, including Austen, have used “which” exactly as I use it in the title. It’s very commonly used like this here in England, so I’m guessing my comments are coming from US readers.

The Ultimate Guide to Writing Better Than You Normally Do. Writing is a muscle. Smaller than a hamstring and slightly bigger than a bicep, and it needs to be exercised to get stronger. Think of your words as reps, your paragraphs as sets, your pages as daily workouts. Think of your laptop as a machine like the one at the gym where you open and close your inner thighs in front of everyone, exposing both your insecurities and your genitals. Because that is what writing is all about. Procrastination is an alluring siren taunting you to google the country where Balki from Perfect Strangers was from, and to arrange sticky notes on your dog in the shape of hilarious dog shorts.

Ono no Komachi Very little is known about this Japanese poetess, and most of it is legendary. She lived around 850 C.E. (b. 834?)