Seven Tips From Ernest Hemingway on How to Write Fiction 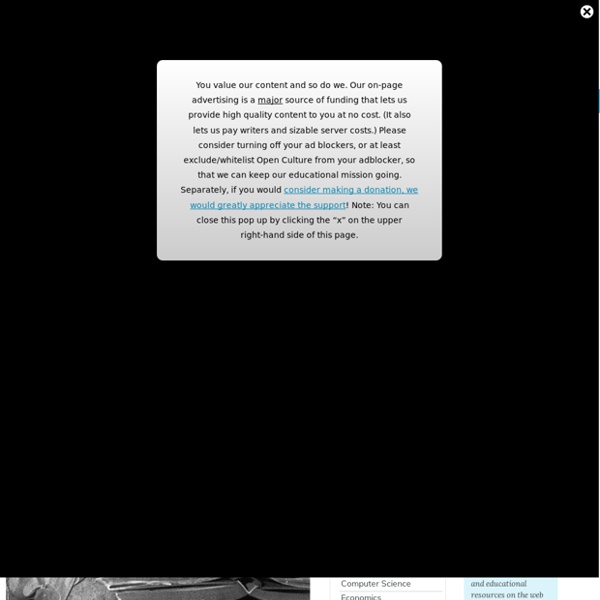 Image by Lloyd Arnold via Wikimedia Commons Before he was a big game hunter, before he was a deep-sea fisherman, Ernest Hemingway was a craftsman who would rise very early in the morning and write. His best stories are masterpieces of the modern era, and his prose style is one of the most influential of the 20th century. Hemingway never wrote a treatise on the art of writing fiction. He did, however, leave behind a great many passages in letters, articles and books with opinions and advice on writing. Some of the best of those were assembled in 1984 by Larry W. 1: To get started, write one true sentence. Hemingway had a simple trick for overcoming writer's block. Sometimes when I was starting a new story and I could not get it going, I would sit in front of the fire and squeeze the peel of the little oranges into the edge of the flame and watch the sputter of blue that they made. 2: Always stop for the day while you still know what will happen next. 5: Don't describe an emotion--make it.

Searching for New Writing Markets? Try These Tips and Journals (kathysteinemann.com) Are you a writer or a poet? Have you considered publishing in literary journals? Here are tips for finding markets, and a section with links to four paying journals. edgar allan poe Personal tragedy was, unfortunately, a recurring theme throughout Edgar Allan Poe's life. Born in Boston in 1809 to actor parents, he never knew his father David Poe, who left his mother and disappeared soon after Edgar was born, then died in Virginia in 1810. His mother, who suffered from tuberculosis (then called consumption), died in Richmond, Virginia in late 1811, orphaning Edgar, his older brother William Henry, and half-sister Rosalie. Frances Allan of Richmond convinced her wealthy merchant husband John to take the child Edgar into their home. It was here that Edgar was to be raised, with his early influences being the stories of house slaves and the tales told by skippers and sea merchants. The dead and dying would always have a strong hold over Edgar, as demonstrated by the anecdote that a six-year old Edgar was once "seized with terror" as he passed by a local graveyard, convinced that the spirits of the undead would run after him.

10 Books Every Fantasy Author Should Read What an awesomely capacious list, what with the fiction and the non-fiction. (It's an even better list after I reread the title of the article and saw that it didn't say "10 Book Every Fantasy Author Should Read Daily.") I want to add an enthusiastic cheer for Mendlesohn book of criticism, which is rich with description, analysis, and not prescriptive or tyrannical in its breakdown. I almost want to separate out this list into its constituent parts: 10 Fiction books (everyone's list here might vary, so I leave that to your consciences), 10 Non-fiction history research books (which would greatly depend on what period your fantasy is set in), 10 Critical works on sf/f (with the caveat that some of these books are less easy to read than Mendlesohn's). Flagged

- StumbleUpon Who came up with the idea that we are supposed to drink orange juice at breakfast? And why, if oatmeal is so good for us, do we eat that only in the morning as well? Apologies to the Palinites, but nutritionists are starting to realize that you and I like our oatmeal and OJ before we start the day because we evolved to like it that way—because enjoying the two together is healthier than eating each of them alone. Epidemiologist David R. Jacobs, Ph.D., of the University of Minnesota calls it food synergy, and he, along with many other nutritionists, believes it might explain why Italians drizzle cold-pressed olive oil over tomatoes and why the Japanese pair raw fish with soybeans.

Pixar’s 22 Golden Rules of Storytelling Back in 2011, then Pixar storyboard artist Emma Coats (now freelancing) tweeted 22 rules of storytelling, according to Pixar. Coats learned the ‘guidelines’ from senior colleagues on how to create appealing stories, tweeting the nuggets of wisdom over a 6 week period. Last week, artist and User Experience Director at Visceral Games (a subsidiary of Electronic Arts), Dino Ignacio, created a series of image macros of the 22 rules and posted them to Imgur and Reddit. Below you will find the list of image macros along with a text summary of Pixar’s 22 rules of storytelling at the end of the post. Enjoy! Writing Tips by Henry Miller, Elmore Leonard, Margaret Atwood, Neil Gaiman & George Orwell Image by Austin Kleon Here's one way to become a better writer. Listen to the advice of writers who earn their daily bread with their pens.

books of the decade Anybody remember how anxious and thrilled we were in those last months of the 20th century? When we weren't at war and we had a budget surplus and it looked like Al Gore would be president? The prospect of a 21st century filled with new technologies, new art and literature loomed large and bright. 10 Most Commonly Misused Words Think you’re the best writer or speaker in the world? After viewing this infographic of the 10 most commonly misused words, you may want to think again. Even though we learn how to spell and use words in properly in grade school, this information is often forgotten once we get older. Even worse, because we hear everyone else using a word a certain way, we tend to follow suit and do the same thing. For instance, how many times have you called something a “travesty” when referring to a tragedy or unfortunate event? You probably hear the word used like that all the time, but it’s wrong.