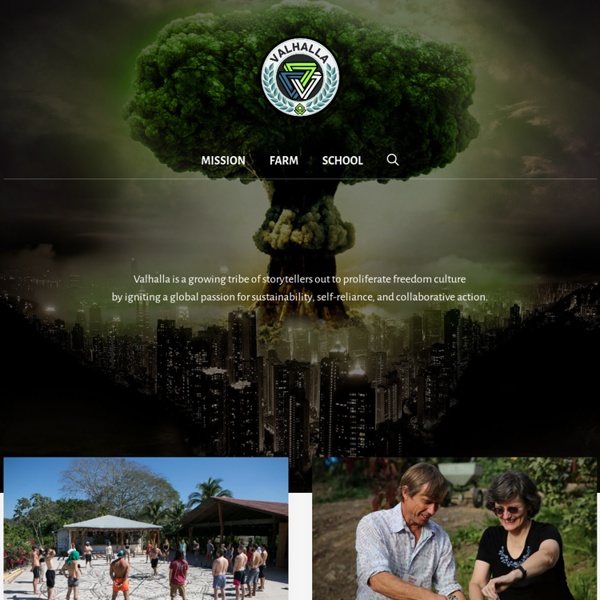 20 Albums To Begin A Journey into Jazz This is for you if you want to a journey into listening to jazz more seriously, or if a friend asks you what jazz records they should listen to in order to appreciate it more fully. It's no good people starting to listen to jazz on the margins; it's like giving a ten year old, Tolstoy's 'War & Peace' to read, chances are they will not make it past the first page. There are some jazz fans that can be awfully snooty about the music they love, they almost try to turn it into a club that refuses to let in new members. So we decided to put together a list of the 20 albums to start your collection with. Every one is a brilliant record and no discerning jazz fan would turn their nose up at any one of them. So our list is both credible and accessible. It includes albums like Miles Davis's, Kind of Blue, Bill Evan's, Waltz For Debby and John Coltrane's, Blue Train; all three consistently make the list of the most important jazz albums ever.

300+ Mind Expanding Documentaries Source: www.diygenius.com | Original Post Date: January 12, 2014 – I watch a lot of documentaries. I think they are incredible tools for learning and increasing our awareness of important issues. The power of an interesting documentary is that it can open our minds to new possibilities and deepen our understanding of the world. On this list of mind expanding documentaries you will find different viewpoints, controversial opinions and even contradictory ideas. Watching documentaries is one of my favorite methods of self-education. I hope you find these documentaries as enlightening as I did! [1] Life In The Biosphere Explore the wonder and interconnectedness of the biosphere through the magic of technology. 1. [2] Creativity and Design: Learn about all the amazing things that people create with their imaginations. 1. [3] The Education Industrial Complex: The modern school where young minds are moulded into standardized citizens by the state. 1. [4] The Digital Revolution: 1. 1. [6] Politics: 1.

THC and CBD | Cannabis Effects THC (Delta-9-tetrahydrocannabinol) is the chemical in cannabis that makes you stoned. There can be a huge difference in the amount of THC in the cannabis you buy, sometimes it will be hardly anything, and other times it can go up to 40%. When THC enters your brain it has many effects – it can make you happy, relaxed and giggly. It can also make you feel stressed, paranoid, forgetful and sometimes make you see things that aren’t there. It can also make your heart beat faster and give you red eyes, because it makes your blood vessels open. CBD (cannabidiol) is the second most common chemical in the cannabis plant after THC.

Mindfulness (psychology) Mindfulness as a psychological concept is the focusing of attention and awareness, based on the concept of mindfulness in Buddhist meditation.[1] It has been popularised in the West by Jon Kabat-Zinn.[2] Despite its roots in Buddhism, mindfulness is often taught independently of religion.[3][4] Clinical psychology and psychiatry since the 1970s have developed a number of therapeutic applications based on mindfulness for helping people suffering from a variety of psychological conditions.[5] Several definitions of mindfulness have been used in modern psychology. According to various prominent psychological definitions, Mindfulness refers to a psychological quality that involves bringing one’s complete attention to the present experience on a moment-to-moment basis,[6] or involves paying attention in a particular way: on purpose, in the present moment, and nonjudgmentally,[6] Bishop, Lau, and colleagues (2004)[8] offered a two-component model of mindfulness:

What is a Transition Initiative? It's a place where there's a community-led process that helps that town/village/city/neighbourhood become stronger and happier. It's happening in well over a thousand highly diverse communities across the world - from towns in Australia to neighbourhoods in Portugal, from cities in Brazil to rural communities in Slovenia, from urban locations in Britain to islands off the coast of Canada. Many of these initiatives are registered on the Transition Network website. These communities have started up projects in areas of food, transport, energy, education, housing, waste, arts etc. as small-scale local responses to the global challenges of climate change, economic hardship and shrinking supplies of cheap energy. Really, it's the opposite of us sitting in our armchairs complaining about what's wrong, and instead, it's about getting up and doing something constructive about it alongside our neighbours and fellow townsfolk. What are we "transitioning" away from? They then: ... and another:

AlanWattsLectures Alan Watts - Short Intro 35,901 views 5 months ago This short intro is only for use on my channel. Next lectures will be complete again.I would like to remind that i don't generate (and never will do) money from Alan Watts his lectures and i'm doing this all free. First lecture part: Out Of Your Mind Series - The Nature Of Consciousness "Big bang" part: Out of Your Mind Series - The Nature of Consciousness Vancouver sunrise timelapse: painting jars timelapse: The Buddhist Society: Buddhist Funerals Buddhism originated in North West India some 2,500 years ago, with the enlightenment of Siddhartha Gautama, who became known as the Buddha (the Awakened One). His teaching, or Dharma, then spread from its Indian home throughout Asia, and Buddhist civilisations were established in China, Tibet, Japan and East Asia generally. Many Buddhists in the UK come from families with ethnic links to one of these traditional Buddhist countries (e.g. The essential teachings of the Buddha are often presented in the following words:- ‘To avoid all evil, to cultivate good, and to cleanse one's mind — this is the teaching of the Buddhas.’ Attitudes To Illness In Buddhism old age, illness and death are acknowledged to be inherent in life itself, so Buddhists will generally appreciate frankness about diagnosis, the effects of treatment and prognosis. Attitudes To Pain Relief Death and Dying Death and dying ideally should take place in an atmosphere of peace, calm and sensitivity. Funeral Services

Collected Wisdom: 25 Bits of Advice on Making Ideas Happen When we asked our followers @99U to share the best advice they’d ever received on making ideas happen, the response to #99advice was overwhelming. Below, find 25 snippets of collective wisdom on taking action, overcoming failure, embracing the unknown, and more.“Start where you are with what you have.” – @aCeramicArtist “Stop. Every now and then, just stop—take a walk if you need to—the ideas will come when you stop thinking about it.” – @michaelcalleia “Share your idea; involve others; celebrate often.” – @StuGoulden “Your story will probably end up looking nothing like you thought it would. “Write your idea down and you’ve already begun.” – @HollyJaded “More time [to decide] without more information just creates anxiety, not insight.” – Seth Godin via @innoventionguy “Fail fast. “There is no ‘good’ or ‘bad’, there is only ‘make.’” – @classen_chris “Turn off Twitter.” – @jeremymeyers “Stop pretending you don’t have what it takes. “Don’t sit and stare at an empty page. “Everyone has ideas.

Community renewable energy companies One of the main pieces of infrastructure that a resilient community needs is control of its energy generation to the maximum possible extent. In terms of the ‘Plugging the leaks’ analogy, every time we pay our energy bills, millions of pounds pour out of our communities that could have stayed there creating jobs and a locally owned energy infrastructure. How possible is it that a community could own and manage significant local energy generation? Form a group: A project like this will need a focused team, strong leadership and good, clear group processes. Eco Dyfi, a community regeneration initiative in Wales, have documented their experiences with community renewables schemes such as Bro Dyfi Community Renewables’ two wind turbines, and offer the following advice based on their experiences. Awel Aman Tawe[i] is another community-run charity in south Wales which has planning consent for two turbines. The aims of TRESOC are: by Chris Rowland Transition in Action: Bath Community Energy.

Electron bubble An electron bubble is the empty space created around a free electron in a cryogenic gas or liquid, such as neon or helium. They are typically very small, about 2 nm in diameter at atmospheric pressure. Electron bubbles in helium[edit] At room temperature, electrons in noble gasses move about freely, limited only by collisions with the weakly interacting atoms. Below a critical temperature, the mobility of the electrons drops quickly to a value much below what is expected classically. Electron repulsion from the surface of helium[edit] When an electron is forced into liquid helium rather than floating on its surface, it forms a bubble rather than entering the liquid. Here E is the energy of the bubble, h is Planck's constant, m is the electron mass, R is the bubble radius, α is the surface energy, and P is the ambient pressure. The 2S electron bubble[edit] [edit] 1. External links[edit]