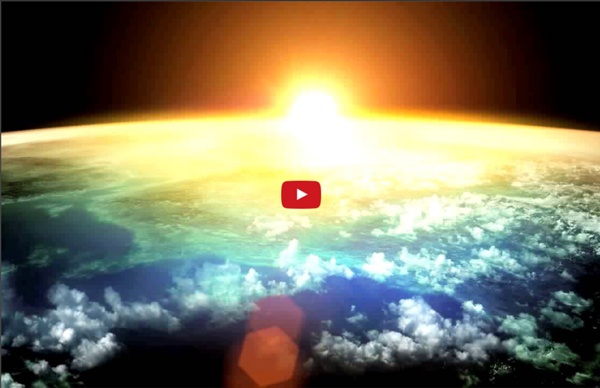 The Book of Five Rings The Book of Five Rings (五輪書, Go Rin No Sho?) is a text on kenjutsu and the martial arts in general, written by the swordsman Miyamoto Musashi circa 1645. There have been various translations made over the years, and it enjoys an audience considerably broader than only that of martial artists: for instance, some business leaders find its discussion of conflict and taking the advantage to be relevant to their work. The modern-day Hyōhō Niten Ichi-ryū employs it as a manual of technique and philosophy. Musashi establishes a "no-nonsense" theme throughout the text. For instance, he repeatedly remarks that technical flourishes are excessive, and contrasts worrying about such things with the principle that all technique is simply a method of cutting down one's opponent. Musashi describes and advocates a two-sword style (nitōjutsu): that is, wielding both katana and wakizashi, contrary to the more traditional method of wielding the katana two-handed. The five books[edit] The Book of Water[edit]

13 Nephilim Skulls Found In Mexico? So much of what we have been taught about ancient history is simply not true. According to Mexico’s National Institute of Anthropology and History, a team of archaeologists working close to the Mexican village of Onavas has made an amazing discovery. They reportedly found 13 ancient human specimens that had grossly elongated skulls. You can find original photographs of this discovery right here, but the descriptions of the photos are in Spanish. The Mexican scientists are telling us that these skulls are approximately 1,000 years old, and that no skulls of this nature have ever been found in this region of Mexico before. So exactly what is going on here? This group of elongated skulls in Mexico made headlines all over the globe when it was initially discovered. So what would cause a skull to become elongated like that? However, it does not explain all of them. For much more on this, check out the video that I have posted below of Sid Roth interviewing L.A. Why? Be Sociable, Share!

20 Unanswered Forbidden-History Questions Traditional educational systems basically teach us that the history of man only dates back to about 8,000 years ago while religious texts date mankind to approximately 6,000 years ago. It is more than obvious that there a massive push to occlude our true history and origins. While you may not agree with some of the questions, please try to view them with an open mind. As you’ll see, the history we have been taught has been manipulated and obscured from us. Ask yourself (or others) the following questions and feel free to comment at the end of the article! A map drawn on a gazelle skin of an unfrozen Antarctica was found in 1929. 1. The last time Antarctica was not frozen was at least 4,000 BC, so… 2. A tiny figurine made of baked-clay (right) was brought up in amongst the debris churned out by a huge drill bit during the drilling of a well in Nampa Idaho in 1889. 3. 4. According to Darwinism, man evolved from ape. 5. 6. In Ecuador, one large Jade cup and 12 smaller Jade cups were found. 7.

BBC Почему мы видим сны Odyssey.js Scroll Plymouth Sound, England A nautical chronometer made by Thomas Earnshaw (1749–1828), and once part of the equipment of HMS Beagle The morning of 27 December, the Beagle left its anchorage in the Barn Pool, under Mount Edgecumbe on the west side of Plymouth Sound and set out on its surveying expedition. St. Jago, Cape Verde Islands modern day Praia It is here that Darwin's description in his published Journal begins. Bahia, Brazil modern day Salvador Due to heavy surf they only stayed at Fernando de Noronha for a day to make the required observations, and Fitzroy decided to make for Bahia, Brazil, to rate the chronometers and take on water. Uruguay Cerro de Montevideo as seen from the city, in 1865. After storms, the Beagle reached Montevideo on 26 July 1832, and took observations for the chronometers. Much of the second day was taken up with excavating a large skull which Darwin found embedded in soft rock, and seemed to him to be allied to the rhinoceros. southern tip of South America Australia

Ancient Egypt and The Alternative Story of Mankind's Origins (Full Documentary) 10000 лет назад. Следы Богов. Артефакты. World's Tallest Waterslide: Why You Don't Fall Off Standing taller than Niagara Falls, a new waterslide — appropriately named Verrückt, which means "insane" in German — opened on Thursday (July 10) in Kansas City, Kansas. The slide stands 168 feet 7 inches (about 51 meters) tall, and is now officially recognized by Guinness World Records as the tallest waterslide in the world. After the first 17-story drop at a 60-degree angle, riders swoop up a hill, before plunging down a 60-foot (18 m) drop and landing safely in a splash pool. A rider's raft reaches speeds of about 65 mph (29 m/s), and the entire harrowing ride lasts all of 10 seconds. The ride was originally scheduled to open on Memorial Day, but the rafts kept flying off the chute during test runs. So what does it take to keep a raft from picking up too much speed and separating from the chute? It's all about the relationship among gravity, friction and the steepness of the slide, said Gene Van Buren, a physicist at Brookhaven National Laboratory in New York. Is it safe?