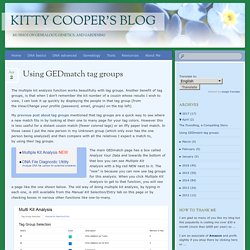 Another benefit of tag groups, is that when I don’t remember the kit number of a cousin whose results I wish to view, I can look it up quickly by displaying the people in that tag group (from the View/Change your profile (password, email, groups) on the top left) My previous post about tag groups mentioned that tag groups are a quick way to see where a new match fits in by looking at their one to many page for your tag colors. However this is less useful for a distant cousin match (fewer colored tags) or an iffy paper trail match. X Chromosome Inheritance. Using GEDmatch tag groups. Who’s More Irish, You or Your Sibling? The Surprising Science Behind the Inheritance of Ethnicity – Ancestry Blog. Growing up I always thought I had to be more Irish than any of my siblings because I was born on the day before Lá Fhéile Pádraig (Saint Patrick’s Day)—one day early I might add; my due date was actually the 17th. 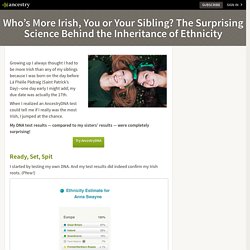 When I realized an AncestryDNA test could tell me if I really was the most Irish, I jumped at the chance. My DNA test results — compared to my sisters’ results — were completely surprising! Ready, Set, Spit I started by testing my own DNA. And my test results did indeed confirm my Irish roots. But my test was only half the story. Yes, I was almost a quarter Irish. Luckily they were easy to convince. Autosomal DNA testing comparison chart - ISOGG Wiki. 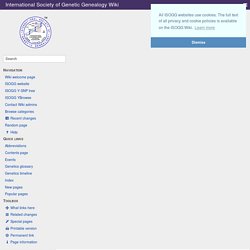 Log In - New York Times. Who’s More Irish, You or Your Sibling? The Surprising Science Behind the Inheritance of Ethnicity – Ancestry Blog. DNAeXplained – Genetic Genealogy. You know something is coming of age when you begin to see knockoffs, opportunists – or ads on late night TV. 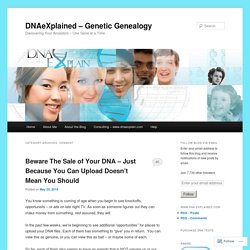 As soon as someone figures out they can make money from something, rest assured, they will. Genetics show many Scots are descended from Russian nomads. The Scots of today are descended from a pastoral, nomadic people living in the Russian Steppes, who were among the first humans to make use of the wheel. 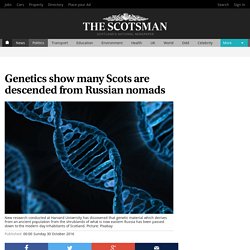 New research conducted at Harvard University has discovered that genetic material which derives from an ancient population from the shrublands of what is now eastern Russia has been passed down to the modern day inhabitants of Scotland. A paper to be published in next month’s American Journal of Human Genetics has observed for the first time that people in northern Britain have a higher levels of genes of Steppe ancestry than their counterparts in the south of England. Geneticists and archaeologists are now carrying out more work to discover more about Scotland’s Russian inheritance. Latest Developments in Y-DNA (John Cleary) DNA Matching Now Live. In mid-May, we gave MyHeritage users who have taken a DNA test the ability to upload DNA data to benefit from free DNA Matching, once we complete developing it. 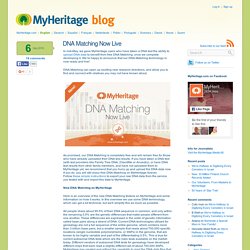 We’re happy to announce that our DNA Matching technology is now ready and live! DNA Matching can open up exciting new research directions, and allow you to find and connect with relatives you may not have known about. 3 Tips for Choosing a DNA Relative to Test. Scientists find clue to why mitochondrial DNA comes only from mom. Scientists have found a clue to why one type of DNA is passed down to children by their mothers — but not their fathers. 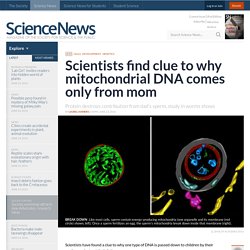 DNA inside energy-producing organelles called mitochondria is destroyed in a dad’s sperm shortly after it fertilizes an egg, researchers report online June 23 in Science. A protein called CPS-6 cuts apart the mitochondrial DNA in the male sperm so that the DNA can’t make the proteins that the mitochondria need to power the cell. Lingering paternal mitochondrial DNA might hurt developing embryos, the researchers say. “This is a very long-standing mystery in biology — why in so many organisms, [only] the maternal mitochondria are inherited,” says Ding Xue, a geneticist at the University of Colorado Boulder who led the work.

Millions of years ago, mitochondria were their own simple cells. Xue and his collaborators used electron microscopes to watch as sperm from the worm Caenorhabditis elegans fertilized eggs. CPS-6 doesn’t work alone, though. Beware The Sale of Your DNA – Just Because You Can Upload Doesn’t Mean You Should. You know something is coming of age when you begin to see knockoffs, opportunists – or ads on late night TV. 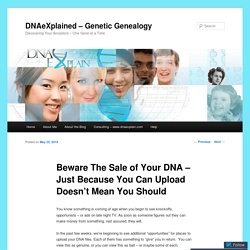 As soon as someone figures out they can make money from something, rest assured, they will. In the past few weeks, we’re beginning to see additional “opportunities” for places to upload your DNA files. Each of them has something to “give” you in return. You can view this as genuine, or you can view this as bait – or maybe some of each. MyHeritage is Adding Free DNA Matching. We have some good news for the genealogy community. 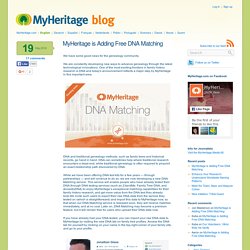 We are constantly developing new ways to advance genealogy through the latest technological innovations. One of the most exciting frontiers in family history research is DNA and today's announcement reflects a major step by MyHeritage in this important area. DNA and traditional genealogy methods, such as family trees and historical records, go hand in hand. A man’s discovery of bones under his pub could forever change what we know about the Irish. A photo of McCuaig's Bar on Rathlin Island in Northern Ireland. 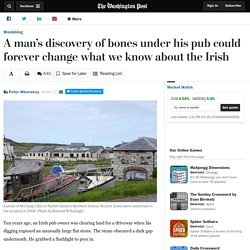 Kitty Cooper's Blog. Today I sent the following email to a newly found DNA cousin match at ancestry whose great-grandmother lived right next door to my family in Kristiansand, Norway in the late 1800s. She moved to the U.S.A just a year after they did (1884 and 1885) and lived a block away from where my grandad eventually lived on Ovington Ave in Brooklyn, N.Y. The Porcupine Chart. Genetic Ancestors – the Porcupine Chart First let me define Genetic Ancestors. These are the ancestors who passed DNA down to you. Your DNA includes some DNA from each genetic ancestor. But, as we’ll see, not all of your ancestors contributed to your DNA.

YP355 full branching tree with private SNPs. Click here to see the current full branching tree, and zoom in to see the details. All SNPs discovered in Big Y are shown, including private SNPs where the tester has given permission to show them. Some YP355 branches discovered through other tests such as the Z284 SNP Pack or Panel tests are also included.

YP355_master_tree Update: 27 Nov 2015: new test results in branches YP1100; YP4491; YP983; YP618 Click the following link for an index to the named SNPs shown in the two trees: DNA Analysis Shows That Native American Genealogy Is One of the Most Unique in the World. Native Americans Descended From A Single Ancestral Group, DNA Study Confirms The suppression of the Native Americans and the decimation of their culture is a black page in the history of the United States. The discrimination and injustices towards this ancient race, which had lived on the American continent long before the European conquerors came to this land, are still present to this day despite the efforts of different groups and organizations trying to restore the justice.

The destruction of their culture is one of the most shameful aspects of our history, the extent of the damage that was done is still being down-played and denied entry into textbooks and history-lessons to this day. DNA links 5,500 year old remains of aboriginal woman found in Canada and her 200 x great-grandaughter who still lives nearby. Scientists have traced a genetic descent from the 5,500 year-old remains to a second set of 2,500 year-old female remains found nearby and, amazingly, to a woman still living close to both prehistoric sites on British Columbia’s northern coast.

The study used DNA samples from 60 modern members of the indigenous Tsimshian, Haida and Nisga’a tribes from the Metlakatla First Nation. New AncestryDNA Common Matches Tool: Love It! A new tool at AncestryDNA is blowing my genealogy mysteries wide open! I have been up since 5:30 with plenty of goals and ambitions for today. Yahoo! Groups. The Real History of White People. Ancient Man and His First Civilizations.

Y-chromosomal Adam suddenly got much older - Abroad in the Yard. When Albert Perry was living in slavery in mid-19th century South Carolina, he could not have imagined just how ancient and significant his origins were. X-DNA's helpful inheritance patterns.