Why Intelligent Minds Like Elon Musk and Steve Jobs Embrace the 'No Silo Rule' Some years ago, Elon Musk wrote an email to Tesla employees outlining ways the company could differentiate itself from competitors. 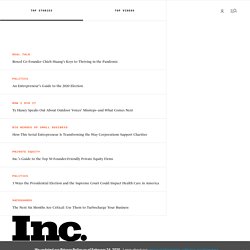 "We obviously cannot compete with the big car companies in size," wrote Musk, "so we must do so with intelligence and agility. " A Precedent Overturned Reveals a Supreme Court in Crisis. The country wasn’t exactly holding its breath for the Supreme Court’s decision this week that the Constitution requires juror unanimity for a felony conviction in state court. 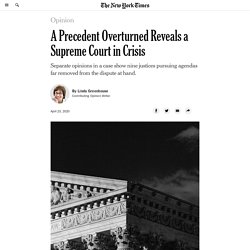 The case promised little change. Unanimity has long been understood as constitutionally required in federal court as a matter of the Sixth Amendment right to trial by jury. The only outlier among the states was Oregon. Louisiana, where the case originated in an appeal brought by a man convicted of murder in 2016 by a 10-to-2 vote, changed its rule two years later to require unanimity going forward. Six Supreme Court justices agreed this week that contrary to the outcome of a 1972 case, there is not one rule for the federal courts and another for the states: Conviction only by a unanimous jury verdict is now the rule for both. Thanks to Bookshop, Indies Stand a Chance Against Amazon. For every story of a business being devastated by the coronavirus pandemic, there’s a story of an ingenious plan owners, patrons and communities have cooked up to save one. 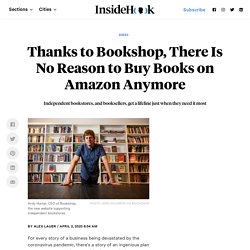 Indie movie theaters are selling virtual tickets, whiskey temples are liquidating their rare assets and there’s even a NSFW riff on Uber Eats. Minnesota, New Mexico, and other states are poised to adopt California ZEV rules. The most effective response to the COVID pandemic has come from state leadership — not the federal government. 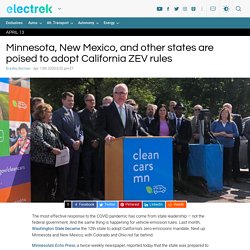 And the same thing is happening for vehicle-emission rules. Last month, Washington State became the 12th state to adopt California’s zero-emissions mandate. Next up: Minnesota and New Mexico, with Colorado and Ohio not far behind. California Gov. Gavin Newsom outlines plan to reopen in conjunction with West Coast states.

"There is no light switch here, it's more like a dimmer," Newsom said. 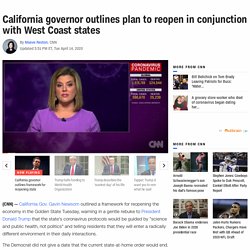 "I know you want the timeline, but we can't get ahead of ourselves and dream of regretting. Let's not make the mistake of pulling the plug too early, as much as we want to. " "I don't want to make a political decision that puts people's lives at risk and puts the economy at even more risk by extending the period of time before we can ultimately transition and get people moving again.

" He said the state would use real time data, science and examples on a daily basis as the loosening of orders go forward "to toggle that dimmer, so we get exactly the appropriate lighting, so that we can ultimately transition to herd immunity and that vaccine. " Trump rages at criticism while governors craft their own plans to reopen the economy. In one of the most unchained presidential tantrums ever captured on television, Trump's Monday display flouted every notion of calm leadership by the commander in chief in a crisis. 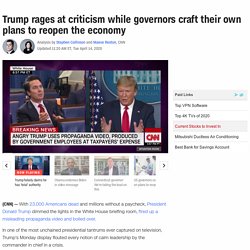 He claimed powers never envisioned by the Constitution and insisted his "authority is total" to order states and cities to get moving again to break out of the frozen economy. His warning came as two blocs of Eastern and Western hot-spot states banded together in an implied challenge to his vow to get people back to work soon, setting off a brewing confrontation over the power of the federal government. When the Category Five presidential storm had blown out, Trump had offered no new guidance on the key issues -- for instance, the continued inadequacy of testing, which will hamper the nation's economic opening. Hugo de Sousa posted on LinkedIn. Knowledge Communities. You will find within this paper, theoretical and practical aspects of knowledge communities, their strategies, important tools and processes that will help to integrate Knowledge Management into our organizations current methods. 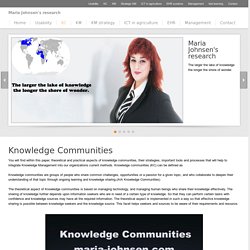 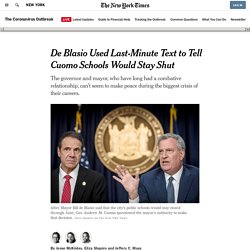 He told just a select few, including Dr. Anthony S. Fauci, the country’s top infectious disease expert, who gave his blessing. But Mr. de Blasio did not reach out to Gov. Andrew M. So the mayor sent a text message. Less than three hours later, Mr.