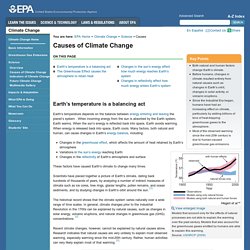 Before humans, changes in climate resulted entirely from natural causes such as changes in Earth’s orbit, changes in solar activity, or volcanic eruptions. Since the Industrial Era began, humans have had an increasing effect on climate, particularly by adding billions of tons of heat-trapping greenhouse gases to the atmosphere. Most of the observed warming since the mid-20th century is due to human-caused greenhouse gas emissions. Earth’s temperature is a balancing act Earth’s temperature depends on the balance between energy entering and leaving the planet’s system . View enlarged image Models that account only for the effects of natural processes are not able to explain the warming over the past century.

The Big Idea — The Carbon Bathtub. It’s simple, really: As long as we pour CO2; into the atmosphere faster than nature drains it out, the planet warms. 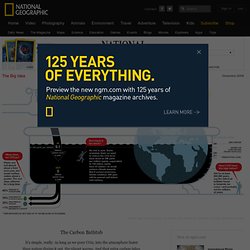 And that extra carbon takes a long time to drain out of the tub. A fundamental human flaw, says John Sterman, impedes action on global warming. Sterman is not talking about greed, selfishness, or some other vice. He’s talking about a cognitive limitation, “an important and pervasive problem in human reasoning” that he has documented by testing graduate students at the MIT Sloan School of Management. Sterman teaches system dynamics, and he says his students, though very bright and schooled in calculus, lack an intuitive grasp of a simple, crucial system: a bathtub. Climate. Arctic Air Spills South, Southern Air Spills North - ImaGeo. Departure from average temperatures for Feb. 27, 2014, as forecast by the GFS model. 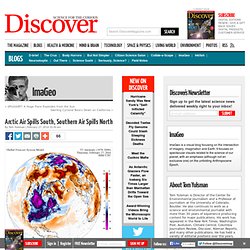 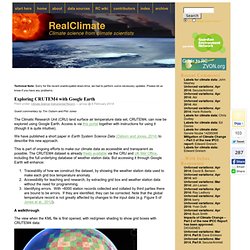 Access is via this portal together with instructions for using it (though it is quite intuitive). We have published a short paper in Earth System Science Data (Osborn and Jones, 2014) to describe this new approach. This is part of ongoing efforts to make our climate data as accessible and transparent as possible. The CRUTEM4 dataset is already freely available via the CRU and UK Met Office, including the full underlying database of weather station data.

Traceability of how we construct the dataset, by showing the weather station data used to make each grid box temperature anomaly.Accessibility for teaching and research, by extracting grid box and weather station data without the need for programming.Identifying errors. A walkthrough T.J. Unprecedented trade wind strength is shifting global warming to the oceans, but for how much longer? Research looking at the effects of Pacific Ocean cycles has been gradually piecing together the puzzle explaining why the rise of global surface temperatures has slowed over the past 10 to 15 years. 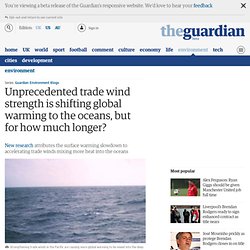 A new study just published in Nature Climate Change, led by Matthew England at the University of New South Wales, adds yet another piece to the puzzle by examining the influence of Pacific trade winds. Arctic thaw significantly worsens global warming risk - environment - 18 February 2014. Melting ice is cooking the planet. 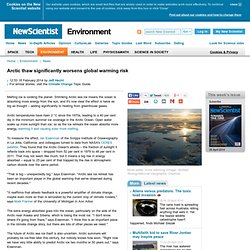 Shrinking Arctic sea ice means the ocean is absorbing more energy from the sun, and it's now clear the effect is twice as big as thought – adding significantly to heating from greenhouse gases. Arctic temperatures have risen 2 °C since the 1970s, leading to a 40 per cent dip in the minimum summer ice coverage in the Arctic Ocean. Open water soaks up more sunlight than ice, so as the ice retreats the ocean absorbs more energy, warming it and causing even more melting. To measure the effect, Ian Eisenman of the Scripps Institute of Oceanography in La Jolla, California, and colleagues turned to data from NASA's CERES satellite. They found that the Arctic Ocean's albedo – the fraction of sunlight it reflects back into space – dropped from 52 per cent in 1979 to 48 per cent in 2011. 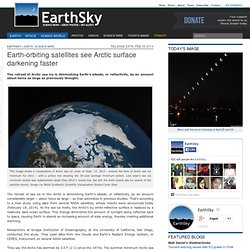