Priya's Shakti. India’s inequality crisis hurts girls and women the most. The burden of poverty weighs down heavier on girls and women in India than it does on the opposite sex. 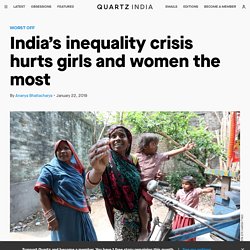 An Oxfam report on inequality published yesterday (Jan. 21) revealed that in the workplace, women still receive 34% less wages than their male counterparts for the same work. And as you go further down the social ladder, things get worse. “When governments reduce their expenditures on essential public services such as education and healthcare, women and girls are the first ones to lose out on these services,” according to the report. Girl children from the lower strata of society are lucky to see a classroom at all.

In India, girls belonging to families in the top 20% get nine years of education on average, while girls from families in the bottom 20% get none at all. In the name of honour, again - Frontline. A Documentary on How Haryana’s Young and Old Normalise Rape Culture. Dw. Lesson 2 3. WOMEN AND VIOLENCE IN INDIA. Traditionally in India the murder of women was a minor offence. 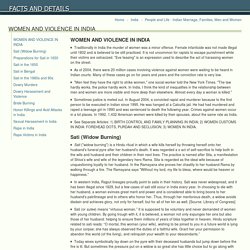 Female infanticide was not made illegal until 1802 and is believed to be still practiced. It is not uncommon for rapists to escape punishment while their victims are ostracized. "Eve teasing" is an expression used to describe the act of harassing women on the street. As of 2004, there were 20 million cases involving violence against women were waiting to be heard in Indian courts. Many of these cases go on for years and years and the conviction rate is very low. "Men feel they have the right to strike women," one social worker told the New York Times. Sometimes justice is meted out. See Separate Articles: 1) BIRTH CONTROL AND FAMILY PLANNING IN INDIA; 2) WOMEN CUSTOMS IN INDIA: FOREHEAD DOTS, PURDAH AND SECLUSION; 3) WOMEN IN INDIA. 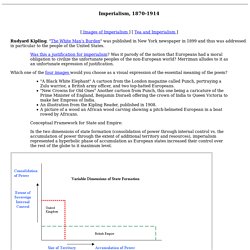 "The White Man’s Burden" was published in New York newspaper in 1899 and thus was addressed in particular to the people of the United States. Shall We Leave It to the Experts? India lives in several centuries at the same time. 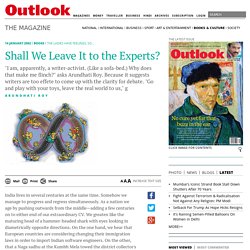 Somehow we manage to progress and regress simultaneously. As a nation we age by pushing outwards from the middle—adding a few centuries on to either end of our extraordinary CV. We greaten like the maturing head of a hammer-headed shark with eyes looking in diametrically opposite directions. On the one hand, we hear that European countries are considering changing their immigration laws in order to import Indian software engineers. 35 Hilarious Chinese Translation Fails. China is fascinating, and visiting it is bound to leave you with some amazing impressions. 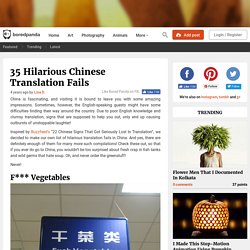 Sometimes, however, the English-speaking guests might have some difficulties finding their way around the country. Due to poor English knowledge and clumsy translation, signs that are supposed to help you out, only end up causing outbursts of unstoppable laughter! Show Full Text Inspired by Buzzfeed’s “22 Chinese Signs That Got Seriously Lost In Translation”, we decided to make our own list of hilarious translation fails in China. Britain has no need to make an apology to India for Empire... By Nirpal Dhaliwal Updated: 11:33 EDT, 30 July 2010 Many have interpreted David Cameron's statement that he is visiting India in a 'spirit of humility' as a shame-faced apology for Britain's imperial rule there. 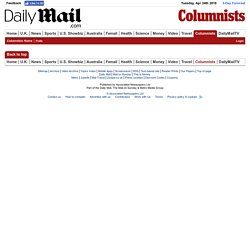 But Indians require no apology for Empire and seek none, and nor do Britons need to feel especially guilty for it. India is the world's second-largest growing economy, producing more English-speaking graduates than the rest of the world combined. Statistics arranged marriage India. [English] Khol do by Saadat Hasan Manto. The Return (Khol do) by Saadat Hasan Manto THE special train left Amritsar at two in the afternoon, arriving at Mughalpura, Lahore, eight hours later. 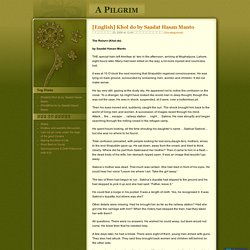 Many had been killed on the way, a lot more injured and count-less lost. It was at 10 O’clock the next morning that Sirajuddin regained consciousness. He was lying on bare ground, surrounded by screaming men, women and children. He lay very still, gazing at the dusty sky. Then his eyes moved and, suddenly, caught the sun. He spent hours looking, all the time shouting his daughter’s name …Sakina! Total confusion prevailed, with people looking for lost sons,daugh-ters, mothers, wives. Gang rape videos reportedly have become a big seller in India. Indian police arrest activists from the Social Unity Centre of India (SUCI) organization as they block a road during a protest against a gang rape in Kolkata on May 31, 2016. 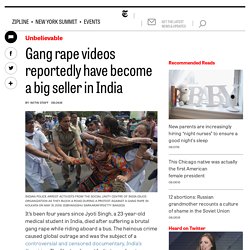 (DIBYANGSHU SARKAR/AFP/Getty Images) It’s been four years since Jyoti Singh, a 23-year-old medical student in India, died after suffering a brutal gang rape while riding aboard a bus. The heinous crime caused global outrage and was the subject of a controversial and censored documentary, India’s Daughter. The film has forced India to confront a culture in which rape has become rampant, a culture that people inside and outside the country have demanded must change. DQNX.Addendum > The Third and Final Continent by Jhumpa Lahiri.