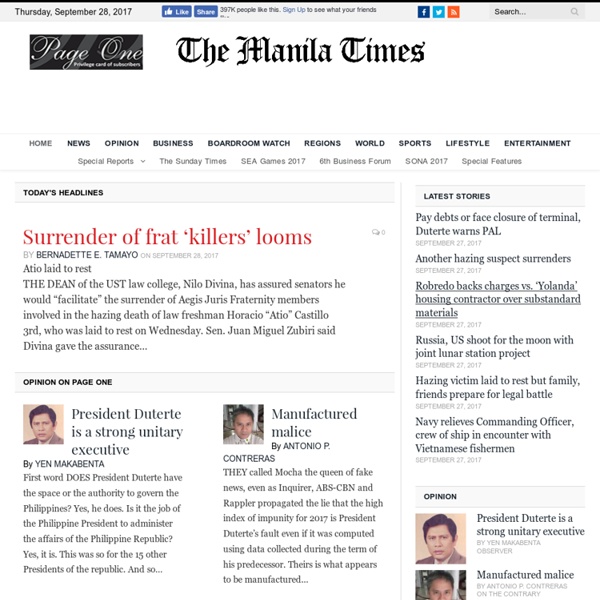 INQUIRER.net, Philippine News for Filipinos Country’s 1st anti mining monument erected in Romblon Anti-mining advocates witnessed on Tuesday the unveiling of a Memorial in Romblon commemorating the biggest protest held in the province against mining by the Church, local officials and residents. A first in the country, the anti-mining monument is a reminder of the people’s struggle against the entry of large scale mining firms in Romblon. Romblon Governor Eduardo C. Firmalo said the province will not allow any mining activities to destroy the environment and bring suffering to the people, stressing that local government units have the autonomy to defend the general welfare of the population. "Today we commemorate the unity of our people to uphold the dignity of life and environment. “Metallic mining has no room in the province, and to follow the priority industries of President Noynoy Aquino: we should focus on agriculture, tourism and infrastructure," he added. For his part, Msgr. The priest stressed that it is everyone’s “spiritual duty to defend the dignity of life.”

Oil prices higher in Asian trade SINGAPORE - Oil prices were higher in Asian trade Wednesday, on expectations of firm US economic growth and rising tensions between the West and Iran, analysts said. New York's main contract, West Texas Intermediate crude for delivery in March, gained 33 cents to $99.28 a barrel in morning trade. Brent North Sea crude for March delivery was up 42 cents to $110.45. "Crude prices in Asian trade are being supported by news that US economic growth was steady in the fourth quarter of 2011," said Victor Shum, senior principal at Purvin and Gertz international energy consultants in Singapore. "The tension in Iran is also affecting prices," he told AFP. The US Commerce Department will release official gross domestic product figures on Friday, but analysts expect the world's biggest economy to have grown by 3% in the last quarter of 2011, the fastest pace in 18 months. Tensions between Iran and the West were also supporting oil prices, analysts said.

Bishop marks golden jubilee with anti-mining calls KORONADAL CITY (MindaNews/10 April) — Diocese of Marbel Bishop Dinualdo D. Gutierrez marked the 50th year of his priestly ministry yesterday with a late afternoon thanksgiving mass where hundreds of parishioners offered prayers for the protection of the environment from the impact of large-scale mining in the area. For 30 years now, Gutierrez has been the bishop of Marbel, whose pastoral jurisdiction includes the town of Tampakan, South Cotabato, host of the copper and gold project of foreign-backed Sagittarius Mines, Inc. Under his leadership, the diocese has been at the forefront in the struggle against the Tampakan project, which is planned to go on commercial stream in 2016. To commemorate his golden jubilee, Gutierrez celebrated a special mass, concelebrated by at least two dozens bishops from across the country and numerous priests under the diocesan territory. “[May the Lord God] hear the prayers of our people,” the bishop responded. John B.

Two Roads of Development : The Philippine Reporter – Toronto Filipino Newspaper Serving the Greater Toronto Area Mining for Profits vs Mining for People By Ramon Grajo BAYAN Canada in Toronto (Speech delivered at the CD Launch of “Path of Destruction: Canadian Mining Companies Around the World” on March 25, 2009 in Toronto.) Mining is a very important issue for BAYAN. It is symptomatic of what is problematic of Philippine society. BAYAN Canada is the Canadian section of Bagong Alyansang Makabayan or New Patriotic Alliance, or in short BAYAN (the People). Regarding the issue of mining, it theory it is good. Theory does not match practice! Let me refer to a recent example, the case of Eliezer ‘Boy’ Billanes, 46, married with three children. Billanes was the chair of two organizations: SOCPAND (South Cotabato People’s Alliance for Nationalism and Democracy), and SocCSkSarGenDs- AGENDA (Alliance for Genuine Development); and secretary general and program Director for SAMATIKU (Samahan ng Mag-uuma sa Timog Kotabato), a farmer’s organization. Let me just give three examples: 1. 2. 3. 4. 5.

Where is the common ground? According to the Department of Budget and Management, President Aquino has created a panel to outline the government’s mineral resource extraction policy. The future of the mining industry now depends on the administration’s stance. As such, anti-mining groups are clamoring to be heard, stoutly opposing the industry’s development. Although both have merits, how does one marry two extremely polar views? Can there be a compromise between these groups? The importance of mining to the national economy cannot be ignored since its products are vital raw materials for other industries. The mining industry’s contribution to gross domestic product has been stable at one percent, equivalent to Php88.2 billion as of 2010. The mining and quarrying industry, according to the Department of Labor and Employment, contributes about 0.5 percent to total employment. Environmental and social costs are the most important issues that the industry must address.

The Tampakan mine odyssey: One battle won but the war has just begun | Asia News – Politics, Media, Education After more than six years of lobbying and making their case against the operation of Sagittarius Mines Corporation in the hinterlands of Tampakan in South Cotabato, the Catholic Church and its pro-environment allies finally got their wish from the Provincial Board – a commitment by way of approving a provision in a proposed environment code that will ban open-pit mining in the area. By a narrow margin of six provincial board members against five voting for a ban in open-pit mining, the Church and their allies are looking forward to blocking SMI from proceeding with its mining operations in the quad-boundaries of Tampakan town, Columbio in Sultan Kudarat, Kiblawan in Davao del Sur and Malungon in Sarangani. While the proposed code is yet to be passed as an ordinance, Fr. Fr. Should the code get passed in the legislative chamber, outgoing South Cotabato Gov. And the Provincial Board may not have the required 2/3 votes to overturn a veto from the governor. Fr. Wholly foreign owned 2016 target

DENR says SC can still save $6-B Cotabato mining project MANILA, Philippines—The Department of Environment and Natural Resources remains fully behind the $5.9-billion Tampakan copper-gold mine project, the largest foreign investment in the country, even as it admitted that an appeal to reverse its decision rejecting the company’s environmental permit is dim. This was the message of Environment Secretary Ramon Paje, who stressed that the conflict between the company, which would be using open pit mining, and the province of South Cotabato, which disallows that particular method, would have to be resolved by the court. The chief of the DENR, which last week rejected Sagittarius Mines Inc. (SMI)’s Environmental Compliance Certificate application for the Tampakan site, said they do not disapprove of open pit mining. However, the local government of South Cotabato has banned the mining method and SMI rejected DENR’s suggestion to file a declaratory relief before the Supreme Court and persisted on negotiating with local officials, Paje said.