The Sun won't set on the British Empire

Economy and finance news from a German perspective. We use cookies to improve our service for you. 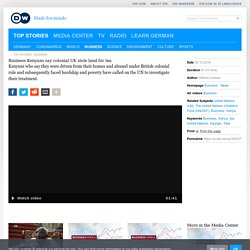 Empire strikes back: why former colonies don't need Britain after Brexit. The countdown to leave the European Union began in the British summer of 2016, but nobody in the country seemed to know in which direction they were headed. 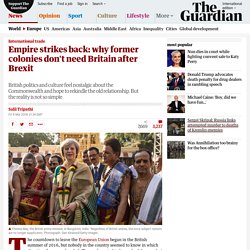 Those who voted to leave don’t know what kind of future they would like; those who voted to stay don’t know what they can do to stop the process they are certain will create only misery. British politicians from the two major parties – Conservative and Labour – aren’t helping. The Conservatives are led by a prime minister who voted to stay and seems reluctant to leave the EU; Labour is led by a man who never wanted the UK to join the EU, and must somehow convince voters who wish to remain that he can strike a better bargain. A decisive vote would have made the politicians’ job easier. But just over half (52%) voted to leave, and nearly half voted to stay. Resurrecting relationships with the former colonies is not going to be easy. Many Britons believe the empire was a good thing. The world knows Churchill as a war hero. Francesca Beard. Sadiq Khan: 'London has chosen hope over fear' 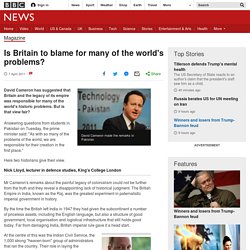 But is that view fair? Answering questions from students in Pakistan on Tuesday, the prime minister said: "As with so many of the problems of the world, we are responsible for their creation in the first place. " Here two historians give their view. Nick Lloyd, lecturer in defence studies, King's College London. The British Empire — positive or negative effects? – From Empire to Europe. The British Empire — positive or negative effects? 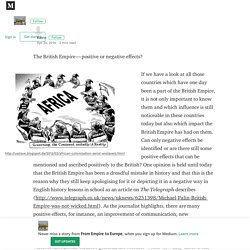 If we have a look at all those countries which have one day been a part of the British Empire, it is not only important to know them and which influence is still noticeable in these countries today but also which impact the British Empire has had on them. Michael Palin: British Empire was not 'wicked' Palin's view was welcomed by British historians, who warned that the hand-wringing risked masking the Empire's achievements, from the building of the Indian railways to spreading of the English judicial system. 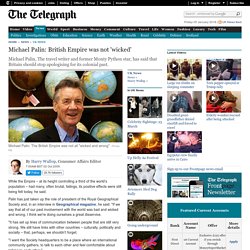 Andrew Roberts, the author of Masters and Commanders, said: "Allelulia! Mr Palin is quite right to acknowledge that the British Empire has been taught in a particularly abject way in recent years. "The multifarious benefits of the Empire are something of which Britain should be proud. " Other Empire historians, however, warned that people should not have too misty-eyed view for the days when the sun never set on British colonies and the map of the world was covered in pink. Alex von Tunzelman, author of Indian Summer, said: "We do a disservice if we forget all the negative side. London Is a Melting Pot of Cultures, We Should Keep it This Way. Benjamin Zephaniah drew an analogy of The British to that of a recipe which I think captures London perfectly. 'Add some unity, understanding, and respect for the future, serve with justice, and enjoy.' London prides itself on its rich cultural heritage, its diversity that enables the coming together of different cultures and communities, an opportunity for people from all backgrounds to share and experience each other's cultures. 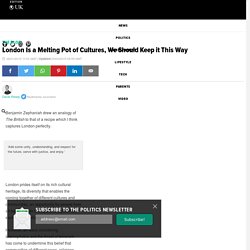 However, an issue concerning Islamophobia and the threat of terrorism has come to undermine this belief that communities of different races, religions and ethnicities can come together harmoniously. According to Nigel Farage, 'multiculturalism has failed Britain, failed France, and in reality failed every country it has been implemented in' and that multiculturalism is a 'political correctness experiment which has backfired on our countries.' I believe he is wrong. The melting pot generation. How the British learned to copy the American melting pot.