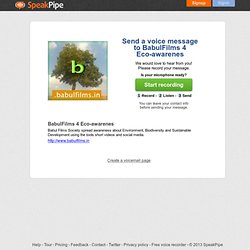 Adjust your microphone volume 2. Click Allow to enable your microphone We would love to hear from you! Please record your message. Is your microphone ready? You can leave your contact info before sending your message. Speak into your microphone! Recording: 00:00 Max recording duration: 90 seconds Are you sure you want to start a new recording? Playing 00:00 Cannot hear anything? Start sending... Please do not close this page. Your message has been sent. You can close this window. Your message has been sent. If you want to receive a voice-answer, you need to confirm your email. Thank you! Open this page from your iPhone or iPad, then open the widget and follow the instructions. Or send instructions via email to your device.Your email: We'll never share your email address or add you to a list. Instructions has been sent to your email. Note: after you have installed the app, tap on "Launch SpeakPipe" Click Allow on the panel above. 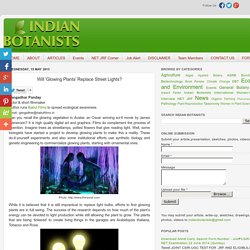 It is high quality digital art and graphics. Films do complement the process of invention. While it is believed that it is still impractical to replace light bulbs, efforts to find glowing plants are in full swing. Indian Botanists: Light Action and Camera with Plant Sciences. (Series-1: Indian Cinema born with Botany) Gangadhar Panday Actor & short filmmaker. 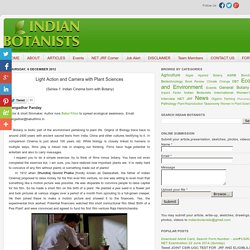 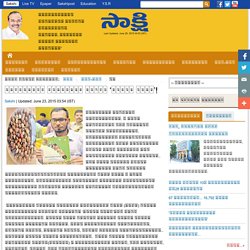 We apologize for the inconvenience. Babulfilms - Téléchargements mobiles. The Center: 25 Years of Saving Wildlife. Center for Biological Diversity. WWF India - Wild Wisdom Quiz 2015. Babulfilms - here are some ways to #Conserve #Biodiversity. Indian Botanists: Plant Vs Plant, and what about stars? Gangadhar Panday Founder Babul Films Society- non-profit NGO It is an ancient Indian tradition to plant trees corresponding to each sign of the moon. 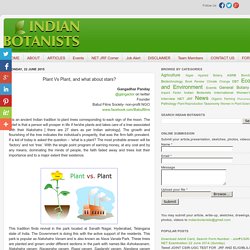 The belief is that a person will prosper in life if he/she plants and takes care of a tree associated with their Nakshatra [ there are 27 stars as per Indian astrology]. The growth and flourishing of the tree indicates the individual’s prosperity, that was the firm faith prevalent. This tradition finds revival in the park located at Sanath Nagar, Hyderabad, Telangana state of India. This mini star forest is a huge fillip to the awareness of plants, their diversity, uses to humanity, their religious significance etc. What is Biodiversity. 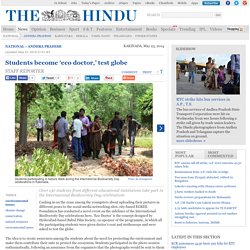 ‘Eco Doctor’ is the concept designed by Hyderabad-based Babul Film Society, co-sponsor of the programme, in which all the participating students were given doctor’s coat and stethoscope and were asked to test the globe. The idea is to create awareness among the students about the need for protecting the environment and make them contribute their mite to protect the ecosystem. Students participated in the photo session enthusiastically, following an assurance from the organisers that the photographs would be sent to them immediately after the event, so that they could upload the same on their social networking sites. 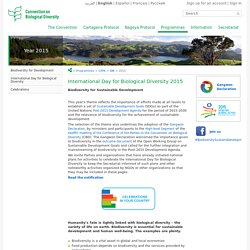 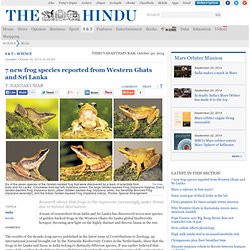 The results of the decade-long survey published in the latest issue of Contributions to Zoology, an international journal brought out by the Naturalis Biodiversity Center in the Netherlands, show that the frogs in Sri Lanka and those in India belong to distinctly different species. It was earlier believed that some of the golden-backed frogs (Genus Hylarana) found in the two countries were of the same species. DNA study The team, led by Delhi University’s Prof.

S.D. The survey yielded 14 distinct golden-backed frogs, with seven new species, including one (Hylarana serendipi) from Sri Lanka. The study also indicates that frogs in the region are under threat due to habitat destruction. BBC News - World wildlife populations halved in 40 years - report. 29 September 2014Last updated at 17:29 ET By Roger Harrabin BBC environment analyst In Nepal, habitat loss and hunting have reduced tigers from 100,000 a century ago to just 3,000 The global loss of species is even worse than previously thought, the London Zoological Society (ZSL) says in its new Living Planet Index. 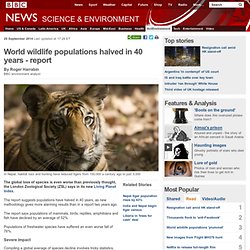 The report suggests populations have halved in 40 years, as new methodology gives more alarming results than in a report two years ago. The report says populations of mammals, birds, reptiles, amphibians and fish have declined by an average of 52%. Populations of freshwater species have suffered an even worse fall of 76%. Severe impact Compiling a global average of species decline involves tricky statistics, often comparing disparate data sets. The Living Planet Index tracks more than 10,000 vertebrate species populations from 1970 to 2010. BioCinema. Tiger died of shock: Autopsy. Hyderabad: The killing of a tiger in Nagarjunasagar Srisailam Tiger Reserve near Mannanur in the Nallamalais took a new turn on Friday as the Mahbubnagar police booked a case against the person who had alerted the authorities in the first place. 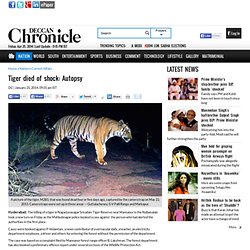 Cases were booked against P. Vedantam, a news contributor of a vernacular daily, a teacher, an electricity department employee, a driver and others for entering the forest without the permission of the department. The case was based on a complaint filed by Mannanur forest range officer B. Lakshman. The forest department has also booked a preliminary offence report under several sections of the Wildlife Protection Act. Babulfilms. BabulFilms : @BabulFilms co-organizes 5... BabulFilms : 5 days 55 films #Biodiversity... BabulFilms : Rare #jelly #fish spotted.

BabulFilms : Add place 2 #BioDiEt database... BABUL FILMS - Home. BABUL FILMS - Home. Gujarat women script unique chapter in conservation. Deployed in the Gir Forest, the only abode of the Asiatic Lion, these dedicated women keep a hawk's eye on every acre of the sanctuary, parcelled into beats for administrative convenience. Gujarat Chief Minister Narendra Modi, who took the initiative to appoint them as Van Raksha Sahayaks (forest protecters) in 2007, recalled their exemplary role in a conservation while addressing women entrepreneurs in New Delhi.

Ministry of Environment & Forests, Government of India. Home: ENVIS Centre on Wildlife & Protected Areas. National Wildlife Humane Society - Wildlife Trust of India - Wild Tiger Conservation. PLEASE NOTE: If using a credit card through PayPal for a One Time Donation, it is NOT necessary to have a PayPal account. If using a credit card for a Monthly Subscription Donation you Will be asked to create a PayPal account (in the event you ever want to unsubscribe).

When making a direct or credit card donation through PayPal,you will receive an e-receipt from PayPal for tax records.NWHS is a federal 501(c)3 nonprofit (EIN# 62-1797381) and 100% of "WTI Tiger Conservation"donations (less PayPal/bank charges) are forwarded or wired to Wildlife Trust of India in Uttar Pradesh India, and earmarked for WTI Tiger Conservation Projects.

To Donate By Mail: US Dollars Only Donors outside of India please mail donations to: WTI Tiger Conservation c/o National Wildlife Humane Society 2488 W. Include your email address and NWHS will email a receipt for your tax records (if desired) In India, please mail donations to: GuideStar: the leading source of information on U.S. nonprofits. National Wildlife Humane Society - Wildlife Trust of India - Wild Tiger Conservation. Birds of India: Birding and birdwatching in India. Wildlife Trust of India. Welcome to BNHS - Bombay Natural History Society.