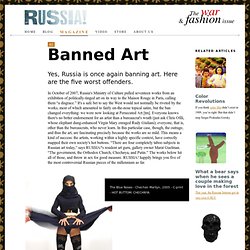 Classic Soviet Cars. A gallery of oldtimer Soviet cars, many of which were only available to the high-ranking Communist Party officials, movie stars, factory heads and other creme de la creme of the Soviet society. 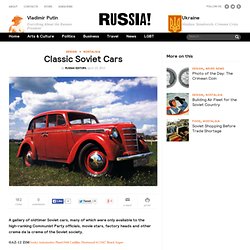 For Love of the Caucasus. Thenudediet asked: Peace and love to you! 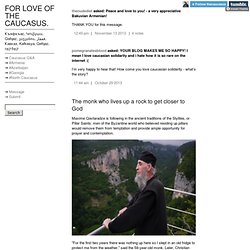 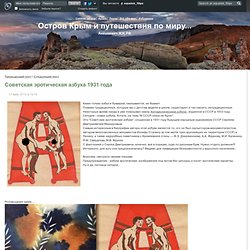 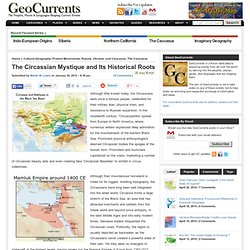 In the nineteenth century, “Circassophilia” spread from Europe to North America, where numerous writers expressed deep admiration for the mountaineers of the eastern Black Sea. 528px-1860-russian-america.jpg (528×599) Nazi And Soviet Propaganda's Shared Aesthetic. Primrose: The colors of the old Russian photography. Moscow. 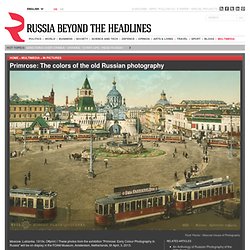 Lubianka. 1910s. Offprint // These photos from the exhibition "Primrose: Early Colour Photography In Russia" will be on display in the FOAM Museum, Amsterdam, Netherlands, till April, 3, 2013. Pyotr Pavlov / Moscow House of Photography “In memory of my military service”. Shards of Turquoise Ice Jut Out of the World's Largest Lake. Paolo Woods: “Nouvelles Russes” documents career women in Russia in 2006 and 2007 (PHOTOS). Paolo Woods/Institute The photographer Paolo Woods began a career as a photojournalist, in his words, “rather late.” 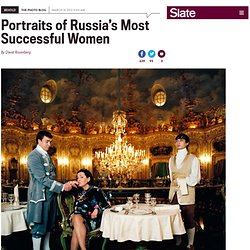 (13) Twitter. 05/03/53. Bishkek's Lenin Museum Keeps Soviet Realism Alive. Published 8 February 2013 Although Kyrgyzstan has renamed the museum in Bishkek's Ala-Too Square the National Historical Museum and filled it with exhibits documenting the country's natural and political history, many still refer to it as the "Lenin Museum. 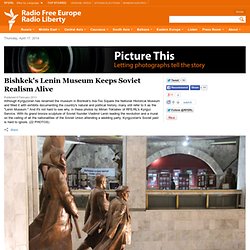 " And it's not hard to see why, in these photos by Mirian Toktaliev of RFE/RL's Kyrgyz Service. With its grand bronze sculpture of Soviet founder Vladimir Lenin leading the revolution and a mural on the ceiling of all the nationalities of the Soviet Union attending a wedding party, Kyrgyzstan's Soviet past is hard to ignore. (22 PHOTOS) Vladimir Lenin leads the revolutionary forces. Symbolic representatives of all of the Soviet Union's nationalities attend a wedding party. Russia photos: From woodsmen and tramps to soldiers of the Revolution, remarkable photos of a changing nation. 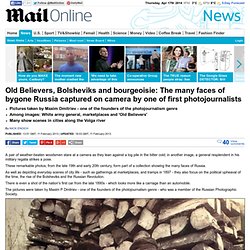 For 40 Years, This Russian Family Was Cut Off From All Human Contact, Unaware of World War II. Siberian summers do not last long. 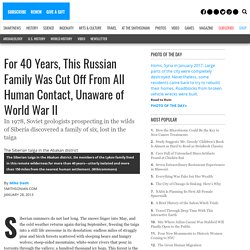 The snows linger into May, and the cold weather returns again during September, freezing the taiga into a still life awesome in its desolation: endless miles of straggly pine and birch forests scattered with sleeping bears and hungry wolves; steep-sided mountains; white-water rivers that pour in torrents through the valleys; a hundred thousand icy bogs. This forest is the last and greatest of Earth’s wildernesses. It stretches from the furthest tip of Russia’s arctic regions as far south as Mongolia, and east from the Urals to the Pacific: five million square miles of nothingness, with a population, outside a handful of towns, that amounts to only a few thousand people.

When the warm days do arrive, though, the taiga blooms, and for a few short months it can seem almost welcoming. Afghanistan's Wakhan Corridor - Photo Gallery. “Birthmark on the Map”: Meet the Siberians in their daily life! Cycling home from Siberia or How to survive on the Road of Bones in winter. 50EmailShare Thanks to my writing about Yakutia for international readers, I have a unique opportunity to communicate with very interesting people. Ask Yakutia - Keep asking about Yakutia, the biggest Siberian region in Russia.

RUSSIAN PAINTING. Off and running! Kremlin contenders hit airwaves. Russia in color, a century ago - The Big Picture. With images from southern and central Russia in the news lately due to extensive wildfires, I thought it would be interesting to look back in time with this extraordinary collection of color photographs taken between 1909 and 1912. In those years, photographer Sergei Mikhailovich Prokudin-Gorskii (1863-1944) undertook a photographic survey of the Russian Empire with the support of Tsar Nicholas II. He used a specialized camera to capture three black and white images in fairly quick succession, using red, green and blue filters, allowing them to later be recombined and projected with filtered lanterns to show near true color images.

The high quality of the images, combined with the bright colors, make it difficult for viewers to believe that they are looking 100 years back in time - when these photographs were taken, neither the Russian Revolution nor World War I had yet begun. Prokhorov returns to politics as a third force. Prokhorov sees his party as unique. “The era of autocratic parties is over. We’re at the crossroads again; that’s why we decided to offer a new format that no one has ever used before,” he said at the founding congress. In his view, what makes Civic Platform unique is that it will not be led by a single leader, but by a civilian committee of 11 people that includes non-partisan civil society activists. Congress delegates voted unanimously for this proposed structure.