Modern Classical Life Drawing, Painting and Instruction. I am going to deal with the Posterior muscle group first and the first muscle of that group is the Soleus which is so named because it is shaped like a Soul fish. 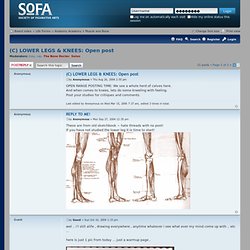 I believe it to be the most important muscle in the lower leg because it is visible from all angles and add form and grace to the lower leg. I will continue with the muscles of the back (posterior) then go to the front This will take a while <> the important thing to remeber is that as artist the important aspects are the function and the form <> are muscles that perform the same function can usually be grouped together and the shape of the total group becomes the mass conception to remember. 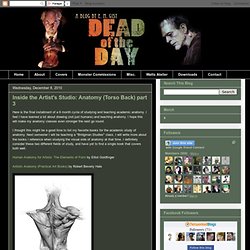 I feel I have learned a lot about drawing (not just humans) and teaching anatomy. I hope this will make my anatomy classes even stronger the next go round. I thought this might be a good time to list my favorite books for the academic study of anatomy. Next semester I will be teaching a "Bridgman Studies" class, I will write more about the books I reference when studying the visual side of anatomy at that time. I definitely consider these two different fields of study, and have yet to find a single book that covers both well. Modern Classical Life Drawing, Painting and Instruction.

It's difficult to understand the form of the pelvis. 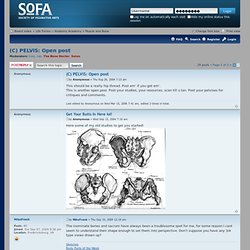 I'm trying to come up with a "recipe" that will help me understand it well enough to draw it in any position from imagination. In simplest terms, I conceive of it as nothing more than two triangles: a right triangle and an equilateral triangle. (plus the sacrum in the back, which is a third, curved, triangle) The right triangle I further refine in my mind to think of as more of a lopsided ice cream cone. Here's my recipe so far. Night Flight Lingerie 2011. Sara Jean Underwood - Playboy Store photoshoots: fashion, swimwear, lingerie (HQ) Sara Jean Underwood - Playboy Store photoshoots: fashion, swimwear, lingerie (HQ) 576 JPG | up to 2000*2533 (HQ) | 315,01 Mb Sara Jean Underwood (born March 26, 1984) is an American model and actress who was chosen as the Playmate of the Month for the July 2006 issue of Playboy magazine and later became Playmate of the Year in 2007. 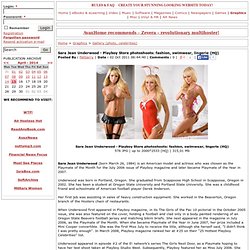 Underwood was born in Portland, Oregon. She graduated from Scappoose High School in Scappoose, Oregon in 2002. She has been a student at Oregon State University and Portland State University. She was a childhood friend and schoolmate of American football player Derek Anderson. Her first job was assisting in sales of heavy construction equipment. When Underwood first appeared in Playboy magazine, in its The Girls of the Pac 10 pictorial in the October 2005 issue, she was also featured on the cover, holding a football and clad only in a body painted rendering of an Oregon State Beavers football jersey and matching bikini briefs. 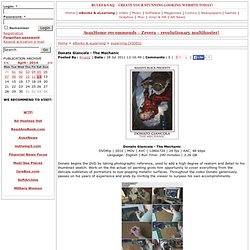 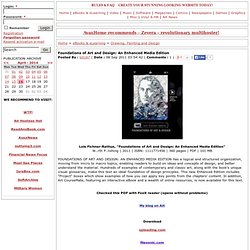 Hundreds of examples of contemporary and classic art, along with the book's unique visual glossaries, make this text an ideal foundation of design principles. This new Enhanced Edition includes "Project" boxes which show examples of how you can apply key points from the chapters' content. In addition, Art CourseMate, featuring an interactive eBook and a wealth of online resources, is now available for this text. 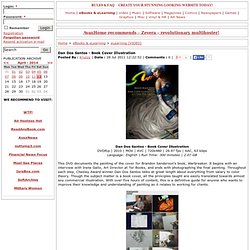 It begins with an interview with Irene Gallo, Art Director at Tor Books, and ends with photographing the final painting. Throughout each step, Chesley Award winner Dan Dos Santos talks at great length about everything from salary to color theory. Though the subject matter is a book cover, all the principles taught are easily translated towards almost any commercial illustration. With over five hours of content, this is a definitive guide for anyone who wants to improve their knowledge and understanding of painting as it relates to working for clients. Photobox: Bringing the Great Photographers into Focus. Photobox: Bringing the Great Photographers into Focus 96 jpg | up to 3178*2179 | 328 Mb PhotoBox presents a collection of 96 photographs by the world's most prominent photographers, ranging from legendary masters to contemporary stars. 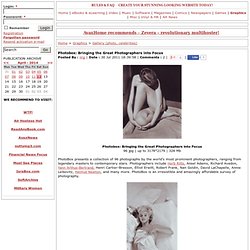 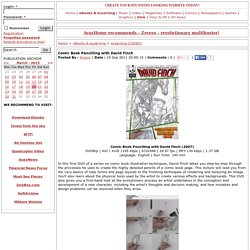 This lecture will lead you from the very basics of tube forms and page layouts to the finishing techniques of rendering and texturing an image. You'll also learn about the physical tools used by the artist to create various effects and backgrounds. Kasey Sealy - Learn to Paint in Oils. How to Draw the Nose. Update 09-26-2012 – Above is a video version of this tutorial. 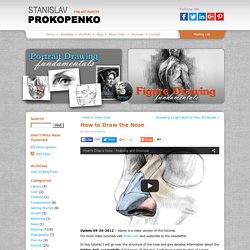 For more video tutorials visit Proko.com and subscribe to the newsletter. 9 Very Common Figure Drawing Mistakes, And How to Avoid Them. Over the last twenty-five years I have spent my fair share of time drawing and studying the human figure. As a result, I’ve come across several (actually, nine) common figure-drawing mistakes over and over again. Like any other art process, figure drawing is a fluid activity and impossible to pin down with exact rules—but if your goal is to create a more convincing life drawing, then these next few ideas will certainly help.

Here are the nine common figure-drawing mistakes, along with their solutions: Mistake #1 – Drawing without a goal in sight More often than not, people immediately begin sketching without establishing some kind of intention in their mind first. Solution: Pause for a moment before beginning your drawing and to look at what you see in front of you. Mistake #2 – Failing to keep the figure on the page It’s always shame when heads, arms or feet get unintentionally cut out of a drawing, just because the artist has run out of room on the paper.