It's an illusion - interactive DHTML - Flock 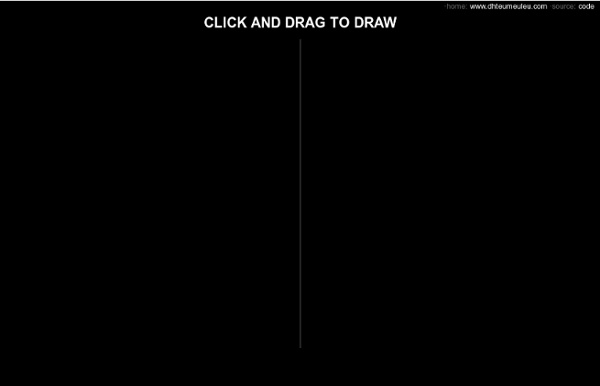 Superheroes & Villains: The Ultimate List of Illustrations and A If you have the chance to be a superhero, which superhero would you be? Wielding super strength, the gift of flight, immortality or having the ability to be invisible must be some of the powers we dream to have. How about when you have a chance to choose a different destiny and become a super villain? Superheroes and villains have accompanied us through our childhood. Images credit: BrianRood Amazing Superheroes Illustration and Artworks Here we present some of the most intriguing illustrations and artworks of these superheroes and some of their villainous enemies to complete your superheroes dream. BatmenBatman, originally referred to as "the Bat-Man" is still referred to at times as "the Batman". Capcom SuperheroesCapcom, a leading international developer and publisher of video games has created several superheroes characters like Mega Man, Street Fighter, Resident Evil, Onimusha and Devil May Cry etc. Legion Superheroes This is another great illustration of the Legion of Superheroes.

The Wallpaper Hunter : Best Wallpapers for your Desktops and Lap The Experience and Perception of Time What is ‘the perception of time’? The very expression ‘the perception of time’ invites objection. Insofar as time is something different from events, we do not perceive time as such, but changes or events in time. But, arguably, we do not perceive events only, but also their temporal relations. So, just as it is natural to say that we perceive spatial distances and other relations between objects (I see the dragonfly as hovering above the surface of the water), it seems natural to talk of perceiving one event following another (the thunderclap as following the flash of lightning), though even here there is a difficulty. For what we perceive, we perceive as present—as going on right now. Kinds of temporal experience There are a number of what Ernst Pöppel (1978) calls ‘elementary time experiences’, or fundamental aspects of our experience of time. Duration The inference model may be plausible enough when we are dealing with distant events, but rather less so for much more recent ones.

M. Bison I finished up M. Bison. I realize he needs posing and that it could go on forever but i'm finishing him up now, and hopefully I will get back to rigging/posing etc.. laterOriginally I did a bust for a GA SF sculpting competition. Later looking back at it I got motivated to take it all the way.The full run of images can be seen here: LINK TO FULL SET Sorry if the images are too big. Here are some renders of the High Poly. They are a bit older than the final but its what I have. Bootstrap paradox The bootstrap paradox, or ontological paradox, is a paradox of time travel that refers to scenarios whereby items or information are passed from the future to the past, which in turn become the same items or information that are subsequently passed from the past to the future - this creates a circularity of cause-effect such that the items or information have no discernible origin. Thus, the paradox raises the ontological questions of where, when and by whom the items were created or the information derived. After information or an object is sent back in time, it is recovered in the present and becomes the very object or information that was initially brought back in time in the first place. The term "bootstrap paradox" refers to the expression "pulling yourself up by your bootstraps"; the use of the term for the time-travel paradox was popularized by Robert A. Definition[edit] Examples[edit] Involving information[edit] Involving physical items[edit] Involving people[edit] In fiction[edit]

Top 5 Ways We'll Have Fun in 2050" - Flock Currently, many of us spend our spare time using social media like Twitter and blogs, mediums that allow us to type up a quick message to let our friends know what we're doing. However, writing and reading those messages may not be how we communicate with our pals in the future. In fact, we may not read or write at all, a future that many dying newspapers are already confronting. Futurist William Crossman believes that spoken language will replace written communication in the coming years, meaning that we won't need to teach children how to read and write, but rather how to use computers and think creatively [source: Naisbitt]. Crossman's future means that vast swaths of the population will be illiterate, but should those people need to read something, their computer could scan and read it to them.

Optimizing µTorrent for Speed | The #1 bookmarked Freeware site Introduction This guide shows how to speed up downloads in the freeware bittorrent client, µTorrent. All bittorrent programs need to have their incoming and outgoing communications flow freely in order to achieve the highest download speeds and that is what this guide is about. This guide was put together using information given by the developers of bittorrent programs at their forums, guides and FAQs. These are the basic principles of optimizing a bittorrent client, like µTorrent, for speed: Choose a proper port to avoid ISP blocks and conflicts with other programs Forward that port through any software firewall and router to allow incoming connections Adjust internal settings based upon upload capacity of the internet connection to allow room for outgoing communications and to distribute upload efficiently. There are some programs that claim to optimize speed in µTorrent.Such programs are a scam and generally contain adware or spyware. µTorrent & BitTorrent Help Choosing A Proper Port

Unexpected hanging paradox The unexpected hanging paradox, hangman paradox, unexpected exam paradox, surprise test paradox or prediction paradox is a paradox about a person's expectations about the timing of a future event (e.g. a prisoner's hanging, or a school test) which he is told will occur at an unexpected time. Despite significant academic interest, there is no consensus on its precise nature and consequently a final 'correct' resolution has not yet been established.[1] One approach, offered by the logical school of thought, suggests that the problem arises in a self-contradictory self-referencing statement at the heart of the judge's sentence. Another approach, offered by the epistemological school of thought, suggests the unexpected hanging paradox is an example of an epistemic paradox because it turns on our concept of knowledge.[2] Even though it is apparently simple, the paradox's underlying complexities have even led to it being called a "significant problem" for philosophy.[3] Some authors[who?]

32 Most Badass and Coolest Mods of 2009 | Walyou - Flock 32 Most Badass and Coolest Mods We all love the different entertaining electronics we own, especially our computers and our favorite video game consoles, but for some odd reason, they are still just not cool enough for a few individuals, so they end up creating some crazy mods. It seems that as good looking as the PS3 is, as cool as the Xbox 360 is made and as customized as a PC Case could be, it is not sufficient for some. The bottom line is, being a gamer is not just for playing PC or video games anymore, and to prove so, we have gathered an awesome collection of the absolutely 32 Best Mods that we saw in 2009 which include examples using the PS3, Xbox 360, Nintendo, PC and Macs. If there are any that we missed, please share with us in the comments, so everyone will see as well. 1. This beautiful Steampunk PS3 Mod was made without taking it apart and thus voiding the warranty. In the end, the result is just phenomenal! 2. 3. 4. 5. 6. 24K Gold PS3 7. 8. 9. 10. 11. 12. 13. 14. 15. 16. 17.

Rediscover the Joy of Coding :: Ten IT Concepts That Non-IT Peop Since I "work with computers" I tend to get asked to do fair amount of unofficial technical support for family and neighbours. I've noticed that the same confusions about IT crop up again and again. Here's my top ten. (Note that due to my background this is going to be Windows-centric. Please don't take this to mean that I think Windows PCs are unfriendly - it's just I don't know enough about other systems to be able to comment. I also don't want to come across as elitist - if non-IT people don't understand something, that's not because they're dumb - it's because we haven't made computer systems obvious enough.) 1. 2. 3. 4. 5. 6. 7. 8. 9. 10.

100+ Google Tricks That Will Save You Time in School – Eternal C [via onlinecolleges.net] With classes, homework, and projects–not to mention your social life–time is truly at a premium for you, so why not latch onto the wide world that Google has to offer? From super-effective search tricks to Google hacks specifically for education to tricks and tips for using Gmail, Google Docs, and Google Calendar, these tricks will surely save you some precious time. Search Tricks These search tricks can save you time when researching online for your next project or just to find out what time it is across the world, so start using these right away. Convert units. Google Specifically for Education From Google Scholar that returns only results from scholarly literature to learning more about computer science, these Google items will help you at school. Google Scholar. Google Docs Google Docs is a great replacement for Word, Excel, and PowerPoint, so learn how to use this product even more efficiently. Use premade templates. Gmail Use the Tasks as a to-do list.