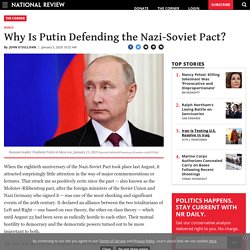 That struck me as positively eerie since the pact — also known as the Molotov-Ribbentrop pact, after the foreign ministers of the Soviet Union and Nazi Germany who signed it — was one of the most shocking and significant events of the 20th century. It declared an alliance between the two totalitarians of Left and Right — one based on race theory, the other on class theory — which until August 23 had been seen as radically hostile to each other. Protesters attack U.S. Embassy in Iraq. 'What an insult': CES names Ivanka Trump as keynote speaker. Strzok claims anti-Trump texts protected by First Amendment, administration violated his rights. Former FBI agent Peter Strzok, who is suing the government in a bid for reinstatement, argued in a court filing in Washington, D.C., federal district court on Monday that his politically charged anti-Trump messages were protected by the First Amendment -- even though he sent them on bureau-issued phones while playing leading roles in the probes into both Hillary Clinton and Donald Trump. 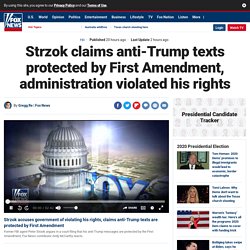 "Firing an employee for the content of his or her non-public communications is unconstitutional, irrespective of any balancing of interests" including damage to the FBI's reputation and other factors, Strzok argued in his response brief, which also slammed Trump's "unpresidential tweets. " Because it was the DOJ that had leaked his anti-Trump text messages, Strzok argued, his texts should be considered private speech, and he should not be held to the tougher legal standard under the 1968 Supreme Court case Pickering v. 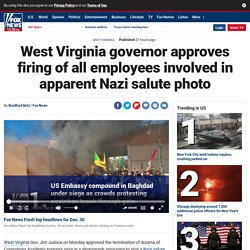 Jim Justice on Monday approved the termination of dozens of Corrections Academy trainees seen in a photograph appearing to give a Nazi salute. The photograph, released publicly earlier this month by the West Virginia Department of Military Affairs and Public Safety, showed more than 30 trainees from Basic Training Class 18 with their arms raised in a salute. En.m.wikipedia. A scene in post-war Germany: A Fräulein (a Miss, unmarried woman) in an American garden club. 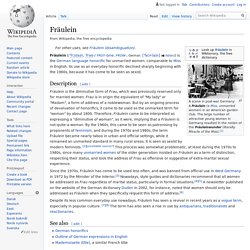 2019 was a dream come true for gold bugs — 2020 could be even better. Investing News: Ultra-Low Yields Are at Risk. Photographer: Bloomberg Daybreak The new decade could be the dawn of a tougher era for bond investors, as conditions that sustained the historic bull run in government debt fall away. 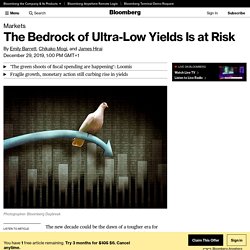 Unprecedented central bank action has dominated economic stimulus since the global crisis and suppressed yields around the world. The skew may now be shifting more toward fiscal expansion that could pressure rates higher. Austerity is on the wane in Europe, spending packages are landing in Asia, and U.S. borrowing is on track for even bigger records in the next couple of years. The handoff from monetary to fiscal policy is a longer-run investment theme, says Mark Dowding at BlueBay Asset Management, and he’s already trading it in the U.K., by betting against gilts. “When you look at the U.K., what we’re witnessing now is some pretty material easing in fiscal policy,” said Dowding. The trouble for investors is working out when government spending may reach a critical mass to push yields higher. California businesswoman welcomes Trump intervention on state's growing homelessness crisis.

A California business owner said she was relieved to see President Trump issuing a warning to Gov. 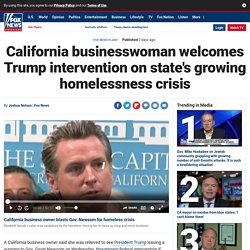 Gavin Newsom on Wednesday, threatening federal intervention if Newsom is unable to solve his state's homeless crisis. “While Gavin is, you know, spending his time like I said before in trolling Donald Trump and not really doing his job, our president is going through a highly illegal impeachment process and he's listening to us more than our own governor and, I say, bravo, President Trump,” Elizabeth Novak told “Fox & Friends” on Sunday. Anchor Lisa Booth asked Novak whether she “welcomed” possible intervention by Trump and Novak responded “absolutely.” "Governor Gavin N has done a really bad job on taking care of the homeless population in California. Japan police find human remains in 'ghost boat' suspected from North Korea. Japanese police found the remains of at least five people inside a wooden boat with Korean writing on its side after it washed ashore on the coast of one of Japan’s outlying islands. 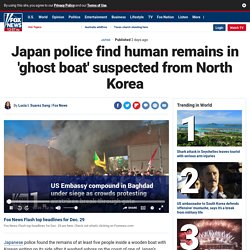 Officials said the boat, suspected to be from North Korea, was discovered around 9:30 a.m. local time Saturday on Sado Island, which is off the coast of Japan’s northwestern prefecture of Niigata. This Saturday, Dec. 28, 2019, photo provided by Sado Coast Guard Station shows a part of a boat on Sado Island, Niigata Prefecture, northern Japan. The boat suspected of being from North Korea with several bodies was found on the small island, the Japanese Coast Guard said Sunday, Dec. 29, 2019.

(Sado Coast Guard Station via AP) Coast Guard official Kei Chinen told Reuters that police found the heads of two persons, as well as five bodies, though couldn’t confirm whether the heads belonged to the corpses or were from two other people. Has President Xi finally set Macau on the path to shedding its reliance on casinos and becoming a financial hub? Royal abduction: How heir-to-throne was almost kidnapped by ‘criminals in Balkans’

Angels Are Watching Over You: A Look Back at the Last Decade of 'Supernatural' A 92-year-old remembers how Hamilton Park became a haven for blacks in a segregated Dallas. Love Field’s expansion in the 1950s robbed Marion Washington of one home in Dallas. 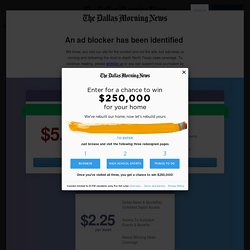 Redlining cost her another. The young African American woman felt powerless — and for good reason. We Are Witnessing a Rediscovery of India’s Republic. The articulation of constitutional rights and values has also invigorated the federal spirit. 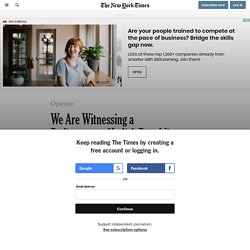 While India is constitutionally a federation, its states have enjoyed greater rights during eras of coalition union governments. The electoral dominance of Mr. Modi’s Bharatiya Janata Party since 2014 emboldened his government to erode the autonomy of Indian states, including limitation of fiscal powers, interventionism by federally appointed governors of the states and the revocation of the autonomy of Jammu and Kashmir and its abrupt dissolution as a state.

In the aftermath of the protests against the C.A.A., the chief ministers of nine Indian states have refused to implement the new citizenship law and the citizens register. Leaders of six political parties, including those allied with the B.J.P., have voiced concerns about its disenfranchising effects. In various states, Mr. Is It Inflation-Adjusted? Spot the Creeping Tax Increases for 2020. U.S. Consumer Carries the World Economy, Says Baird's Antonelli. MSN. FAA Remote ID rule for drones would enable tracking, identification. Walgreens will be the first retailer in the U.S. to test an on-demand drone delivery service with Wing in Christiansburg, Virginia next month. 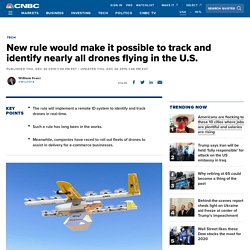 Source: Wing The Federal Aviation Administration put forward a rule Thursday that would empower the government to track most drones in the U.S. The rule will require drones to implement a remote ID system, which will make it possible for third parties to track them. The measure will help law enforcement identify unauthorized drones that may pose a security threat, paving the way for wider adoption of commercial drone technology. China Sentences Ex-Chairman of Troubled Hengfeng Bank to Death.

The former chairman of struggling lender Hengfeng Bank Co. has been sentenced to death with a two-year reprieve by a Chinese court for making illegal gains of over $100 million. Jiang Xiyun was convicted for moving 754 million yuan ($108 million) worth of Hangfeng shares to his personal account between 2008 and 2013, according to the Yantai Intermediate People’s Court. He also took bribes of more than 60 million yuan together with another bank executive, according to the Thursday ruling. A reprieved death sentence may be commuted to a life sentence if the person shows good behavior within the allotted period.

US base near N Korea in emergency siren 'error' Image copyright Getty Images Troops at a US military base in South Korea heard an emergency siren instead of a bugle tune on Thursday, sparking fears of a North Korean attack. China's APT20 Hacks Detected Bypassing Two-Factor in Attacks. Oil: Norway's Equinor defies calls to stop producing crude altogether. Christmas Day Eclipse: How To Watch The ‘Ring of Fire’ Online, The Decade’s Final Solar Eclipse. - The Washington Post. Why Americans Love Social Security. The G.I. Bill, passed during World War II, had a similar effect. Veterans who took advantage of education, job training and mortgage assistance under the law felt valued as citizens, and that, subsequently, made them more involved in politics and civic life.