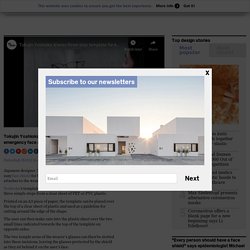 Yoshioka's template design can be used to create a face shield in three simple steps from a clear sheet of PET or PVC plastic. Printed on an A3 piece of paper, the template can be placed over the top of a clear sheet of plastic and used as a guideline for cutting around the edge of the shape. Augmented-reality exhibition launched to sell artwork during the pandemic. Affordable homes would be deliberately unfinished in proposal by Lianjie Wu. Raw Color designs Elbow Sock for coronavirus sneezing. Dutch design studio Raw Color has suggested using odd socks to help prevent the spread of coronavirus. 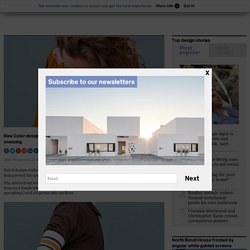 The advice from medical experts is to use your elbow rather than your hands when coughing or sneezing, to prevent spreading Covid-19 germs onto surfaces. Elbow Sock offers a way of keeping your clothes clean while following this practice, and encouraging others to do the same. Raw Color's design is actually a DIY hack, rather than a product concept. Nanna Ditzel's 1980s Arkade Chair put into production by Brdr Krüger. Furniture brand Brdr Krüger has launched a chair developed by the late Danish architect Nanna Ditzel in 1983. 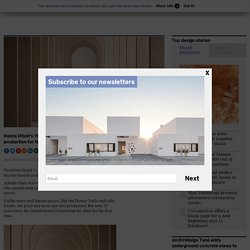 Arkade Chair was one of several furniture designs that Ditzel, who passed away in 2005, created for Brdr Krüger over her career. Unlike more well-known pieces, like the Flower Table and Lulu Cradle, the piece was never put into production. Fender will no longer use ash bodies for production-line guitars - we found out why, and what woods will be used instead. It was recently announced that Fender will be phasing out ash for production-line models. 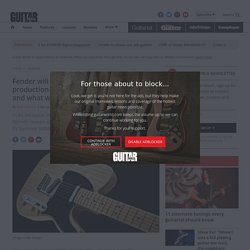 The company statement explained that “in order to uphold our legacy of consistency and high quality we, at Fender, have made the decision to remove Ash from the majority of our regular production models. What little Ash we are able to source will continue to be made available in select, historically appropriate vintage models, as supplies are available.” Spanish design brands "optimistic" as factories reopen after lockdown.

Manufacturers in Spain are reopening their factories after two weeks in total lockdown to stop the spread of coronavirus, with brands to promising to "bounce back". 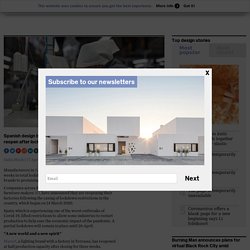 Companies across Spain, including lighting brand Marset and furniture makers BD, have announced they are reopening their factories following the easing of lockdown restrictions in the country, which began on 14 March 2020. Spain, which is experiencing one of the worst outbreaks of Covid-19, lifted restrictions to allow some industries to restart production to help ease the economic impact of the pandemic.

A partial lockdown will remain in place until 26 April. "A new world and a new spirit" Marset, a lighting brand with a factory in Terrassa, has reopened at half production capacity after closing for three weeks. "The brand and the company is actually as strong and positive thinking as ever, although everything has dramatically stopped," Marset CEO Javier Marset told Dezeen. Spanish government aims to boost economy. Lavandaria Morinha laundrette takes subtle cues from old washhouses. MUT Design blurs line between indoors and outdoors for Das Haus. 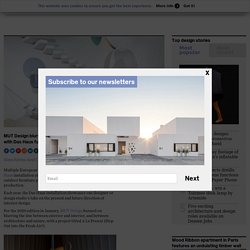 Each year, the Das Haus installation showcases one designer or design studio's take on the present and future direction of interior design. For the 2020 edition in January, MUT Design focused on blurring the line between exterior and interior, and between architecture and nature, with a project titled A La Fresca! (Step Out into the Fresh Air!). The studio wanted to do more than just adapt interior design for outdoor use or vice versa; they wanted to explore how home life might change if these boundaries were eased or eliminated entirely. To that end, their space has five living zones – an Active Area, Cleanness Area, Resting Area, Kitchen and Patio. "We don't separate outdoor and living room furniture according to the usual norms," said the studio. 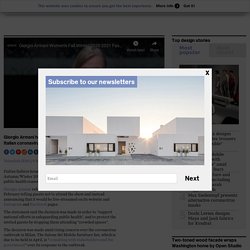 Giorgio Armani released a statement early on Sunday 23 February telling guests not to attend the show and instead announcing that it would be live-streamed on its website and Instagram and Facebook pages. The statement said the decision was made in order to "support national efforts in safeguarding public health", and to protect the invited guests by stopping them attending "crowded spaces". The decision was made amid rising concern over the coronavirus outbreak in Milan. The Salone del Mobile furniture fair, which is due to be held in April, is "consulting with stakeholders and the government" over its response to the outbreak. CF Møller Architects reveals Sweden's tallest timber building. CF Møller Architects has revealed photos of the Kajstaden Tall Timber Building, which has recently completed in the city of Västerås and is Sweden's tallest timber building. 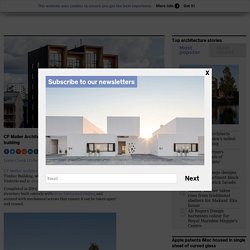 Completed in 2019, the 8.5-storey-high apartment block has a structure built entirely with cross-laminated timber, and secured with mechanical screws that ensure it can be taken apart and reused. CF Møller Architects chose to use cross-laminated timber for the scheme as it is renewable, recyclable and has a lower carbon footprint than other traditional building materials like concrete. Wooden buildings are also believed to improve wellbeing of occupants when in use. The studio hopes that the structure will become "a landmark for the area and a benchmark for a sustainable future". "The total carbon-dioxide savings from use of solid wood instead of concrete are estimated at 550 tonnes of CO2 over the building's life," explained Rob Marsh, the studio's sustainability manager.

Are Psychedelic Retreats Safe for People With Anxiety? Gregg Moore creates restaurant's tableware using bones from its kitchen. Ceramicist Gregg Moore has created crockery for the Blue Hill at Stone Barns restaurant outside New York, that is made from the bones of the very cows whose dairy and meat is served. 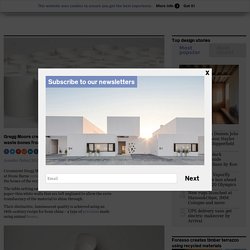 The table setting encompasses a bowl, plate and cup, with paper-thin white walls that are left unglazed to allow the eerie translucency of the material to shine through. Their distinctive, luminescent quality is achieved using an 18th-century recipe for bone china – a type of porcelain made using animal bones. Analyse Tattouage Justin bieber le fake prisonner. Hong Kong's Imperfect Residence embraces the values of wabi-sabi. NC Design & Architecture has applied an array of naturally flawed materials throughout this Hong Kong apartment, which has been designed in accordance with the Japanese philosophy of wabi-sabi. 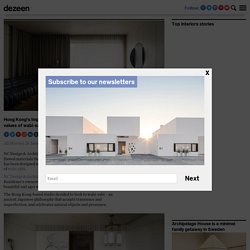 NC Design & Architecture was initially asked by Imperfect Residence's owners to create a highly functional space that looks beautiful and ages well. The Hong Kong-based studio decided to look to wabi-sabi – an ancient Japanese philosophy that accepts transience and imperfection, and celebrates natural objects and processes.