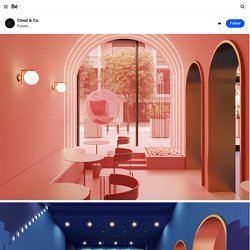 Is a traditional gelato store located in Qatar, in which Futura was in charge of the Branding. After 3 years, Cloud and Co. approached Futura in order to translate the concept into a tridimensional space, which would be their store. The interior design followed the inspiration of Escher´ surreal scenes and refers a dreamlike universe to reaffirm the new gelato culture in a fantastic atmosphere of pastel skies and cotton candy clouds. The customers´ area is divided into two parts: one completely pink in which an imaginative and playful world is created incorporating elements that encourage the interaction. 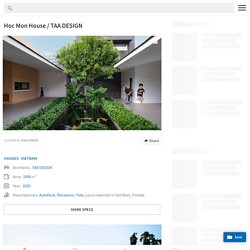 SAY NO MO on Behance. Untitled. Optical Glass House by Hiroshi Nakamura & NAP. A tree-filled courtyard is glimpsed through the shimmering glass-brick facade of this house in Hiroshima, designed by Japanese architect Hiroshi Nakamura (+ movie). 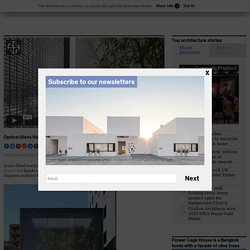 Optical Glass House was constructed beside a busy road, so Hiroshi Nakamura and his studio NAP wanted to create a private oasis where residents could still make out the movements of people and traffic beyond the walls. "The serene soundless scenery of the passing cars and trams imparts richness to life in the house," said the architect. The garden is raised up to first floor level to make room for a garage below and the architects used 6,000 specially made glass blocks to build a two-storey-high wall in front of it. The wall was too tall to support itself, so the blocks had to be bolted together. Optical Glass House by Hiroshi Nakamura & NAP. 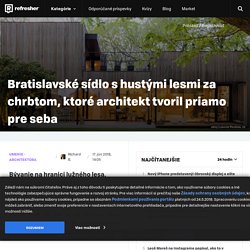 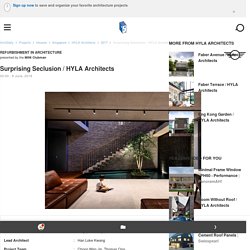 With both the front and rear facing busy roads and the side an old house, this house looks inwards. A triple volume covered but naturally ventilated court with a pool becomes the focus of the internal space. On the side, a sculptural staircase cantilevers from the wall to reach the family room on the second level. Carmody Groarke creates two ruin-like pavilions at English country home. Family apartment in Kiev blends Japanese and Ukrainian design influences. Sergey Makhno has overhauled his duplex apartment in Kiev with the intention of creating a "a bridge between Japanese minimalism and Ukrainian aesthetics. 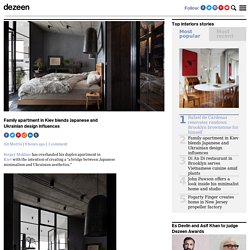 " The design of the 175-square-metre apartment is based on the Japanese concept of wabi-sabi, a philosophy derived from Buddhist teachings that accepts transience and imperfection, and celebrates natural objects and processes. Designed by Kiev-based architect Sergey Makhno for his own family, the home boasts a roof terrace, an open-plan living, kitchen and dining area, and numerous pieces of furniture designed specifically for the apartment by Makhno. Kengo Kuma, “From Concrete to Wood: Why Wood Matters” WAX Architectural Visualizations. Architecture Illustration Still Image creation - Brick Visual. Marek Denko online. 12 BEST of MONTH Visualizations of 2015 - 3D Architectural Visualization & Rendering Blog. 2016 started and it’s time to look back and reflect upon the best works posted by you on the forums during 2015. 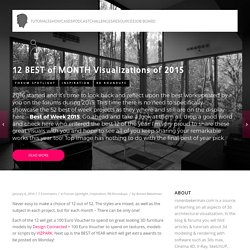 This time there is no need to specifically showcase the 52 best of week projects as they where and still are on the display here – Best of Week 2015. Go ahead and take a look at them all, drop a good word and check here who entered the best 12 of the year. I’m very proud to share these great visuals with you and hope to see all of you keep sharing your remarkable works this year too! Top image has nothing to do with the final best of year pick.

Never easy to make a choice of 12 out of 52. Each of the 12 will get a 100 Euro Voucher to spend on great looking 3D furniture models by Design Connected + 100 Euro Voucher to spend on textures, models or scripts by VIZPARK. Peter Zumthor's Therme Vals Through the Lens of Fernando Guerra. Tree House / QBO3 Arquitectos. Portfolio. Pinterest. A completely breathtaking lakeside hideaway in North Carolina. This fabulous lakeside hideaway was designed by Weber Design Group and constructed by Bonn-A Builders, located in Charlotte, North Carolina. 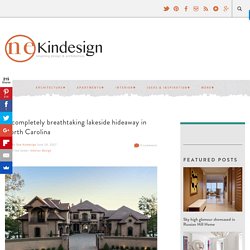 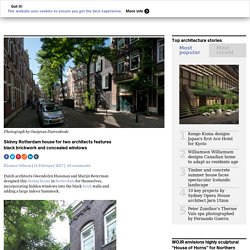 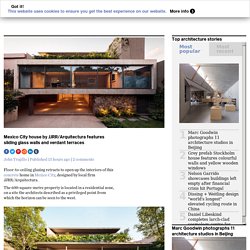 The 600-square-metre property is located in a residential zone, on a site the architects described as a privileged point from which the horizon can be seen to the west. Handout 1529 av1529 SketchUpYourWayInto3dsmax handout. The Art of Rendering: How to Create “Lugano Lake House” Using SketchUp, V-Ray and Photoshop. David Santos has set upon recreating Lake Lugano House, a beautifully designed house by JM Architecture, which he modeled using SketchUp 2015 and rendered with V-Ray as part of a personal study of HDRI-based dusk lighting. Follow David in this article as he takes us from start to finish on this one. Enjoy! Introduction. The Art of Rendering: 5 Powerful Emotions Stirred Through Architectural Visualization. Public voting for Architizer’s 2017 A+Awards is open until March 30!

Click here to cast your votes now. Pure Modernism: Luciano Kruk’s Raw Concrete Home Is Every Architect’s Dream. From the artful abode of Frank Lloyd Wright to the Bauhaus beauty of Walter Gropius, some of the finest works in domestic design over the last century have emerged when the architect is their own client. Designing your own home allows you to incorporate the aesthetic language you favor most, and opens the opportunity to realize a personal architectural vision without the need for compromise. An example of such a project has recently been completed on the scenic Costa Esmeralda, and the architect behind it — Argentine Luciano Kruk — has held nothing back in his pursuit of a modernist utopia. Casa L4, a holiday home for Kruk and his girlfriend, is defined by exposed, board-formed concrete — a material for which the architect’s firm is becoming increasingly renowned for employing in dramatic, sophisticated fashion.

Concrete and glass surfaces extend from inside to outside of Israeli house.