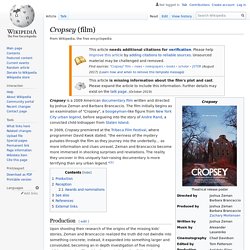 The film initially begins as an examination of "Cropsey", a boogeyman-like figure from New York City urban legend, before segueing into the story of Andre Rand, a convicted child kidnapper from Staten Island. Upon shooting their research of the origins of the missing kids’ stories, Zeman and Brancaccio realized the truth did not dwindle into something concrete; instead, it expanded into something larger and convoluted, becoming an in depth investigation of five missing children’s stories. The objective was to bring the distinct elements into one overarching narrative: the oral tradition of urban legends; the mystery of the missing children; the courtroom drama; the search for the roots of Staten Island’s obsession with the case, the community’s need for catharsis. [citation needed] When filming began, Zeman and Brancaccio sent Andre Rand a letter. Hikikomori. Rural flight. Rural flight (or rural exodus) is the migratory pattern of peoples from rural areas into urban areas. 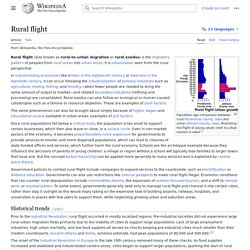 It is urbanization seen from the rural perspective. In modern times, it often occurs in a region following the industrialization of agriculture—when fewer people are needed to bring the same amount of agricultural output to market—and related agricultural services and industries are consolidated. Rural flight is exacerbated when the population decline leads to the loss of rural services (such as business enterprises and schools), which leads to greater loss of population as people leave to seek those features. Historical trends[edit] More Americans see benefits of learning Chinese. A competitor performs Chinese calligraphy during the preliminary contest of the 10th Chinese Bridge language proficiency competition for the midwest of the United States at the Confucius Institute of Purdue University, West Lafayette, Indiana, the United States, April 23, 2011. 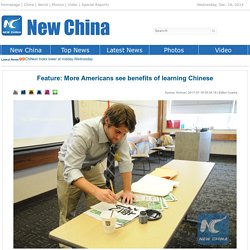 The two young members of the U.S. first family are joining a growing list of American celebrities including Facebook co-founder Mark Zuckerberg and Malia Obama, former President Barack Obama's daughter who take Chinese as their second language. Jane Addams - Biographical. (Laura) Jane Addams (September 6, 1860-May 21, 1935) won worldwide recognition in the first third of the twentieth century as a pioneer social worker in America, as a feminist, and as an internationalist. 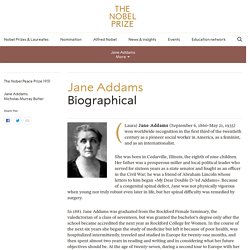 She was born in Cedarville, Illinois, the eighth of nine children. Her father was a prosperous miller and local political leader who served for sixteen years as a state senator and fought as an officer in the Civil War; he was a friend of Abraham Lincoln whose letters to him began «My Dear Double D-‘ed Addams». ‘Regular Black’ vs. ‘Ethnic Black’: Why the Divide?

I first heard someone at a black student union party refer to herself—and to me, by extension—as a “regular black.” 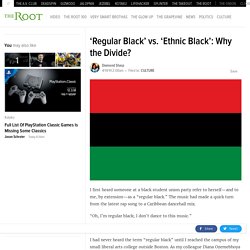 The music had made a quick turn from the latest rap song to a Caribbean dancehall mix. “Oh, I’m regular black; I don’t dance to this music.” Well, this “regular black” continued dancing, but I was intrigued by the term. I had never heard the term “regular black” until I reached the campus of my small liberal arts college outside Boston. Rape culture. Sociological concept for a setting in which rape is pervasive and normalized due to societal attitudes about gender and sexuality Rape rates (police reported) per 100,000 population, 2010–2012 The notion of rape culture was developed by second-wave feminists, primarily in the United States, beginning in the 1970s. 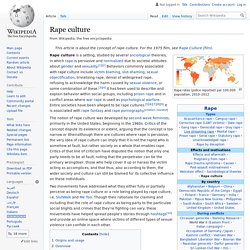 Critics of the concept dispute the existence or extent of rape culture, arguing that the concept is too narrow or that, although there are cultures where rape is pervasive, the idea of a rape culture can imply that the rapist is not at fault but rather the society that enables rape. Origins and usage[edit] The term "rape culture" was first coined in the 1970s in the United States by second-wave feminists, and was applied to contemporary American culture as a whole.[10] During the 1970s, second-wave feminists had begun to engage in consciousness-raising efforts designed to educate the public about the prevalence of rape. 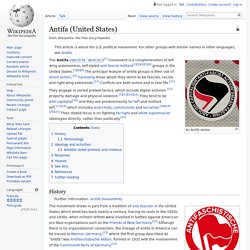 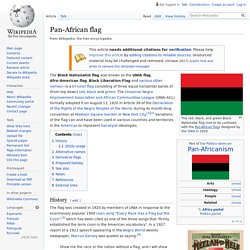 History[edit] The flag was created in 1920 by members of UNIA in response to the enormously popular 1900 coon song "Every Race Has a Flag but the Coon".[3] which has been cited as one of the three songs that "firmly established the term coon in the American vocabulary". In a 1927 report of a 1921 speech appearing in the Negro World weekly newspaper, Marcus Garvey was quoted as saying:[4] Show me the race or the nation without a flag, and I will show you a race of people without any pride. Aye! Pictures of Life in Isolation: Japan’s Hikikomori. In Japan, observes photographer Maika Elan, “there are always two sides that oppose one another. It is both modern and traditional, bustling and very lonely. Restaurants and bars are always full, but if you pay close attention, most are packed with customers eating alone. And in the streets, no matter the hour, you find exhausted office employees.”

Fresh off the boat. In the sociology of ethnicity, this term can be seen as an indicator of a nature of diasporic communities, or communities that have left their country of origin and migrated, usually permanently, to another country. 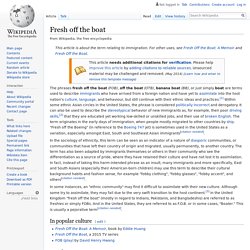 The term has also been adapted by immigrants themselves or others in their community who see the differentiation as a source of pride, where they have retained their culture and have not lost it to assimilation. In fact, instead of taking this harm-intended phrase as an insult, many immigrants and more specifically, East and South Asians (especially their American-born children) may use this term to describe their cultural background habits and fashion sense, for example "fobby clothing", "fobby glasses", "fobby accent", and others[citation needed]. In some instances, an "ethnic community" may find it difficult to assimilate with their new culture. In popular culture[edit] See also[edit] 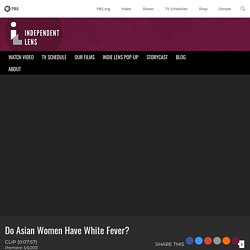 Head bobble. The head bobble, or Indian head shake refers to a common gesture found in South Asian cultures, most notably in India. The motion usually consists of a side-to-side tilting of the head in arcs along the coronal plane.[1] A form of nonverbal communication, it may mean "Yes", "Good", "OK" or "I understand", depending on the context.[2][3] Swearing on a Christian Server. About Swearing on a Christian Server refers to a series of jokes about cursing in family-friendly online communities that have strict rules forbidding swearing.

In 2017, they became the subject of image macros and other memes joking about the servers’ strict rules on swearing on the servers, particularly for the sandbox mining game Minecraft. Origin Christian servers have long been a part of online gaming communities. For example, the earliest Christian Minecraft server dates back to when the game was launched in Beta on December 20th, 2010. Christian servers for video games had existed prior those for Minecraft but have seen little online spread.

Jokes about swearing on Christian servers began appearing more in the early half of 2017. Spread Other image macros relating to swearing on Christian servers and communities appeared in the ensuing months, often in a similar manner to the Please Do Not Swear On My Profile, Thanks meme. Various Examples Search Interest External References. Nepotism. Nepotism is based on favour granted to relatives in various fields, including business, politics, entertainment, sports, religion and other activities.

The term originated with the assignment of nephews to important positions by Catholic popes and bishops. Trading parliamentary employment for favors is a modern-day example of nepotism. Criticism of nepotism, however, can be found in ancient Indian texts such as the Kural literature. Origins[edit] Milo is Singaporeans' most-loved brand, survey finds, Companies & Markets News. SINGAPORE - Milo is Singapore consumers' favourite brand, according to a survey from the marketing and promotional organisation Superbrands. The old-time chocolate and milk drink narrowly beat Singapore Airlines to bag the top spot, with Visa in third place.

Golden Village was the only other home-grown brand that made the top 10. Making its appearance in the top 10 for the first time was ride-hailing app Grab which has burst into the scene in a relatively short period of time. For the survey, Superbrands identified over 500 of Singapore consumers' favourite brands across 107 consumer product and service categories by polling 1,500 people aged 18 to 54 years. Thai Chinese. Japanese Brazilians. Corrective rape. Why Are BMW Drivers Hated So Much. North–South divide (England) The three Northern England government regions shown within England, without regional boundaries. Other cultural definitions of the North vary. Myth: Making public transport free will encourage use and political support – Public Transport Users Association (Victoria, Australia) Myth: Making public transport free will encourage use and political support Fact: Although Melbourne’s fares are too high for shorter trips, cost is not the main factor that puts most people off using public transport in Melbourne.

Just eliminating fares without improving services won’t shift the habits of enough people to justify the cost. But if service improvements can attract more people to public transport, we might as well maintain (reasonably cheap) fares so as to recover some of the cost. That’s what came to be accepted in Hasselt: the city that became most famous for making its local transport free, but which ultimately had to abandon the policy on financial grounds. A popular suggestion by sustainable transport advocates is that more people would be persuaded to leave their cars at home and use public transport, if public transport were free.