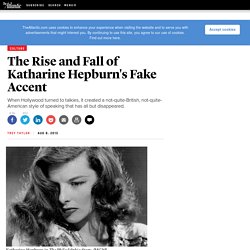 (MGM) "Play it, Sam. Play 'As Time Goes By,'" purrs a moon-faced Ingrid Bergman in the now-famous scene from 1942's Casablanca. Staccato t's and accordion-stretched a's lend a musical flavor to Bergman's lilt. "Early" becomes "euh-ly" and "perhaps" unfolds as "peuh-haps.'" How to Whiten Teeth With Baking Soda: 7 Steps. Edit Article Two Methods:Basic MethodAlternative Methods Do you want whiter teeth without spending tons of money on expensive products or treatments? 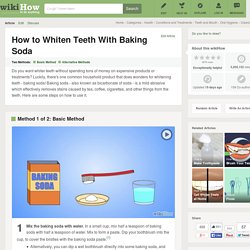 Luckily, there's one common household product that does wonders for whitening teeth - baking soda! Baking soda - also known as bicarbonate of soda - is a mild abrasive which effectively removes stains caused by tea, coffee, cigarettes, and other things from the teeth. Here are some steps on how to use it. 30 Walk-in Closet Ideas for Men Who Love Their Image. Antique Reproduction Furniture, Antique Furniture, Mahogany Furniture. Haunting chalkboard drawings, frozen in time for 100 years, discovered in Oklahoma school. (Oklahoma City Public Schools) Teachers and students scribbled the lessons — multiplication tables, pilgrim history, how to be clean — nearly 100 years ago. 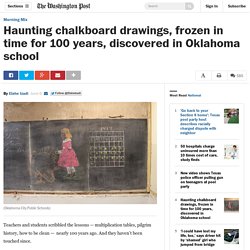 And they haven’t been touched since. This week, contractors removing old chalkboards at Emerson High School in Oklahoma City made a startling discovery: Underneath them rested another set of chalkboards, untouched since 1917. Horsemans Trading Post - Western Saddlery. Welcome to The Post-Reformation Digital Library. Found and restored KQED documentary from 1961 addresses homosexuality for the first time. Photo credit: copyright to The Rejected is held by WNETThe Rejected. 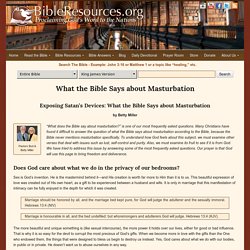 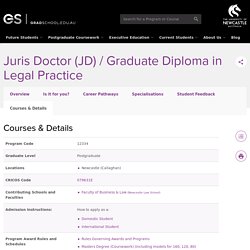 The Juris Doctor (JD) is to be studied concurrently with the Graduate Diploma in Legal Practice, allowing students to develop both high level academic and legal skills, whilst also providing practical and real world experience. Offered at a postgraduate level, the Newcastle JD prepares graduates with strong work ready skills and extensive knowledge to become a leader in Australian and global legal practice. Students completing the JD will have direct involvement with the University of Newcastle Legal Centre, getting involved in real cases and providing services to the community. Public interest law. Public interest law loosely, refers to legal practices undertaken to help poor or marginalized people, or to effect change in social policies in the public interest, on 'not for profit' terms (pro bono publico). 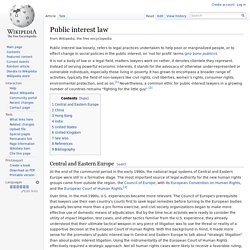 It is not a body of law or a legal field, matters lawyers work on rather, it denotes clientele they represent. Instead of serving powerful economic interests, it stands for the advocacy of otherwise under-represented or vulnerable individuals, especially those living in poverty. It has grown to encompass a broader range of activities, typically the field of non-lawyers like civil rights, civil liberties, women’s rights, consumer rights, environmental protection, and so on.[1] Nevertheless, a common ethic for public-interest lawyers in a growing number of countries remains “fighting for the little guy”.[2] Central and Eastern Europe[edit] At the end of the communist period in the early 1990s, the national legal systems of Central and Eastern Europe were still in a formative stage. Information for candidates. Updated: 3 April 2014 Standing as a candidate Candidate overview Candidates Handbook. 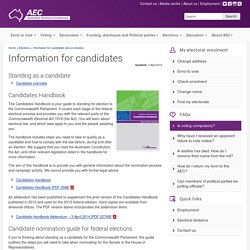 How to become a federal MP. Part 1, the ALP. Why Our Children Don't Think There Are Moral Facts. The Stone is a forum for contemporary philosophers and other thinkers on issues both timely and timeless. 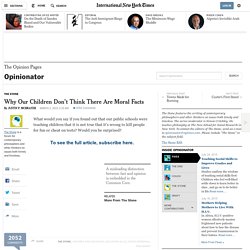 Photo What would you say if you found out that our public schools were teaching children that it is not true that it’s wrong to kill people for fun or cheat on tests? Moral Relativism and the Crisis of Contemporary Education. The very concepts make them profoundly uneasy: Who says virtue is better than vice? 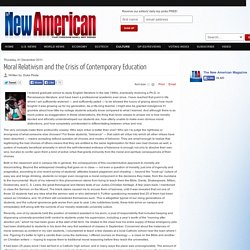 Who am I to judge the rightness or wrongness of what someone else chooses? For these students, “tolerance” — that catch-all virtue into which all other virtues have been absorbed — means accepting without question all choices and modes of behavior. They are smart enough to realize that legitimizing the bad choices of others means that they are entitled to the same legitimization for their own bad choices as well, a system of mutually beneficial amorality in which the self-interested embrace of tolerance is enough not only to absolve their own sins, but also to confer upon them a kind of active virtue that grants immunity from the moral and spiritual consequences of their choices.

Both in the classroom and in campus life in general, the consequences of this counterintuitive approach to morality are disconcerting. The Origins and Purpose of Humanistic Education.