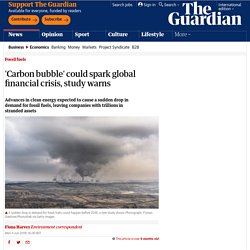 A sudden drop in demand for fossil fuels before 2035 is likely, according to the study, given the current global investments and economic advantages in a low-carbon transition. The existence of a “carbon bubble” – assets in fossil fuels that are currently overvalued because, in the medium and long-term, the world will have to drastically reduce greenhouse gas emissions – has long been proposed by academics, activists and investors. Theconversation. The carbon footprint of tourism is about four times larger than previously thought, according to a world-first study published today in Nature Climate Change. 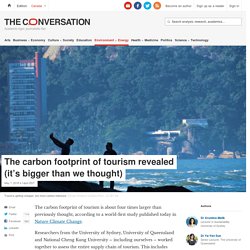 Researchers from the University of Sydney, University of Queensland and National Cheng Kung University – including ourselves – worked together to assess the entire supply chain of tourism. This includes transportation, accommodation, food and beverages, souvenirs, clothing, cosmetics and other goods. Put together, global tourism produces about 8% of global greenhouse gas emissions, much more than previous estimates. Adding it all up Tourism is a trillion-dollar industry, and is growing faster than international trade. China is building a huge weather-control machine – will it work? Climate Change Is Messing With Your Dinner. Beast from the east. North Pole surges above freezing in the dead of winter, stunning scientists.

China's forest city. Scientists find that a vital part of Earth's ozone layer is not healing as expected. This false-color image shows ozone concentrations above Antarctica on Oct. 2, 2015. 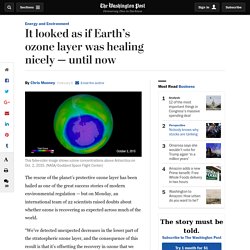 (NASA/Goddard Space Flight Center) World set to use more energy for cooling than heating. The world faces a looming and potentially calamitous “cold crunch”, with demand for air conditioning and refrigeration growing so fast that it threatens to smash pledges and targets for global warming. 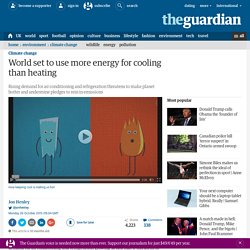 Worldwide power consumption for air conditioning alone is forecast to surge 33-fold by 2100 as developing world incomes rise and urbanisation advances. Already, the US uses as much electricity to keep buildings cool as the whole of Africa uses on everything; China and India are fast catching up. By mid-century people will use more energy for cooling than heating. And since cold is still overwhelmingly produced by burning fossil fuels, emission targets agreed at next month’s international climate summit in Paris risk being blown away as governments and scientists struggle with a cruel climate-change irony: cooling makes the planet hotter.

The three-degree world: cities that will be drowned by global warming. When UN climate negotiators meet for summit talks this month, there will be a new figure on the table: 3C. 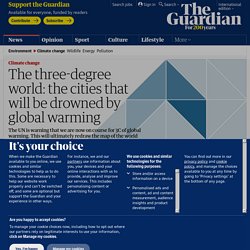 Until now, global efforts such as the Paris climate agreement have tried to limit global warming to 2C above pre-industrial levels. However, with latest projections pointing to an increase of 3.2C by 2100, these goals seem to be slipping out of reach. Global temperature change compared to pre-industrial levels. Jakarta Is Sinking So Fast, It Could End Up Underwater. There's so much CO2 in the atmosphere that planting trees can no longer save us. The countries most likely to survive climate change in one infographic. How It Works Magazine. Flood Map: Water Level Elevation Map. Climate Time Machine. Climate's magic rabbit: Pulling CO2 out of thin air. Delhi's smog-fighting helicopters can't fly – because of smog. Hurricane formation infographic. The most effective individual steps to tackle climate change aren't being discussed.

Governments and schools are not communicating the most effective ways for individuals to reduce their carbon footprints, according to new research. 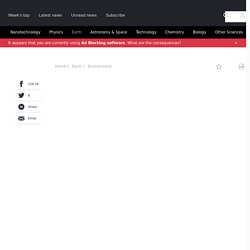 Published today in the journal Environmental Research Letters, the study from Lund University, found that the incremental changes advocated by governments may represent a missed opportunity to reduce greenhouse gas emissions beneath the levels needed to prevent 2°C of climate warming. The four actions that most substantially decrease an individual's carbon footprint are: eating a plant-based diet, avoiding air travel, living car-free, and having smaller families. The research analysed 39 peer reviewed papers, carbon calculators, and government reports to calculate the potential of a range of individual lifestyle choices to reduce greenhouse gas emissions.

This comprehensive analysis identifies the actions individuals could take that will have the greatest impact on reducing their greenhouse gas emissions. Climate tipping points. Why is Africa building a Great Green Wall? Antarctic sea ice levels hit record low, but experts are not sure why. Sea ice levels in Antarctica dropped to a record low this year, but experts say there is not a clear link to climate change. 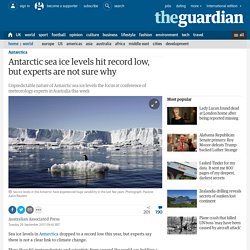 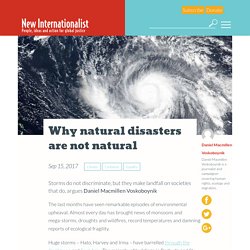 Hurricane Irma: Damage mapped. Media playback is unsupported on your device The most powerful Atlantic storm in a decade has left a trail of destruction in the Caribbean, affecting an estimated 1.2 million people. 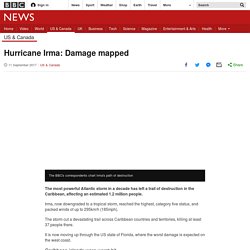 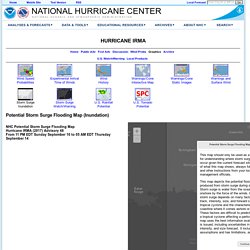 Houston drainage grid 'so obsolete it's just unbelievable' Is Harvey the Latest Freakish Weather Event Linked to Climate Change? Houston is America’s fourth largest city. It is currently being inundated with historic rainfall, stranding many thousands of people and upending one of the most important metropolitan areas in the country. Harvey, it seems, is yet another extreme weather event–and the latest that can be linked to our ever changing climate. Two studies out this month shed light on just how unusual this situation is. Typhoons, cyclones and hurricanes: how these weather systems form. As recovery begins on the islands of the Caribbean and Florida braces itself for an onslaught, Irma has stormed into the record books as the most powerful hurricane ever recorded in the Atlantic Ocean.

But such weather systems are far from a rarity. Hurricanes are a type of storm known as a tropical cyclone, which build from warm, moist air over the oceans. Hot Water Ahead for Hurricane Irma : Image of the Day. Earth, Then and Now: Dramatic Changes in Our Planet Revealed by Incredible NASA Images. If you compare some of the photographs which can be found on NASA’s website, you can really see how human beings have changed the appearance of our world over the years. Twin megastorms have scientists fearing this may be the new normal. Mapped: How climate change affects extreme weather around the world. What will Earth look like if all its land ice melts? Here's your answer. Arctic stronghold of world’s seeds flooded after permafrost melts. Sweden, Germany and France are the EU’s climate leaders, says study.

It’s So Absurd and Crazy It Might Just Work: China Plants Billions of Trees in the Desert – Mother Jones. A year of smog, in 5 charts. Hurricane Harvey: The link to climate change. It's a fact: climate change made Hurricane Harvey more deadly. Why are the crucial questions about Hurricane Harvey not being asked? What makes Houston so vulnerable to serious floods? Interactive Weather Satellite Imagery Viewers from NASA MSFC. Weather and climate change. A global map of wind, weather, and ocean conditions.