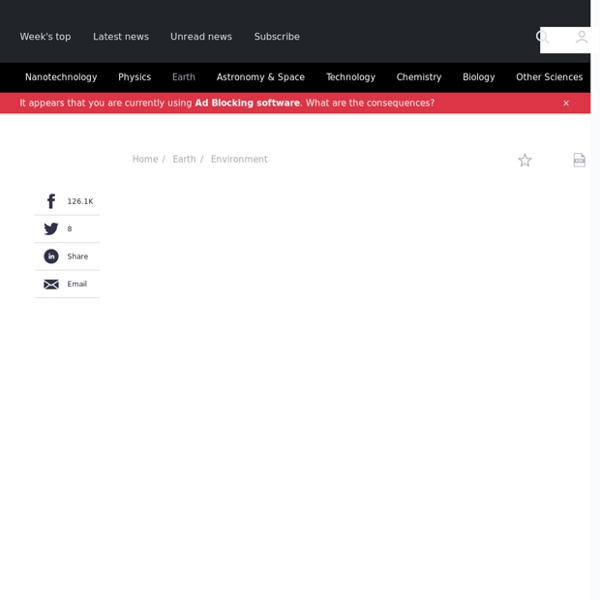 Governments and schools are not communicating the most effective ways for individuals to reduce their carbon footprints, according to new research. Published today in the journal Environmental Research Letters, the study from Lund University, found that the incremental changes advocated by governments may represent a missed opportunity to reduce greenhouse gas emissions beneath the levels needed to prevent 2°C of climate warming. The four actions that most substantially decrease an individual's carbon footprint are: eating a plant-based diet, avoiding air travel, living car-free, and having smaller families. The research analysed 39 peer reviewed papers, carbon calculators, and government reports to calculate the potential of a range of individual lifestyle choices to reduce greenhouse gas emissions. This comprehensive analysis identifies the actions individuals could take that will have the greatest impact on reducing their greenhouse gas emissions. This document is subject to copyright.

Antarctic sea ice levels hit record low, but experts are not sure why Sea ice levels in Antarctica dropped to a record low this year, but experts say there is not a clear link to climate change. More than 60 meteorologists and scientists from around the world are holding a week-long meeting in Hobart, Tasmania, to better understand sea ice changes on the frozen continent. Dr Jan Lieser from the Antarctic Climate and Ecosystems Cooperative Research Centre said sea ice levels had experienced a “massive increase” in variability over the past few years. Sea ice coverage fell to 2.075m sq km in March, the lowest since satellite observations began in 1979.

This heatwave is just the start. Britain has to adapt to climate change, fast Much of the world is in the grip of a heatwave. Britain is so hot and dry that we have Indonesia-style peat fires raging across our moorlands. Montreal posted its highest temperature ever, with the deaths of 33 people in Quebec attributed to the scorching heat.

The social causes of ‘natural’ disasters Sep 15, 2017 Storms do not discriminate, but they make landfall on societies that do, argues Daniel Macmillen Voskoboynik The last months have seen remarkable episodes of environmental upheaval. Almost every day has brought news of monsoons and mega-storms, droughts and wildfires, record temperatures and damning reports of ecological fragility. Huge storms – Hato, Harvey and Irma – have barrelled through the Caribbean and East Asia.

Climate change: Michael Bloomberg pledges $4.5m for Paris deal Image copyright Reuters Former New York Mayor Michael Bloomberg says he will pay $4.5m (£3.2m) to cover the lapsed US financial commitment to the Paris climate accord. He said he had a responsibility to help improve the environment because of President Donald Trump's decision to pull out of the deal. The three-degree world: cities that will be drowned by global warming When UN climate negotiators meet for summit talks this month, there will be a new figure on the table: 3C. Until now, global efforts such as the Paris climate agreement have tried to limit global warming to 2C above pre-industrial levels. However, with latest projections pointing to an increase of 3.2C by 2100, these goals seem to be slipping out of reach. Global temperature change compared to pre-industrial levels “[We] still find ourselves in a situation where we are not doing nearly enough to save hundreds of millions of people from a miserable future,” said Erik Solheim, the UN environment chief, ahead of the upcoming Bonn conference.

Climate change: Can 12 billion tonnes of carbon be sucked from the air? Is it remotely feasible to remove 12 billion tonnes of carbon dioxide from the air? Every year. For decades to come. That's the challenge posed by the latest conclusions of the UN's climate science panel. It says that only by pulling this heat-trapping gas out of the atmosphere can we avoid dangerous climate change. Mapped: How climate change affects extreme weather around the world ATTRIBUTION | April 15. 2020. 16:30 Mapped: How climate change affects extreme weather around the world In the early 2000s, a new field of climate-science research emerged that began to explore the human fingerprint on extreme weather, such as floods, heatwaves, droughts and storms. Known as “extreme event attribution”, the field has gained momentum, not only in the science world, but also in the media and public imagination. These studies have the power to link the seemingly abstract concept of climate change with personal and tangible experiences of the weather. Scientists have published more than 300 peer-reviewed studies looking at weather extremes around the world, from wildfires in Alaska (pdf) and hurricanes in the Caribbean to flooding in France and heatwaves in China.

Zambian farmers benefit from millions in insurance pay-outs thanks to Reading data Release Date 30 January 2018 Millions of dollars are due to be paid out to small-scale farmers in Zambia affected by a recent severe dry spell, following the introduction of a new government insurance scheme powered by University of Reading science. Satellite-based rainfall estimates for Africa produced by the University’s TAMSAT research group have allowed around US$2.8m to be triggered for farmers in 370 locations in Zambia between December 1 2017 and 20 January 2018. Short Answers to Hard Questions About Climate Change - The New York Times 3. Is there anything I can do about climate change? Fly less, drive less, waste less. You can reduce your own carbon footprint in lots of simple ways, and most of them will save you money. You can plug leaks in your home insulation to save power, install a smart thermostat, switch to more efficient light bulbs, turn off the lights in any room where you are not using them, drive fewer miles by consolidating trips or taking public transit, waste less food and eat less meat.

A new report says we should tax meat-eaters like smokers In Brief As global demand booms, a tax on meat may be a way of discouraging overconsumption and paying for the environmental damages of the livestock industry, a new report suggests. But critics believe it would disproportionately affect the poor. Climate Change Is Messing With Your Dinner A fisherman cleans his catch offshore from Newlyn, U.K. Credit: Annie Sakkab/Bloomberg The world’s dinner tables are seeing the impact of climate change. As cold regions become warmer, and warm places hotter still, farming and fishing are shifting. An evolving climate means big changes for people who grow, catch and rear for a living, and everyone else who buys and eats what they produce.

*****Carbon capture: Climate's magic rabbit: Pulling CO2 out of thin air Image copyright CLIMEWORKS UN climate negotiators are meeting in Bonn amid a welter of reports indicating that concentrations of carbon dioxide in the atmosphere have broken records, while international attempts to curb greenhouse gases are not doing enough to avoid dangerous levels of warming. Our environment correspondent Matt McGrath has travelled to Switzerland to see if technology to remove CO2 from the air could be the answer to this ongoing carbon conundrum. Hurricane Harvey: The link to climate change Image copyright Getty Images When it comes to the causes of Hurricane Harvey, climate change is not a smoking gun. However, there are a few spent cartridge cases marked global warming in the immediate vicinity. Hurricanes are complex, naturally occurring beasts - extremely difficult to predict, with or without the backdrop of rising global temperatures.