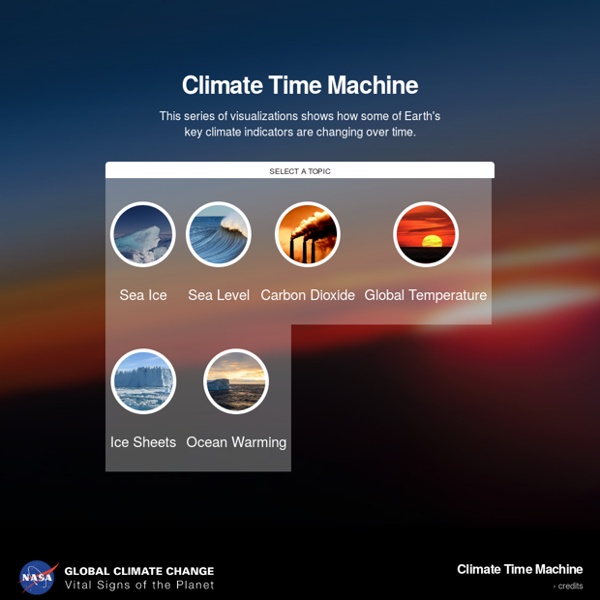 The three-degree world: cities that will be drowned by global warming When UN climate negotiators meet for summit talks this month, there will be a new figure on the table: 3C. Until now, global efforts such as the Paris climate agreement have tried to limit global warming to 2C above pre-industrial levels. However, with latest projections pointing to an increase of 3.2C by 2100, these goals seem to be slipping out of reach. Global temperature change compared to pre-industrial levels

The most effective individual steps to tackle climate change aren't being discussed Governments and schools are not communicating the most effective ways for individuals to reduce their carbon footprints, according to new research. Published today in the journal Environmental Research Letters, the study from Lund University, found that the incremental changes advocated by governments may represent a missed opportunity to reduce greenhouse gas emissions beneath the levels needed to prevent 2°C of climate warming. The four actions that most substantially decrease an individual's carbon footprint are: eating a plant-based diet, avoiding air travel, living car-free, and having smaller families.

World set to use more energy for cooling than heating The world faces a looming and potentially calamitous “cold crunch”, with demand for air conditioning and refrigeration growing so fast that it threatens to smash pledges and targets for global warming. Worldwide power consumption for air conditioning alone is forecast to surge 33-fold by 2100 as developing world incomes rise and urbanisation advances. Already, the US uses as much electricity to keep buildings cool as the whole of Africa uses on everything; China and India are fast catching up. Scientists find that a vital part of Earth's ozone layer is not healing as expected This false-color image shows ozone concentrations above Antarctica on Oct. 2, 2015. (NASA/Goddard Space Flight Center) The rescue of the planet’s protective ozone layer has been hailed as one of the great success stories of modern environmental regulation — but on Monday, an international team of 22 scientists raised doubts about whether ozone is recovering as expected across much of the world. “We’ve detected unexpected decreases in the lower part of the stratospheric ozone layer, and the consequence of this result is that it’s offsetting the recovery in ozone that we had expected to see,” said William Ball, a scientist with the Physical Meteorological Observatory in Davos, Switzerland. In 1987, countries of the world agreed to the Montreal Protocol, a treaty designed to phase out chlorofluorocarbons, or CFCs, responsible for destroying ozone in the stratosphere. business

Antarctic sea ice levels hit record low, but experts are not sure why Sea ice levels in Antarctica dropped to a record low this year, but experts say there is not a clear link to climate change. More than 60 meteorologists and scientists from around the world are holding a week-long meeting in Hobart, Tasmania, to better understand sea ice changes on the frozen continent. Dr Jan Lieser from the Antarctic Climate and Ecosystems Cooperative Research Centre said sea ice levels had experienced a “massive increase” in variability over the past few years.

The social causes of ‘natural’ disasters Sep 15, 2017 Storms do not discriminate, but they make landfall on societies that do, argues Daniel Macmillen Voskoboynik The last months have seen remarkable episodes of environmental upheaval. Almost every day has brought news of monsoons and mega-storms, droughts and wildfires, record temperatures and damning reports of ecological fragility. En-ROADS - Climate Interactive Climate Change Solutions Simulator En-ROADS is a transparent, freely-available policy simulation model that gives everyone the chance to design their own scenarios to limit future global warming. You can try your own experiments and assumptions, and get immediate feedback on the likely impacts.

Hurricane Irma: Damage mapped Media playback is unsupported on your device The most powerful Atlantic storm in a decade has left a trail of destruction in the Caribbean, affecting an estimated 1.2 million people. Irma, now downgraded to a tropical storm, reached the highest, category five status, and packed winds of up to 295km/h (185mph). The storm cut a devastating trail across Caribbean countries and territories, killing at least 37 people there. It is now moving up through the US state of Florida, where the worst damage is expected on the west coast. Caribbean islands were worst hit