The Problem We All Live With 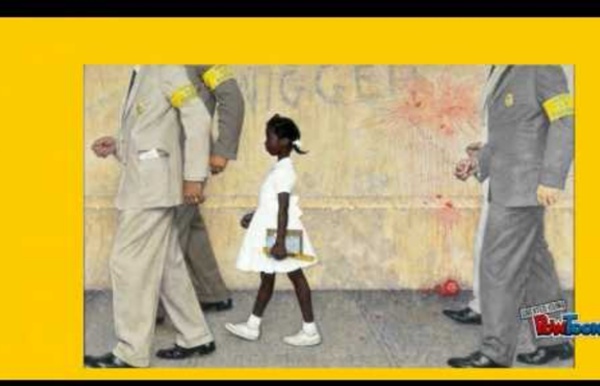 Declaration of Independence: A Transcription Note: The following text is a transcription of the Stone Engraving of the parchment Declaration of Independence (the document on display in the Rotunda at the National Archives Museum.) The spelling and punctuation reflects the original. In Congress, July 4, 1776 Manchester street artist Akse has a message for President Trump as he arrives in the UK Street artist Akse has unveiled his latest work and hopes it will send a strong message to President Trump as his state visit to the UK begins today. Akse - who is responsible for some of Manchester’s most famous street art - created a huge new mural depicting Trump shouting in the face of Martin Luther King. Several birds, painted in the style of the Twitter logo appear to be flying out of the President’s mouth, while a dove appears above Dr King’s head. The piece, entitled ‘Battle of the Birds’, was painted last month at Talbot Mill, in Castlefield, which is currently being re-developed by Capital and Centric. An accompanying video, made by director Charlie Watts, shows the side of the wall featuring the President’s image being destroyed by a large digger. The wall has since been demolished.

Illustration of Kamala Harris and Ruby Bridges goes viral There's so much history packed into a now-viral illustration that depicts Vice President-elect Kamala Harris walking next to a wall with her shadow transformed into the silhouette of a famous painting of civil rights activist Ruby Bridges. The drawing, created by San Francisco-based artist Bria Goeller for satirical clothing company WTF America, is being shared widely, including by Bridges herself. "I am Honored to be a part of this path and Grateful to stand alongside you, Together with Our fellow Americans, as we step into this Next Chapter of American History!"

The problem we all live with by missjonard on Genially ,Welcome to The Norman Rockwell Museum !Come in !,You are now inside the museum.Click on the painting to start discovering the document. Janelle Monáe Revealed the Real Meaning Behind Her New Song, 'Turntables' Prolific artist Janelle Monáe recently described the real meaning behind her new song, “Turntables.” The singer-songwriter explained that the record could help energize today’s revolution. Janelle Monáe’s ‘Turntables’ is on a new movie soundtrack “We kickin’ out the old regime,” sings Janelle Monáe in “Turntables.” During the hook, she declares, “The table ‘bout to turn.” The performer’s latest single, which dropped on Sept. 8, appears on the soundtrack for the Amazon original film, All In: The Fight for Democracy.

The Artwork of Brian Washington At times, history and destiny intersect to create a crossroads in man’s continual struggle for freedom and equality. Citizenship and equality are broader concepts than civil rights alone. The Civil Rights Movement was not solely about ending segregation, but also about allowing Americans to enjoy the fruits of being equal citizens in all aspects of life, both public and private. For the individuals of the Civil Rights Movement – courageous individuals who had been historically deprived of their constitutional rights and dignity as human beings on the basis of race – the right to equality and human dignity was not free.

Ruby Bridges: A little girl and her teacher Ruby Bridges signs copies of her book "Through My Eyes" at the Steinbeck Festival in Salinas, Cal. When Ruby Bridges was preparing to enter first grade, she took a test. It was a special test, a test 137 students her age volunteered to take. The test, which was administered by the NAACP, was special because the only students who took the test were black. Remembering Lynda Jean Gunn - Norman Rockwell Museum - The Home for American Illustration “Problem We All Live With”, 1963 –Norman Rockwell (1894-1978), Oil on canvas, Illustration for Look, January 14, 1964, Norman Rockwell Museum Collection Photo of Lynda Gunn Lynda Jean Gunn (1955 – 2019) of Stockbridge, holds a special place in our hearts. She passed away this week and we would like to share some memories in tribute to her.

index Written by Alexxa Gotthardt, Artsy This article was published in partnership with Artsy, the global platform for discovering and collecting art. The original article can be seen here. Strange Fruit: the first great protest song It is a clear, fresh New York night in March 1939. You're on a date and you've decided to investigate a new club in a former speakeasy on West 4th Street: Cafe Society, which calls itself "The Wrong Place for the Right People". Even if you don't get the gag on the way in – the doormen wear tattered clothes – then the penny drops when you enter the L-shaped, 200-capacity basement and see the satirical murals spoofing Manhattan's high-society swells.