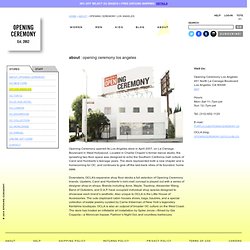 Located in Charlie Chaplin’s former dance studio, the sprawling two-floor space was designed to echo the Southern California mall culture of Carol and Humberto’s teenage years. The store represented both a new chapter and a homecoming for OC, and continues to give off the laid-back vibes of its founders’ home state. Downstairs, OCLA's expansive shop floor stocks a full selection of Opening Ceremony brands. Local Buzz: Los Angeles. The Definitive Guide to Little Ethiopia. One of the hardest reservations to get in the greater Los Angeles area is a parking space in Little Ethiopia, that grain of Fairfax Avenue between W. 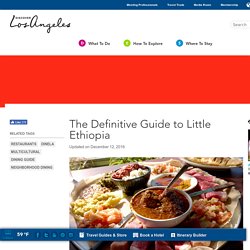 Olympic Boulevard and Whitworth Drive where the constant gridlock leads one to believe that all roads lead to Addis. The block itself is an allusion to Ethiopian cuisine, a collection of vibrant restaurants and tribes gathered together on a communal plate. This is where kitfo (raw meat in warm clarified butter and spices), wots (various stews), and a goldmine of vegan dishes are cooked with Eastern spices and fiery bebere (chilies and various spices). The Definitive Guide to Downtown Los Angeles. The Apple Pan. The Apple Pan is a restaurant (opened in 1947) locally famous for its hamburgers and apple pies served with vanilla ice cream. 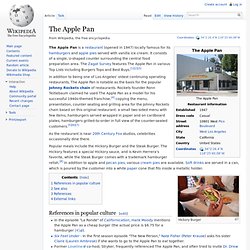 It consists of a single, U-shaped counter surrounding the central food preparation area. The Zagat Survey features The Apple Pan in various Top Lists including Burgers Tops and Best Buys.[1][2][3] In addition to being one of Los Angeles’ oldest continuing operating restaurants, The Apple Pan is notable as the basis for the popular Johnny Rockets chain of restaurants. VISIT KOREATOWN . ORG. 100 Free Things to Do in Los Angeles.

Here it is, folks! 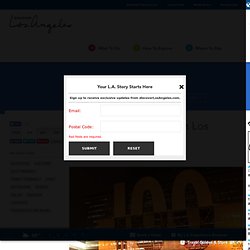 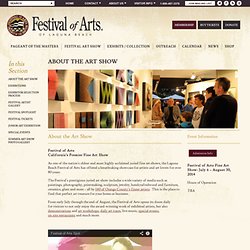 Festival of Arts Pageant of the Masters. July 12 – Aug 11. San Diego Zoo: Animal Zones. MOCA. Los Angeles is a city of continual reinvention-a city in a perpetual state of becoming, always looking for its future. 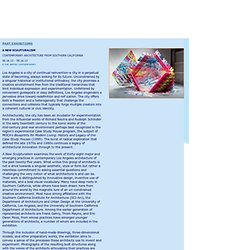 Unconstrained by a singular historical or institutional orthodoxy, the city promises a creative environment free from the traditional hierarchies that limit individual expression and experimentation. Unfettered by convenient guideposts or easy definitions, Los Angeles engenders a pervasive drive toward redefinition and reif ication. The city offers both a freedom and a heterogeneity that challenge the connections and collisions that typically forge multiple creators into a coherent cultural or civic identity. MOCA. Spread across MOCA Grand Avenue and The Geffen Contemporary at MOCA, the first survey in the United States of the Swiss-born artist Urs Fischer weaves together some of his most memorable and iconic sculptural works while creating an unexpected landscape in both venues. 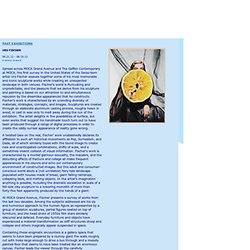 Fischer's world is fluctuating and unpredictable, and the pleasure that we derive from his sculpture and painting is based on our attraction to and simultaneous repulsion by the dreamlike appearances that he constructs. Fischer's work is characterized by an unending diversity of materials, strategies, concepts, and images. Sculptures are created through an elaborate aluminum casting process, roughly hewn in wood, or cast in wax only to melt away during the run of the exhibition. The artist delights in the possibilities of surface, but even works that suggest his handmade touch turn out to have been produced through a range of digital processes in order to create the oddly surreal appearance of reality gone wrong. 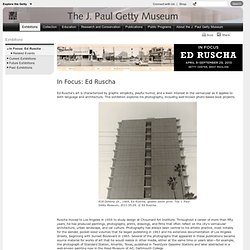 Throughout a career of more than fifty years, he has produced paintings, photographs, prints, drawings, and films that often reflect on the city's vernacular architecture, urban landscape, and car culture. Photography has always been central to his artistic practice, most notably for the slender, pocket-sized volumes that he began publishing in 1963 and his extensive documentation of Los Angeles streets, beginning with Sunset Boulevard in 1965. Vroman's Bookstore. Vroman’s Bookstore was founded on November 14, 1894 by Adam Clark Vroman, located at 60 E Colorado Street, a few blocks west of its current location. Born in 1856 in La Salle, Illinois, Vroman moved to Pasadena, California in the late 1800s to improve his wife's health. When she died two years later, he sold his book collection to raise the capital to open the bookstore. The store also sold photographic supplies. Discussion #3, Laboratory for Modernity: Los Angeles, 1940-1990 » Pacific Standard Time Presents. City of Pasadena, California.