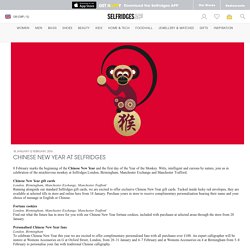 Sewing, Knitting & Crafts. Material World - Workshop at Tate Modern. Jeffree Star In 2016: Should We Be Celebrating Him? - We The Unicorns. Posted by Hollie-Anne Brooks 15 September 2016, 16:09 Vote in our poll and share your views. 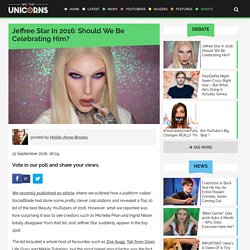 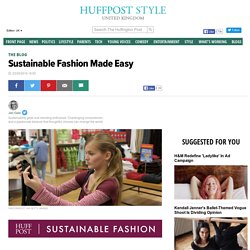 There is some serious money to be made meeting the seemingly insatiable demand of consumers in the developed world for cheap clothes. This demand for cheaper and cheaper clothes means that corners are cut at every level of the supply chain as retailers and manufacturers strive to cut prices, while still maintaining their bottom line. Marc Jacobs prompts more criticism for his apology over dreadlock cultural appropriation row. The more Marc Jacobs has attempted to apologise and clarify the cultural appropriation furore which erupted over the dreadlocks modelled in his New York fashion show, the more criticism the fashion designer has received. 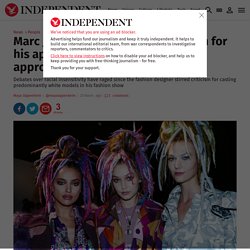 Immediately after his show aired last Thursday, critics jumped to condemn the 53-year-old fashion designer for choosing to cast mainly white models to model the dreadlocks. They accused him of cultural appropriation and racial insensitivity and argued dreadlocks were more than a fashion vogue and could not be appropriated with no mention of their black origins or history. Jacobs subsequent response to the criticism then compounded the problem and triggered an onslaught of broadsides on social media. In an attempt to quell allegations of racial insensitivity, he did the opposite by calling cultural appropriation “nonsense” and saying he did not see “colour or race” but just “people”.

“I thank you for expressing your feelings,” he wrote on Sunday. Merci, Paris. A Lifestyle Destination For Conscious Consumers - Mission. The Spark You know the feeling. 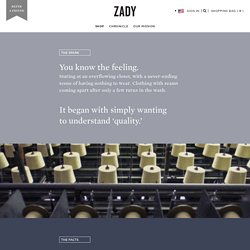 Emma Watson creates her own chic sustainable fashion wardrobe- and you can shop it too  New York City: At least 29 wounded in 'intentional' explosion. At least 29 people have been injured in an explosion in a crowded district of New York City. 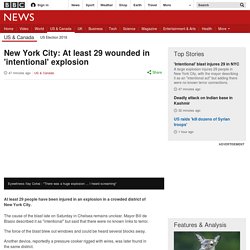 The cause of the blast late on Saturday in Chelsea remains unclear. Mayor Bill de Blasio described it as "intentional" but said that there were no known links to terror. The force of the blast blew out windows and could be heard several blocks away. Another device, reportedly a pressure cooker rigged with wires, was later found in the same district. Live updates. Refugees welcome in UK, say demonstrators on London march. Image copyright AFP Demonstrators chanting "refugees are welcome here" have marched through London to persuade the government to resettle more refugees in the UK. 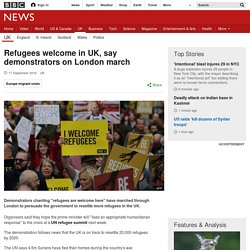 Organisers said they hope the prime minister will "lead an appropriate humanitarian response" to the crisis at a UN refugee summit next week. The demonstration follows news that the UK is on track to resettle 20,000 refugees by 2020. The UN says 4.5m Syrians have fled their homes during the country's war. iPhone 7: Fans queue at Apple Stores as sales begin amid supply shortage. Cancer blogger Anna Swabey dies day before wedding. A woman who blogged about her battle with terminal brain cancer has died a day before she was due to get married. 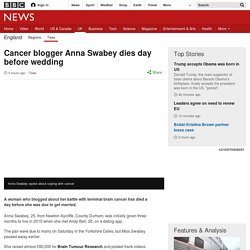 Anna Swabey, 25, from Newton Aycliffe, County Durham, was initially given three months to live in 2015 when she met Andy Bell, 26, on a dating app. The pair were due to marry on Saturday in the Yorkshire Dales, but Miss Swabey passed away earlier. Diane James: Who is Ukip's first female leader? The New Fiver - Bank of England. H&M on Instagram: “We love queen of cool @frejaerichsen_  in a tailored pinstripe suit and a dramatic gaucho hat! #HMStudioAW16 is everything you need to build the perfect fall wardrobe.” Boris Johnson, David Davis and Liam Fox as the Three Brexiteers? Dream on. Another week in Brexit, another seven days in which the tickers along the bottom of the news channel screens may as well have been changed to a continuous loop of the inquiry: WHAT JUST HAPPENED????? 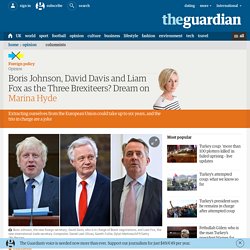 Matters that would have added to the gaiety of the nation for days are relegated to news-in-brief items that really are far too brief. Gay-cure-linked biblical moraliser Stephen Crabb has left the government “in the best interests of my family”. May's efficient and clinical reshuffle. David Cameron's advisers get extra pay-off. Pokemon Go teens stuck in caves 100ft underground. Image copyright Dorset & Wiltshire Fire & rescue service A group of teenage boys who entered an underground cave network to search for Pokemon got stuck 100ft below ground. 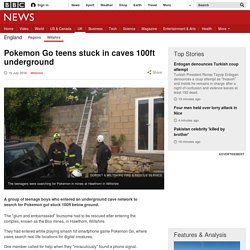 The "glum and embarrassed" foursome had to be rescued after entering the complex, known as the Box mines, in Hawthorn, Wiltshire. They had entered while playing smash hit smartphone game Pokemon Go, where users search real-life locations for digital creatures. PM Theresa May starts ministerial appointments. Image copyright Getty Images PM Theresa May has announced her first junior ministerial appointments as she continues to shape her administration. Anna Soubry, business minister and prominent Remain campaigner, and pensions minister Baroness Altmann have left the government, No 10 said. Pokémon Go, Amazon Dash, and the Future of User Interaction.

Sustainable success requires the right touch; sustainable digital success requires the right touchpoints. Already the fastest-growing mobile game in US history, Pokémon Go’s astonishing popularity highlights how profoundly touchpoints — any interaction between your customer and your offer — define and design user experience. Much of Go’s global appeal comes from an augmented reality sensibility that literally and figuratively transforms real-world environments into digital playgrounds.

Wmagazine. I could have sat at my desk and just focused on the work piling up. I could have just posted a picture on Instagram. But something compelled me to go into the streets last week and join the movement. Philando Castile death: Aftermath of police shooting streamed live. Alton Sterling shooting: new footage appears to show police taking gun from body. New footage of the fatal police shooting of Alton Sterling in Louisiana shows that a police officer pulled what appears to be a gun out of the 37-year-old’s right pocket after he had been fatally shot.

The 35-second video clip, shot by a witness, is filmed from directly behind Sterling’s body and shows the short struggle between him and Baton Rouge officers Blane Salamoni and Howie Lake. Philando Castile and Alton Sterling - latest US police shooting black victims - BBC News. Two black men have been shot dead by police in the US this week, the latest in a line of similar incidents, many of which have led to protests. Suicide blast at Islamic holy site in Medina where thousands are gathered ahead of the end of Ramadan. A SUICIDE bomber has struck at one of Islam’s holiest sites in Saudi Arabia. Four people have been killed outside the mosque in Medina where the Prophet Muhammad is buried. Reuters. Juno probe enters into orbit around Jupiter. Bangladesh Garment Industry Trembles After Dhaka Attack. Some leaders of Bangladesh’s $26 billion garment industry expect Western fashion retailers to review their ties with the world’s second-largest garment exporter after Islamist militants killed more than a dozen foreigners in an attack on a Dhaka restaurant.

Bangladesh, one of the world’s poorest countries, relies on garments for around 80% of its exports and for about 4 million jobs, and ranks behind only China as a supplier of clothes to developed markets like Europe and the United States. The property market is twitchy. Image copyright Oli Scarff, Getty Images. Conservative leadership race: First round of voting to begin. Conservative MPs will begin the process of choosing their next leader and UK prime minister, when the first round of voting gets under way later. Dozens dead in Pakistan and India after floods and landslides. Image copyright AFP. Trump embroiled in row after tweeting image of Hillary Clinton, cash and Star of David shaped logo  Trump a feminist who has 'lived' gender equality. US presidential candidate Donald Trump is a feminist who has "lived" gender equality, his daughter has said.

Ivanka Trump said that the polarising Republican hopeful had "employed women at the highest levels" of his businesses. Universities to be penalised for gender inequality. The national review of gender equality in higher education, which was done by the Expert Group and commissioned by the Higher Education Authority, outlined the need for a greater gender balance of staff, and higher education institutions will risk funds being withdrawn if they pay no heed, writes Marése O’Sullivan for UTV. It recommended that mandatory quotas should be introduced for academic promotion, with the final pool of candidates for positions – as far as possible – comprising an equal split of men and women; that a vice-president for equality be appointed at each institution; and that any applicant for president must have “demonstrable experience of leadership in advancing gender equality”.