Comes and Goes. 11 Big Tech Trends You'll See in 2013. Writing prediction pieces is a funny thing because there is really no such thing as “next year.” 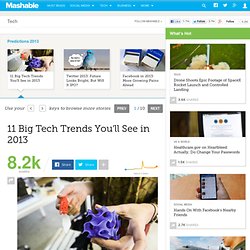 Time is a continuum, and the calendar is a human construct designed to help us keep organized. Things that will happen “next year” are already happening now, we may simply not take note of them until the sun rises and sets dozens and dozens of times. So as I look to 2013, I realize that much of which I expect to see in the coming 12-to-14 months has been quietly (or not so quietly) developing for months, even years. Statement on the 2013 Asia Pacific Economic Cooperation Forum. Details Published on Thursday, 17 October 2013 15:50 Gerak Lawan and the Social Movements on Alternatives for Asia The 2013 Asia-Pacific Economic Cooperation (APEC) hosted and chaired by Indonesia this year, met in Bali from 5-7 October 2013. 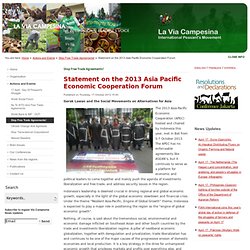 The APEC has no enforceable agreements like ASEAN’s, but it continues to serve as a platform for economic and political leaders to come together and mainly push the agenda of investments liberalization and free trade, and address security issues in the region. Indonesia's leadership is deemed crucial in driving regional and global economic growth, especially in the light of the global economic slowdown and financial crisis. Nothing, of course, is said about the tremendous social, environmental and economic damage inflicted on Southeast Asian and other South countries by the trade and investments liberalization regime. 9 October 2013.

Comet ISON Model. The Birth of a Saros – This Weekend’s Hidden Eclipse. Want to stay on top of all the space news? 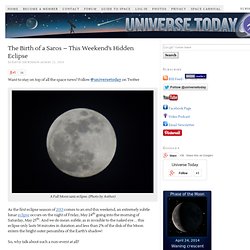 Follow @universetoday on Twitter A Full Moon sans eclipse. (Photo by Author) AstroEvent: Will Anyone Welcome the New Saros? A Remote partial for the hardcore…(Credit: Eclipse Predictions by Fred Espenak, NASA/GSFC). 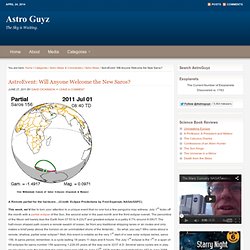 This week, we’d like to turn your attention to a unique event that no one but a few penguins may witness. July 1st kicks off the month with a partial eclipse of the Sun, the second solar in the past month and the third eclipse overall. Observing Alert: Rare Triple Transit Of Jupiter’s Moons Happens Friday Night (Oct. 11-12) Want to stay on top of all the space news? 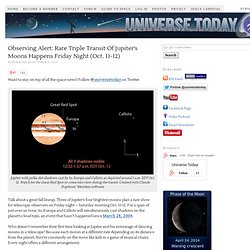 Follow @universetoday on Twitter Jupiter with polka dot shadows cast by Io, Europa and Callisto as depicted around 1 a.m. EDT Oct. 12. Orionid meteor shower sparks fireballs&nbsp;— and it's not over yet - NBCNews.com. 4 hours ago Chris Bakley Astrophotographer Chris Bakley sent in an Oct. 21 photo of an Orionid meteor from North Cape May, N.J. 2013 Planetary Overview. On this page, you'll find a handy overview of cosmic events—such as eclipses, planetary retrogrades, and other planetary phenomena—in the year 2013. 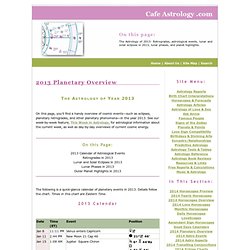 See our week-by-week feature, This Week in Astrology, for astrological information about the current week, as well as day-by-day overviews of current cosmic energy. On this Page: 2013 Calendar of Astrological Events Retrogrades in 2013 Lunar and Solar Eclipses in 2013 Lunar Phases in 2013 Outer Planet Highlights in 2013 The following is a quick-glance calendar of planetary events in 2013. Details follow the chart. Sorry folks. Time to Vote! Bill Summary & Status Search Results. Australia had a government shutdown once. In the end, the queen fired everyone in Parliament. Queen Elizabeth II in Western Australia watching a traditional performance welcoming her. 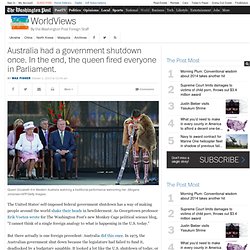 (Mogens Johansen/AFP/Getty Images) The United States' self-imposed federal government shutdown has a way of making people around the world shake their heads in bewilderment. As Georgetown professor Erik Voeten wrote for The Washington Post's new Monkey Cage political science blog, "I cannot think of a single foreign analogy to what is happening in the U.S. today. " But there actually is one foreign precedent: Australia did this once. In 1975, the Australian government shut down because the legislature had failed to fund it, deadlocked by a budgetary squabble.

Australia's 1975 shutdown ended pretty differently, though, than they do here in America. Here's how it happened. Prime Minister Gough Whitlam rejected the opposition's demands but couldn't bring the parties to a compromise, and the federal budget went unfunded. This sort of thing, of course, could never happen in the United States. Here is every previous government shutdown, why they happened and how they ended. Since the modern congressional budgeting process took effect in 1976, there have been a total of seventeen separate government shutdowns (or "spending gaps" in Hill jargon). 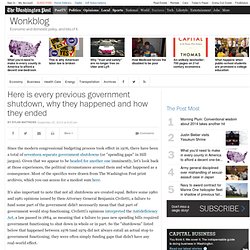 Given that we appear to be headed for another one imminently, let's look back at those experiences, the political circumstances around them and what happened as a consequence. Most of the specifics were drawn from The Washington Post print archives, which you can access for a modest sum here. It's also important to note that not all shutdowns are created equal. Before some 1980 and 1981 opinions issued by then-Attorney General Benjamin Civiletti, a failure to fund some part of the government didn't necessarily mean that that part of government would stop functioning.

Civiletti's opinions interpreted the Antideficiency Act, a law passed in 1884, as meaning that a failure to pass new spending bills required government functioning to shut down in whole or in part. David Mathews, President Gerald R. The Government Shutdown, Told in Lego - Philip Bump. POTUS-letter. Agency Contingency Plans. Impact of a government shutdown on federal agencies. The word “struggle” creeps people out. ARCHITECTURE AND ENERGY: Climate and Region, January 25, 2013 » 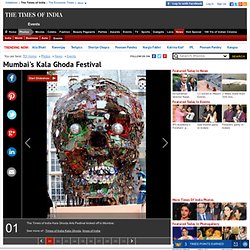 Russian Meteor Explosion VIDEOS: Fireball Hits Chelyabinsk. This terrifying video of a meteor explosion over Chelyabinsk, Russia, is one of many angles of the fiery event captured by amateurs Friday. 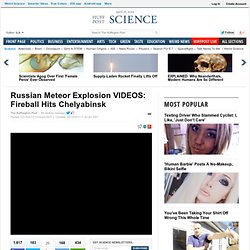 This particularly dramatic angle of the explosion over a highway shows a bright flash in the sky, as the 10-ton meteor releases several kilotons of energy. The meteor explosion reportedly injured hundreds, mainly due to flying shards of glass. The dashcam video was posted to a Reddit forum early on Feb. 15 where it quickly garnered more than 18,000 upvotes and rose to the social news site's front page. Other footage of the meteor explosion captured the sound of what is possibly the sonic boom emitted by the meteor as it broke up in the atmosphere.

Any Major Dude With Half A Heart. It was carnage in January, as far as music deaths went. Strangely, none of the 30-odd new arrivals in music heaven (or hell) were big headline deaths. Of course, Patti Page, who died on the first day of the new year, and Patty Andrews, the last surviving Andrews Sister who passed away on the second-last day of the month, were household names back in the day, but neither passing caused much of a stir. I suppose when you are 85 and 94, your deaths are sort of expected. For funk fans, the deaths of Ohio Players singer Leroy “Sugarfoot” Bonner and Mandrill’s Lou Wilson was big news. National Academies Keck Futures Initiative - Nominate - 2013 Communication Awards. The nominations process is now closed. Winners will be notified sometime in August/September, and will be honored at an awards ceremony in Washington, DC in October. The Keck Futures Initiative – a program of the National Academy of Sciences, National Academy of Engineering, and Institute of Medicine, with the support of the W.M.

Keck Foundation – will award four $20,000 prizes in 2014 to individuals or teams (up to four individuals associated with the creation of the work being nominated) who have developed creative, original works that address issues and advances in science, engineering and/or medicine for the general public. Nominations were accepted in four categories: Book;Film/Radio/TV; Magazine/Newspaper; and Online.