Fermentology Mini-Seminars. Join us for a series of short talks (20 minutes on average) about the culture, history and science behind the foods you have at home. 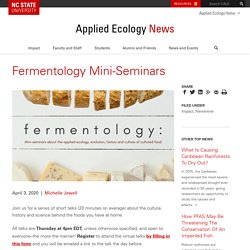 All talks are Thursday at 4pm EDT, unless otherwise specified, and open to everyone–the more the merrier! Register to attend the virtual talks by filling in this form and you will be emailed a link to the talk the day before. Each talk will be recorded and uploaded to the Applied Ecology Youtube page afterwards. Episodes — AnthroDish. Twitter. Popaganda: The Pumpkin Spice Must Flow. Published on October 4, 2018 at 11:15am At the end of summer, when the super hot days get rarer, the signs of fall appear: reddish leaves, leather jackets, people talking about football, and pumpkin spice lattes. 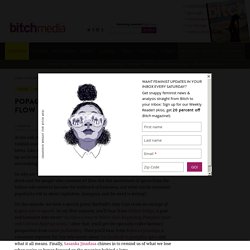 Like death and taxes, the pumpkin spice latte seems inevitable, and it takes up an incredible amount of space in the public consciousness. So yes, we’re succumbing to the siren song and devoting a whole episode to the PSL. So why are we so obsessed with pumpkin spice? And why is it so easy to hate on the drink and the people who consume it? Finding the True Cost of Food. Food from Nowhere: Complicating Cultural Food Colonialism to Understand Matcha as Superfood. Vol 5, No 1 (2018) Et si un petit système de distribution parallèle de produits de la mer devenait grand? – Caribou. Comment se fait-il qu’il soit si difficile de manger des poissons et fruits de mer du Saint-Laurent? 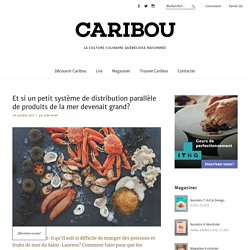 A Crumby Deal: What you need to know about the Loblaws price-fixing scheme. Calling Poutine ‘Canadian’ Gives Some in Quebec Indigestion. 100 ans à table. Finding the True Cost of Food. What Foods Kids Eat Around the World in Photos. What Kids Eat Around the World In the face of rising global obesity, photographer Gregg Segal traveled around the world to ask kids what they eat in one week and then photographed them alongside the food. 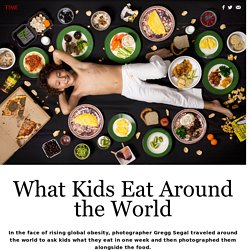 Photographs and text by Gregg Segal. Fast Food Commercials ♥ USA 2015. Why do we eat meat? Tracing the evolutionary history. Briana Pobiner questions meat-eating, but not in the way that you may think. 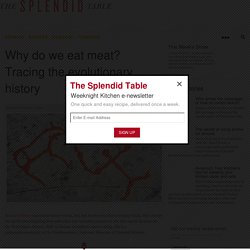 She travels the globe investigating how and what our cavemen ancestors ate. Cheap Eats, Cheap Labor: The Hidden Human Costs Of Those Lists. Everyone loves a cheap eats list. 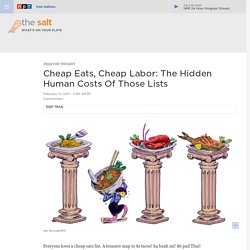 A treasure map to $1 tacos! $4 banh mi! $6 pad Thai! More often than not, the Xs that mark the cheap spots are in the city's immigrant enclaves. Indeed, food media is never so diverse as when it runs these lists, its pages fill with names of restaurateurs and chefs of color. These lists infuriate me. O k dunn. Roland Barthes, from Mythologies. 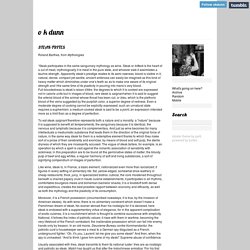 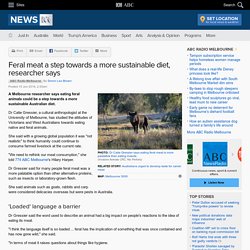 Dr Catie Gressier, a cultural anthropologist at the University of Melbourne, has studied the attitudes of Victorians and West Australians towards eating native and feral animals. The Long, Slow Trek To Get Americans To Eat Camel Meat - Food and Environment Reporting Network. The first time Somali-American chef Jamal Hashi put camel meat on his menu in Minneapolis, it didn’t go well. 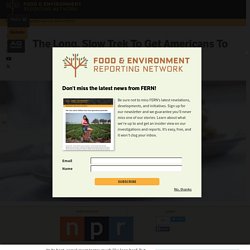 He tried grinding it into a burger and using chunks of it in a spicy stew, but no matter, the texture was bad and the sales were worse. “It was like chewing on a patty of rubber bands,” he said of the burger. At its best, camel meat tastes much like lean beef. But certain cuts can be tough, and if the meat comes from an old camel, it can also taste gamey. Hashi had used a shoulder cut, and neither he nor his customers were happy with the results. Chinese Stir-Fried Tomatoes and Eggs Recipe - NYT Cooking. Forced labour in restaurant kitchens is no joke. Sandor Dosman should have known. 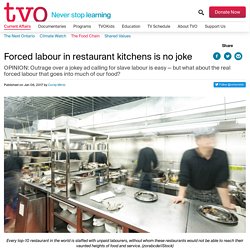 When Dosman, who ran Veritas Café for the Graduate Students Association at Wilfrid Laurier University, wrote an unbelievably stupid ad post seeking employees, he should have known the trouble headed his way — and it was trouble he deserved. Had a grown-up checked his ad copy, they might have warned him to correct his spelling, grammar, and punctuation mistakes: “Pay is crap … unless your really good then its just ok.”

An editor probably would have taken a red pen to his swarm of jokey commentary: Eating Invaders. Vice. Martha & Snoop's Potluck Dinner Party - Watch Full Episodes. Playing with Food and Race: Snoop and Martha’s Dinner Parties. On va déguster par François-Régis Gaudry - France Inter. Library Log in. Library Log in. Library Log in. Sociologie de l'alimentation: L'espace social alimentaire : un concep… Concordia University Library (Montreal, Canada) A Terrifying Superbug Just Showed Up on a US Farm for the First Time. More than 70 percent of the antibiotics consumed in the United States go to livestock farms, one of the main triggers driving a rising crisis of antibiotic resistance in human medicine.

On Tuesday, researchers from Ohio State University published an alarming finding in a peer-reviewed journal: On a US hog farm, they found bacteria that can withstand a crucial family of antibiotics. Carbapenems, as they are known, are a "last line of defense" against bacterial pathogens that can resist other antibiotics, the paper notes. Worse still, the gene that allowed the bacteria to resist carbapenems turned up in a plasmid—small chunks of DNA found in bacterial cells. Plasmid-carried genes bounce easily from one bacterial strain to another, meaning that carbapenem resistance is highly mobile—making it more likely to find its way into bacterial pathogens that infect people. Interestingly, the pigs don't get ceftiofur after those initial doses at birth, except to treat sickness. False, Misleading, Clickbait-y, and Satirical “News” Sources.

Fake News Or Real? How To Self-Check The News And Get The Facts : All Tech Considered. Guido Rosa/Getty Images/Ikon Images Fake news stories can have real-life consequences. On Sunday, police said a man with a rifle who claimed to be "self-investigating" a baseless online conspiracy theory entered a Washington, D.C., pizzeria and fired the weapon inside the restaurant.

So, yes, fake news is a big problem. These stories have gotten a lot of attention, with headlines claiming Pope Francis endorsed Donald Trump in November's election and sites like American News sharing misleading stories or taking quotes out of context. And when sites like DC Gazette share stories about people who allegedly investigated the Clinton family being found dead, the stories go viral and some people believe them. Stopping the proliferation of fake news isn't just the responsibility of the platforms used to spread it. The idea is that people should have a fundamental sense of media literacy. The Salt. DIMLY LIT MEALS FOR ONE. Welcome to Deconstructing Dinner.

Inside a fringe economy: the convoluted camel milk trade. All photos by Byron Kerman. Sam Hostetler didn’t start raising camels so he could milk them. That came later. At first, he just sold or leased them to Dolly Parton’s Dixie Stampede Dinner Attraction (“top-notch riders . . . music, dancing, special effects and family friendly comedy”) in Branson, Missouri. The Matter of Meat: A history of pros and cons - Home. To learn more click on a 'cut' 2 Guthman on teaching food 2007. Teaching Food and Culture. WorstMistake 000.