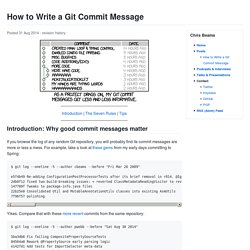 For example, take a look at these gems from my early days committing to Spring: $ git log --oneline -5 --author cbeams --before "Fri Mar 26 2009" e5f4b49 Re-adding ConfigurationPostProcessorTests after its brief removal in r814. @Ignore-ing the testCglibClassesAreLoadedJustInTimeForEnhancement() method as it turns out this was one of the culprits in the recent build breakage.

The former varies in length and form; the latter is concise and consistent. Style. Content. Patterns for writing better git commit messages. A good commit should complete the following sentence A properly formed Git commit subject line should always be able to complete the following sentence: If applied, this commit <will your subject line here> Commit Sample See an example of commit below: [type](optional scope): [subject] [optional body] [optional footer] Types Must be one of the following: 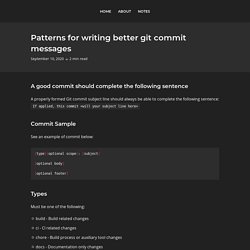 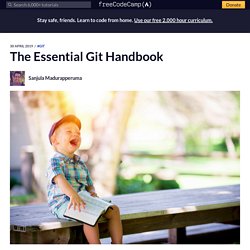 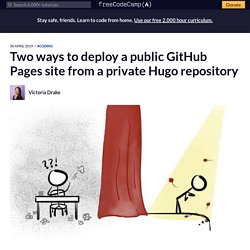 Tools like Travis CI and Netlify offer some pretty nifty features, like seamlessly deploying your GitHub Pages site when changes are pushed to its repository. Along with a static site generator like Hugo, keeping a blog up to date is pretty painless. I’ve used Hugo to build my site for years, but until this past week I’d never hooked up my Pages repository to any deployment service. Why? Because using a tool that built my site before deploying it seemed to require having the whole recipe in one place — and if you’re using GitHub Pages with the free version of GitHub, that place is public.

So I kept things separated, with Hugo’s messy behind-the-scenes stuff in a local Git repository, and the generated public/ folder pushing to my GitHub Pages remote repository. In Depth Explanation on Git & Github (DevOps Tools) from Andrei Neagoie. Git Explorer. Learn Git Branching. Git Tutorials and Training. GitHub - The Basics. With Git you can manage your code locally on your machine. 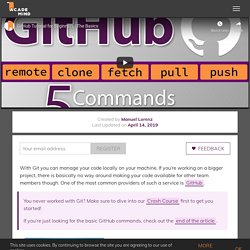 If you’re working on a bigger project, there is basically no way around making your code available for other team members though. One of the most common providers of such a service is GitHub. Git Tutorial for Beginners - Crash Course. Git is a version control system and allows you to manage your source code history efficiently. 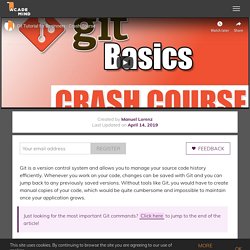 Whenever you work on your code, changes can be saved with Git and you can jump back to any previously saved versions. Without tools like Git, you would have to create manual copies of your code, which would be quite cumbersome and impossible to maintain once your application grows. Just looking for the most important Git commands? Click here to jump to the end of the article! Join this comprehensive 20h+ course to master CSS and learn how to create beautiful websites.

An Intro to Git and GitHub for Beginners (Tutorial) In August, we hosted a Women Who Code meetup at HubSpot and led a workshop for beginners on using git and GitHub. 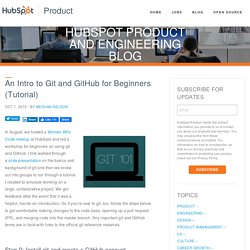 I first walked through a slide presentation on the basics and background of git and then we broke out into groups to run through a tutorial I created to simulate working on a large, collaborative project. We got feedback after the event that it was a helpful, hands-on introduction. So if you're new to git, too, follow the steps below to get comfortable making changes to the code base, opening up a pull request (PR), and merging code into the master branch. 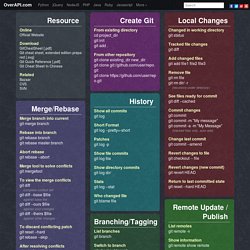 From other repository. DIY Guides - Open Sourcerer. Jlord/git-it-electron: Git-it is a (Mac, Win, Linux) Desktop App for Learning Git and GitHub. Getting Started with Git. Git is a difficult subject to tackle for self-taught web developers who didn't learn to code with a team. 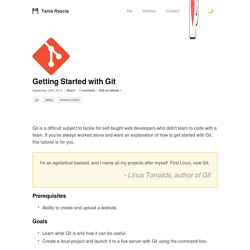 If you've always worked alone and want an explanation of how to get started with Git, this tutorial is for you. I'm an egotistical bastard, and I name all my projects after myself. First Linux, now Git. - Linus Torvalds, author of Git Prerequisites. Github Tutorial For Beginners - Github Basics for Mac or Windows & Source Control Basics. Préface. Git est un couteau suisse de la gestion de versions. 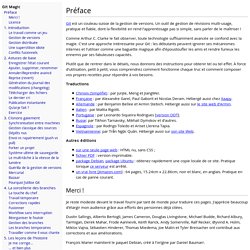 Cherry picking is the act of picking a commit from a branch and applying it to another. git cherry-pick can be useful for undoing changes. For example, say a commit is accidently made to the wrong branch. You can switch to the correct branch and cherry-pick the commit to where it should belong. Resources to learn Git. Resources to learn Git. Instruqt. Learn Git Branching. Learn Git Version Control using Interactive Browser-Based Labs. Git ready » learn git one commit at a time. Learn Git with Bitbucket Cloud. Objective Learn the basics of Git with this space themed tutorial.

Mission Brief Your mission is to learn the ropes of Git by completing the tutorial and tracking down all your team's space stations. Commands covered in this tutorial: Jlord/git-it-electron: Git-it is a (Mac, Win, Linux) Desktop App for Learning Git and GitHub. Git-flow cheatsheet. GitHub and Git Essentials. May 16, 2017 - Edit this Post on GitHub Over the past years, I have noticed that the GitHub commands I use break down to only a few essential ones that I use in recurring scenarios. These essential commands were quite sufficient for me to come along in web development. When you get started with Git, it can be quite overwhelming. First, the idea of a distributed version control system and the benefits are not clear for everyone. Second, there are tons of commands with additional options in order to master Git on the command line. However, you will never need all the combinations of commands and options in Git.

Get Started with Git. If you’re a designer or developer, you’ve probably heard about Git, and you might know that it has become immensely popular, especially among the open source community. Though it may seem cryptic at first, this version control system could change the way you work with text, whether you’re writing code, or a novel. Article Continues Below This article covers why version control is important, how to install the Git version control system, and how to get started with your first repository. Once you start using Git, you’ll want to throw everything into it, from full-blown apps to blog post drafts, because it’s so easy and versatile.

The Designers Guide to Git - Marvel Blog. Or anyone who really wants to use it but has no idea how. Robusta Code : Formations Java & Créations HTML5. Ce guide est adapté aux débutants sur Git. Si vous êtes déjà familier avec Git, vous serez plus intéressé par la section When things go wrong. Git Community Book. Home // Think Like (a) Git. How to use Git and GitHub. Introduction If you’re having trouble understanding how to get up and running with GitHub, or you just wanted to find a free version-control system and heard about this thing called ‘Git’ then hopefully the following information should help… Git Merge Strategies. GitHub Pull Request Formatting. Getting a Git Repository. Explain Git with D3. Git - petit guide - no deep shit! Git - Beginner to Advanced Commands and Git Workflows. Git Tutorial. Git & GitHub for Beginners. Learn Git in 30 Minutes. Ry’s Git Tutorial - RyPress.