Civil Unrest, Calls To Abolish ICE, Intimidation Of Those Who Work & Support Trump All traced To Obama Effort To Overthrow Government Via OFA. Barack Obama: Life Before the Presidency. Barack Hussein Obama II was born on August 4, 1961, in Hawaii. His parents, who met as students at the University of Hawaii, were Ann Dunham, a white American from Kansas, and Barack Obama Sr., a black Kenyan studying in the United States. Obama's father left the family when Obama was two and, after further studies at Harvard University, returned to Kenya, where he died in an automobile accident nineteen years later. After his parents divorced, Obama's mother married another foreign student at the University of Hawaii, Lolo Soetoro of Indonesia.

From age six through ten, Obama lived with his mother and stepfather in Indonesia, where he attended Catholic and Muslim schools. “I was raised as an Indonesian child and a Hawaiian child and as a black child and as a white child,” Obama later recalled. America’s next Civil War, like WWIII, is already beginning. The seeds of war are often obscure when they occur, but are easily recognized when studied in history. 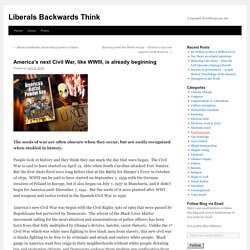 People look at history and they think they can mark the day that wars began. The Civil War is said to have started on April 12, 1861 when South Carolina attacked Fort Sumter. But the first shots fired were long before that at the Battle for Harper’s Ferry in October of 1859. WWII can be said to have started on September 1, 1939 with the German invasion of Poland in Europe, but it also began on July 7, 1937 in Manchuria, and it didn’t begin for America until December 7, 1941. But the seeds of it were planted after WWI and weapons and tactics tested in the Spanish Civil War in 1936. America’s new Civil War was begun with the Civil Rights Acts of 1965 that were passed by Republicans but perverted by Democrats. Liberals quake at the thought of their dystopian world caused by the global warming fraud. Flashback: Hillary says “police violence” as big a threat as the Islamic State.

At a Democratic forum hosted by Fusion, Democratic presidential candidate Hillary Clinton resonds to a question about minorities concerned about police violence. 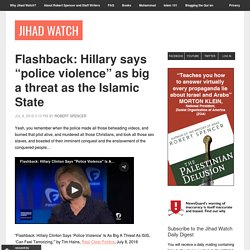 QUESTION: The danger of ISIS is clearly a major threat to American safety, but personally, I know many minorities who are much more concerned with racist attacks at the local level than radical Islamists, so just — question to put it plainly since often, issues of race are tiptoed, do you believe that white terrorism and extremism is as much a threat to some in this country as something like ISIS? Heather Mac Donald Talks About Her Essential Book: The War on Cops.

RUSH: The war on cops has now come to Dallas, Texas. 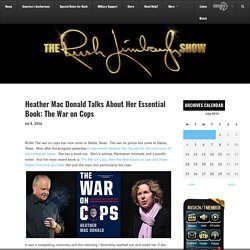 The war on police has come to Dallas, Texas. Now, after the program yesterday I interviewed Heather Mac Donald for the next issue of the Limbaugh Letter. She has a book out. She’s a scholar, Manhattan Institute, and a prolific writer. And her most recent book is: The War on Cops: How the New Attack on Law and Order Makes Everyone Less Safe. It was a compelling interview, and this morning I feverishly reached out and asked her if she had some time because she said some incredible things.

MAC DONALD: Oh Rush, it’s an honor talking to you twice in 24 hours. RUSH: It’s a rare opportunity. MAC DONALD: They’d kill to be in my position. RUSH: It’s great that you had time to do this, because this book, I would now call this book essential. Then there was a study by the New York Police Department. And now police officers are backing off. Burning down the White House – Obama’s race war against white America. “The problem with America is white people.” 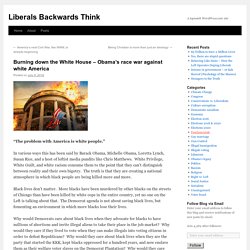 In various ways this has been said by Barack Obama, Michelle Obama, Loretta Lynch, Susan Rice, and a host of leftist media pundits like Chris Matthews. White Privilege, White Guilt, and white racism consume them to the point that they can’t distinguish between reality and their own bigotry. The truth is that they are creating a national atmosphere in which black people are being killed more and more. Barack Obama legacy: Did he improve US race relations? Image copyright Getty Images Barack Obama sealed his racial legacy the moment he sealed victory in the 2008 election - a black man would occupy a White House built by slaves, a history-defying as well as history-making achievement. 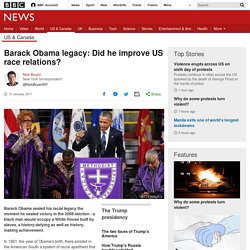 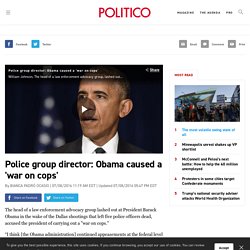 Video Player is loading. Obama's 50 Lies / Obama Not Exactly. Sabotaging Trump: Who's Behind the Unprecedented Media Leaks. Under President Trump's administration, media leaks are coming out at a rate of one a day. 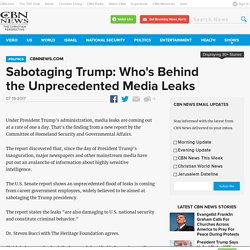 That's the finding from a new report by the Committee of Homeland Security and Governmental Affairs. The report discovered that, since the day of President Trump's inauguration, major newspapers and other mainstream media have put out an avalanche of information about highly sensitive intelligence. The U.S. Senate report shows an unprecedented flood of leaks is coming from career government employees, widely believed to be aimed at sabotaging the Trump presidency. The report states the leaks "are also damaging to U.S. national security and constitute criminal behavior.