Murch - Film-maker - 'He'd kill us if he had the chance' - Web of Stories. When I was mixing the film, Francis [Ford Coppola] was off in Godfather II, shooting in New York. 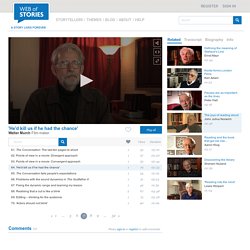 And I was mixing the film, but in the back of my mind, thinking always, 'Oh, how can we help this process? ' Harry in the shadow. "He'll have you in a dither with his zither! 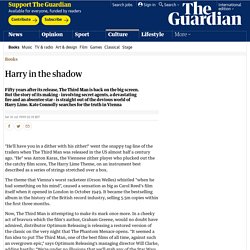 " What happens to your life after you accidentally kill someone? “There’s never a time, even when I’m laughing at a party, when I’m not thinking about it,” Pam Uhr says. 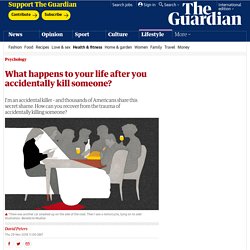 It was a hot summer day a few weeks before the end of her junior year of high school. Uhr and her friends had spent the afternoon at a swimming hole near their central Texas town. She was driving home on a country road, two friends as passengers, when her front tire slid. She overcorrected. The car spun. She woke in a hospital. Years later, after Uhr married and had three boys of her own, she found herself consumed by the thought that her three young sons would die as some kind of cosmic payback.

I nod my head as I listen to her story. Can people move on after an accidental killing? I was 19, just a few weeks out of Marine Corps boot camp, and had just begun my freshman year at a Bible college in West Virginia. Invasion of Iceland. The invasion of Iceland took place on 10 May 1940 during World War II. 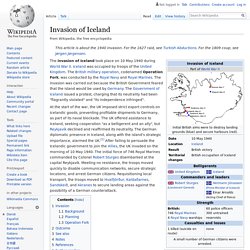 Man convicted of theft in 1976 cleared after Googling his arresting officer. A man found guilty of stealing mailbags more than 40 years ago has had his conviction quashed in what the lord chief justice described as an exceptional case. 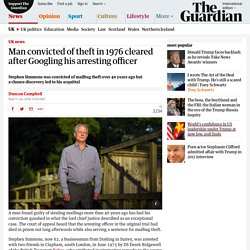 The court of appeal heard that the arresting officer in the original trial had died in prison not long afterwards while also serving a sentence for mailbag theft. Stephen Simmons, now 62, a businessman from Dorking in Surrey, was arrested with two friends in Clapham, south London, in June 1975 by DS Derek Ridgewell of the British Transport Police, who attributed incriminating remarks to the young men. They were allowed to see a duty solicitor who told them that if they called the police liars, the judge would jail them for a long time. Despite the solicitor’s warnings, they pleaded not guilty but were all convicted. Simmons was sent to a borstal in Suffolk and served eight months. Steven Powles, for Simmons, told the court: “Mr Simmons has been waiting for 43 years for this day.” “I was gobsmacked,” Simmons told the Guardian.

Mail Men by Adrian Addison review – inside the Daily Mail’s sanctimony and vitriol. This summer Paul Dacre will have edited the Daily Mail for 25 years. 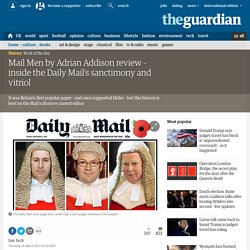 French right-wing in shock at secret Sarkozy tapes. 7 March 2014Last updated at 20:20 ET By Hugh Schofield BBC News, Paris Carla Bruni and Nicolas Sarkozy are heard joking about her drop in earnings since their marriage France's right-wing opposition is reeling after the publication of secret tapes made at the Elysee palace during the presidency of Nicolas Sarkozy. 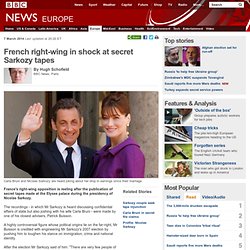 The recordings - in which Mr Sarkozy is heard discussing confidential affairs of state but also joshing with his wife Carla Bruni - were made by one of his closest advisers, Patrick Buisson. A highly controversial figure whose political origins lie on the far-right, Mr Buisson is credited with engineering Mr Sarkozy's 2007 election by pushing him to toughen his stance on immigration, crime and national identity. After the election Mr Sarkozy said of him: "There are very few people of whom I can say, 'It's because of him that I am here'. But Patrick Buisson, now 64, accumulated enemies. Many in Mr Sarkozy's UMP party resented his influence. Continue reading the main story. Voyage of the St. Louis. On May 13, 1939, the German transatlantic liner St. 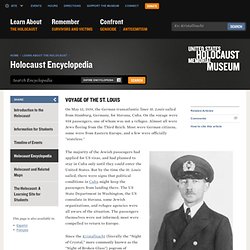 Louis sailed from Hamburg, Germany, for Havana, Cuba. On the voyage were 938 passengers, one of whom was not a refugee. Almost all were Jews fleeing from the Third Reich. Warsaw sends police officers to Harlow after killing of Polish man. Two Polish police officers have been sent to patrol the streets of Harlow in Essex following the killing of a Polish man in the town and a spike in hate crime directed at Poles in the wake of the vote to leave the European Union. 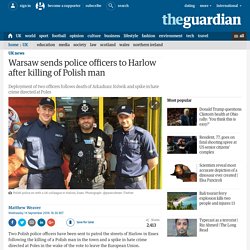 Hitmen for hire: academics unlock the secret behaviour of Britain's contract killers. They are classified as novices, journeymen, dilettantes or masters. 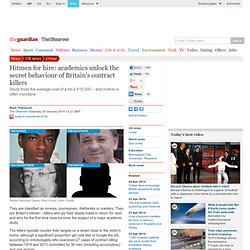 They are Britain's hitmen – killers who ply their deadly trade in return for cash, and who for the first time have become the subject of a major academic study. The killers typically murder their targets on a street close to the victim's home, although a significant proportion get cold feet or bungle the job, according to criminologists who examined 27 cases of contract killing between 1974 and 2013 committed by 36 men (including accomplices) and one woman. Operation Julie. Operation Julie was a UK police investigation into the production of LSD by two drug rings during the mid-1970s. The operation, involving 11 police forces over a 2 1⁄2-year period, resulted in the break-up of one of the largest LSD manufacturing operations in the world.

It culminated in 1977 with enough LSD to make 6.5 million ‘tabs’ (with a street value of £6.5M) being seized, 120 people arrested in the UK and France and over £800,000 discovered in Swiss bank accounts.[1][2] Background[edit] The two LSD rings broken up by Operation Julie had begun life as one organisation. Its founders were David Solomon, an author, and Richard Kemp, a chemist, who first successfully synthesized LSD in 1969.[3][4] On the same side: gay people during the Second World War.

The decorated Second World War fighter pilot Ian Gleed, who invented a girlfriend named ‘Pam’ for his memoirs. (IWM) In 1942 the heroic Battle of Britain pilot Flight Lieutenant Ian Gleed published a memoir called Arise to Conquer. The £8.8m typo: how one mistake killed a family business. The Bill Clinton we knew at Oxford: Apart from smoking dope (and not inhaling), what else did he learn over here? College friends share their memories with Matthew Hoffman. Secret Service veterans denounce anti-Clinton tell-all book.

The author of a new tell-all book about Hillary Clinton could never have seen any of what he claims — he was too low-ranking — say several high-level members of Secret Service presidential details, including the president of the Association of Former Agents of the United States Secret Service. On Tuesday, AFAUSSS, which is strictly nonpartisan, is set to release a statement blasting Gary Byrne author of “Crisis in Character,” saying members “strongly denounce” the book, which they add has made security harder by eroding the trust between agents and the people they protect. Story Continued Below “There is no place for any self-moralizing narratives, particularly those with an underlying motive,” reads the statement from the group’s board of directors, which says Byrne has politics and profit on his mind.

AFAUSSS rarely issues public statements of any kind. Clayton-le-Moors War Memorial - John Cassidy, Sculptor. This site celebrates the life and work of sculptor John Cassidy (1860 - 1939). This old picture shows the original bronze plaques. The young soldier. Cassidy's details show typical British equipment: the rifle is clearly a short-magazine Lee Enfield. A moment that changed me: opening a letter I wrote myself in 1994. I was 33, overdrawn and single. He convinced former CIA operatives he was one of them. Was he an impostor? Mark W. Levin manning a display table for Daniel Morgan Academy, now the Daniel Morgan Graduate School of National Security, in 2015.