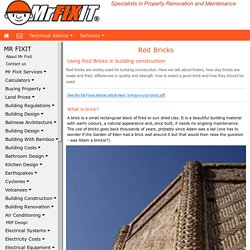 Here we talk about history, how clay bricks are made and fired, differences in quality and strength, how to select a good brick and how they should be used. See the full Fixed Abode article here “a-frog-in-your-brick.pdf” What is brick? A brick is a small rectangular block of fired or sun dried clay. It is a beautiful building material with warm colours, a natural appearance and, once built, it needs no ongoing maintenance. Another Monolith Discovered, It's Ancient! Chief Vann House – Historical Belle. During the 1790s, James Vann became a Cherokee Indian leader and wealthy businessman. 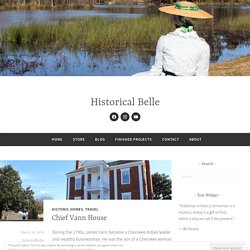 He was the son of a Cherokee woman and Scots-Irish man, and because of his mixed ancestry was able to do business with the Europeans and Indigenous People of the area. James Vann established the largest and most prosperous plantation in the Cherokee Nation, working his 1,000 acres with African slave labor. The house, which was built on Cherokee Land is now apart of Murray County, Georiga. In 1804 Vann completed construction of a beautiful 2 ½ story brick home. After Vann was murdered in 1809, his son Joseph inherited the mansion and plantation.

The house has many beautiful architectural features including this 12 foot mantle. Our guide, who was fantastic, told us that these are the original colors of the house, which I think is so cool! Ancient Impossible Engineering So Advanced it's Beyond Our Imagination. (2) Old World Fountains of Fire. What You Need To Know About ARCHEOLOGY And FORBIDDEN DISCOVERIES. Disposable Civilizations. Largest Early World Map - Monte's 10 ft. Planisphere of 1587. An extraordinary 60 sheet manuscript world map made in 1587 by Urbano Monte has been added to the David Rumsey Map Collection at Stanford University. At 10 foot square, this map or planisphere is the largest known early map of the world. It was hand drawn by Monte in Milan, Italy, and only one other manuscript copy exists. Little People in a GIANTS WORLD. Tartarian Copper Mines of California. Untitled. Untitled. Tartarian Extinction Event ~ Billions of Lives Destroyed by DEW??? 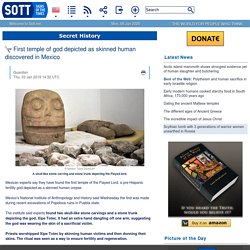 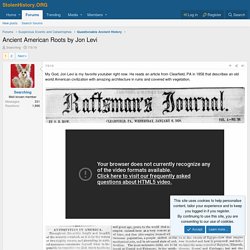 I believe we've made this connection before—the Scythians (Tartarians) being warlike nomads who specialized in horse archery and were the first-known wearers of pants. But these were not primitive nomads, as their goldwork alone reveals a level of artistry approaching perfection.What I find most interesting is this passage from the article from above:The unnamed correspondent from the previous month's issue has a theory in which he is so confident as to claim it a certainty, that the Native Americans are the degenerated stock of Tartarians who were forced to flee their cities by invaders.

3,000 photos of the lost world. Mount Rainier's Osceola Mudflow. Once Upon A Reset (San Francisco) New Ellora Caves Documentary 2019 The Mind-Boggling Rock Cut Temples of India. Inheritors of a Nation. Peculiars you've never seen. The Nephilim In The Ohio Valley! - Anunnaki/Human "Hybrids" in Ancient North American Indian Tribes! Pre-1600’s Built for Giants. Highlights of the NewEarth Findings - the True Ancient History of the Human Races. Hawksmoor Churches. Whether you like them or not (and I'm not a great fan) Hawksmoor's churches certainly make an impact on London, if only by their sheer size. 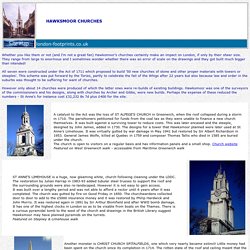 They range from large to enormous and I sometimes wonder whether there was an error of scale on the drawings and they got built much bigger than intended! Tartarian Empire - Covered Up By People & Mud #Mudflood. Mud Flood Hills Must Go. Flood Remains Used All Along. American History (Untold) Version. New York Mud Flood. Malta Caves and Tunnels Documentary: Giants, Secret History and Strange Locations. No One Knows How To Explain This... Mystery History #4 giants tartaria flood mudflood hidden history. Revealed Photos Show Something Huge May be Hidden in Ancient Egypt – Lost Civilizations & Egyptians. Frank Joseph, Lemuria, Atlantis & Humans 20 Million Year Timeline. Secret American Archaeology 2017. Is Planet Earth Just One Giant Ancient Quarry...??? Mayan Ruins in Georgia ? 2016. New Ancient Discoveries Documentary 2018 Greatest Archaeological Mysteries of the Past. New Sumerian Artifacts 2018 Documentary The Forgotten History of Sumer.

Top 10 Nazca Line Figures. What you need to know about the ATACAMA HUMANOID and the land in which it was found. Ancient Human Origins, Why History is Wrong. Man finds Nephilim giants in Utah. ANTARCTICA CASTLE DISCOVERY REWRITES HISTORY!!! BREAKING NEWS. Derinkuyu & The Underground Cities of Cappadocia. In 1963, a man in the Nevşehir Province of Turkey knocked down a wall of his home. 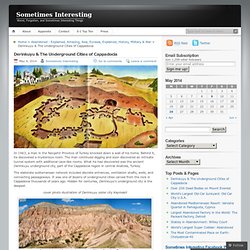 Behind it, he discovered a mysterious room. The man continued digging and soon discovered an intricate tunnel system with additional cave-like rooms. What he had discovered was the ancient Derinkuyu underground city, part of the Cappadocia region in central Anatolia, Turkey. The elaborate subterranean network included discrete entrances, ventilation shafts, wells, and connecting passageways. Ancient City of Sigiriya. Arkaim Russia’s Stonehenge and a Puzzle of the Ancient World. Ancient Megaliths and Historic sites. The Highlanders. The terracotta army is maybe the most extraordinary discovery of the 20th century. 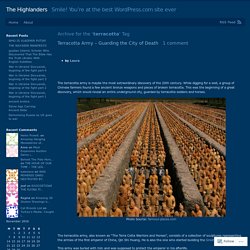 While digging for a well, a group of Chinese farmers found a few ancient bronze weapons and pieces of broken terracotta. This was the beginning of a great discovery, which would reveal an entire underground city, guarded by terracotta soldiers and horses. Photo Source: famous-places.com. Secret Ancient History of Pyramids, Stone Spheres and Megaliths [FULL VIDEO] 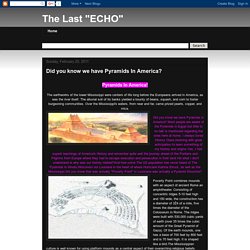 The earthworks of the lower Mississippi were centers of life long before the Europeans arrived in America, as was the river itself. The alluvial soil of its banks yielded a bounty of beans, squash, and corn to foster burgeoning communities. Over the Mississippi's waters, from near and far, came prized pearls, copper, and mica. Did you know we have Pyramids in America? Most people are aware of the Pyramids in Egypt but little to no talk is mentioned regarding the ones here at home.

By Robert Stanley from UnicusMagazine Website In September of 1985, after traveling to 57 countries, I was absolutely amazed to discover the ruins of a lost civilization in my own backyard. 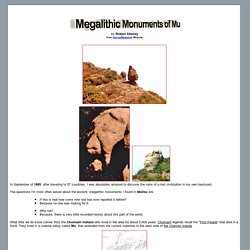 The questions I'm most often asked about the ancient, megalithic monuments I found in Malibu are: If this is real how come now one has ever reported it before? GRAHAM HANCOCK ANCIENT & FUTURE CATACLYSM - THE GREAT RETURN OF THE COMET! DARK JOURNALIST. Elusive Giant Megaliths from Sigiriya to France and "Elf" Castles in Bulgaria (with vehicle tracks) The 6,000 Year Old Crown Found in a Dead Sea Cave. Rockwall TX & Lost Secrets of Ancient America Josh Reeves In Houston FULL Presentation.

Roman Sword discovered off Oak Island radically suggests Ancient Mariners visited New World 1,000 years before Columbus. Researchers investigating the mysterious Oak Island, located on the south shore of Nova Scotia, Canada, have made a startling announcement regarding the discovery of a Roman ceremonial sword and what is believed to be a Roman shipwreck, radically suggesting that ancient mariners visited North America more than a thousand years before Columbus. 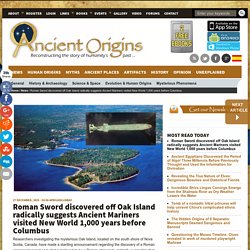 Evidence of the finding, which was exclusively revealed to Johnston Press and published in The Boston Standard, was uncovered by researchers involved in The History Channel’s series Curse of Oak Island, which details the efforts of two brothers from Michigan as they attempt to solve the mystery of the Oak Island treasure and discover historical artifacts believed to be concealed on the island. J. Hutton Pulitzer, lead researcher and historic investigator, along with academics from the Ancient Artifact Preservation Society, have compiled a paper on the finding, which is scheduled to be published in full in early 2016.

Mysterious Stone Chambers & Giants Discovered in New England- Jim Vieira. The Forbidden History of Ancient China: Aryan Mummies and Hundreds of Pyramids. [Hitler regarded individuals who were 6ft. 6in. and taller as being closest genetic relatives of the original proto-Aryan tribes from central Asia from which the Caucasian people and civilizations are said to have descended. Recent discoveries of hundreds of ancient mummies in Asia are forcing a re-examination of old Chinese books that describe as being of great height, with deep-set blue eyes, long noses, full beards, and red or blonde hair. The discoveries of the giant 4,000-year-old “Beauty of Loulan” and (six-foot, six-inch) “Charchan Man” support the legends about these mythical ancient Aryans.]

After years of controversy and political intrigue, archaeologists using genetic testing have proven that Caucasians roamed China’s Tarim Basin thousands of years before East Asian people arrived. The Great Smithsonian Cover-Up: 18 Giant Skeletons Discovered in Wisconsin. Scientists are remaining stubbornly silent about a lost race of giants found in burial mounds near Lake Delavan, Wisconsin, in May 1912. The dig site at Lake Delavan was overseen by Beloit College and it included more than 200 effigy mounds that proved to be classic examples of 8th century Woodland Culture. But the enormous size of the skeletons and elongated skulls found in May 1912 did not fit very neatly into anyone’s concept of a textbook standard. They were enormous. These were not average human beings. Bigger than Baalbek...The amazing megaliths of the Ural Mountains, Megalithic Archeological sites.