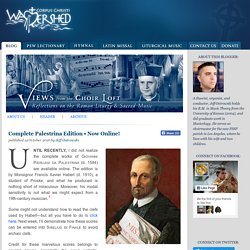 The edition is by Monsignor Francis Xavier Haberl (d. 1910), a student of Proske, and what he produced is nothing short of miraculous. Moreover, his modal sensitivity is not what we might expect from a 19th-century musician. 1 Some might not understand how to read the clefs used by Haberl—but all you have to do is click here. Next week, I’ll demonstrate how these scores can be entered into SIBELIUS or FINALE to avoid archaic clefs. Credit for these marvelous scores belongs to several groups, especially the IMSLP website. But Palestrina wrote more than just Mass settings! Click here to download every piece Palestrina ever composed. 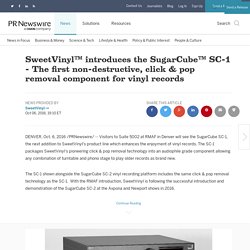 SweetVinyl's sophisticated algorithm is able to detect, isolate and remove only unwanted noise separate from the music. Previous demonstrations of the SugarCube's live removal of clicks & pops has garnered rave reviews from press and attendees at other events. The 10 Best Movies Influenced by Kierkegaardian Philosophy. Soren Kierkegaard was an interesting man. 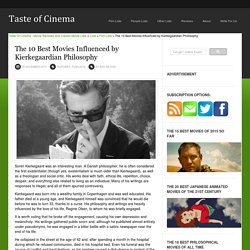 A Danish philosopher, he is often considered the first existentialist (though yes, existentialism is much older than Kierkegaard), as well as a theologian and social critic. His works deal with faith, ethical life, repetition, choice, despair, and everything else related to living as an individual. HTML5 Drum Machine. Top 10 Places to Download or Stream Movies For Free, Legally. These are the sounds left behind when you compress a song to MP3. If you're listening to music right now, you can probably hear the vocalist's slight pitch-shifts, or hiss of a drummer's hi-hats, or the padded thump of a synth bed. 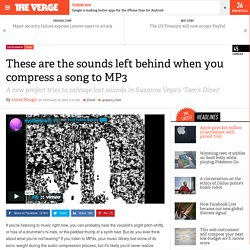 But do you ever think about what you're not hearing? If you listen to MP3s, your music library lost some of its sonic weight during the audio compression process, but it's likely you'd never realize anything was missing. Funky Soul Playlist. Upload. 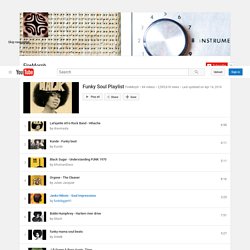 Download 30 Gigabytes-Worth Of Rare Cassettes From The '80s. There is no better way to start the week than digging into vast quantities of rare underground releases. 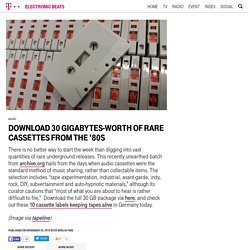 This recently unearthed batch from archive.org hails from the days when audio cassettes were the standard method of music sharing, rather than collectable items. The selection includes “tape experimentation, industrial, avant-garde, indy, rock, DIY, subvertainment and auto-hypnotic materials,” although its curator cautions that “most of what you are about to hear is rather difficult to file.”

Download the full 30 GB package via here, and check out these 10 cassette labels keeping tapes alive in Germany today. (Image via tapeline) Delve Video Essays. 8 TV Commercials that were   Better than any TV Show in 2015 - Seton Magazine. We Western viewers tend to skip past commercials. 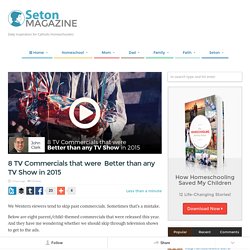 Sometimes that’s a mistake. Below are eight parent/child-themed commercials that were released this year. And they have me wondering whether we should skip through television shows to get to the ads. Enjoy. Did you see my 2014 10 Videos To Warm Your Heart this Christmas? Bach & Roll: 10 Modern Songs Written By Classical Composers. By Meghan O'Keefe 7/31/2013 If you’re one of those people who swears that they hate classical music, you may want to sit down because you’ve probably been listening to classical music this whole time without knowing it. 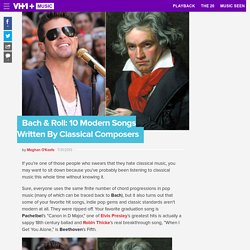 With vinyl sales on the rise, this startup lets anyone press their own LP. We often talk about the lost magic of owning a physical thing, whether that’s books, CDs, or the wondrous black slab of plastic that is the vinyl record. 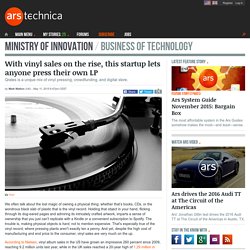 Holding that object in your hand, flicking through its dog-eared pages and admiring its intricately crafted artwork, imparts a sense of ownership that you just can't replicate with a Kindle or a convenient subscription to Spotify. The trouble is, making physical objects is hard, not to mention expensive. That's especially true of the vinyl record, where pressing plants aren't exactly ten a penny. And yet, despite the high cost of manufacturing and end price to the consumer, vinyl sales are very much on the up. According to Nielsen, vinyl album sales in the US have grown an impressive 260 percent since 2009, reaching 9.2 million units last year, while in the UK sales reached a 20-year high of 1.29 million in 2014. Animated Epics: The Canterbury Tales. This 1998 production from the BBC and HBO is an animated version of Geoffrey Chaucer’s The Canterbury Tales. 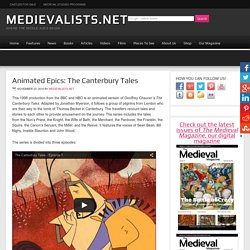 Adapted by Jonathan Myerson, it follows a group of pilgrims from London who are their way to the tomb of Thomas Becket in Canterbury. The travellers recount tales and stories to each other to provide amusement on the journey. The series includes the tales from the Nun’s Priest, the Knight, the Wife of Bath, the Merchant, the Pardoner, the Franklin, the Squire, the Canon’s Servant, the Miller, and the Reeve.

It features the voices of Sean Bean, Bill Nighy, Imelda Staunton and John Wood. Patatap. Typedrummer. File:One Hundred Children in the Long Spring.jpg - Wikimedia Commons. Cancel Edit Delete Preview revert Text of the note (may include Wiki markup) Could not save your note (edit conflict or other problem). Please copy the text in the edit box below and insert it manually by editing this page. Upon submitting the note will be published multi-licensed under the terms of the CC-BY-SA-3.0 license and of the GFDL, versions 1.2, 1.3, or any later version.

See our terms of use for more details. Add a note Draw a rectangle onto the image above (press the left mouse button, then drag and release). Save To modify annotations, your browser needs to have the XMLHttpRequest object. [[MediaWiki talk:Gadget-ImageAnnotator.js|Adding image note]]$1 [[MediaWiki talk:Gadget-ImageAnnotator.js|Changing image note]]$1 [[MediaWiki talk:Gadget-ImageAnnotator.js|Removing image note]]$1. File:Tepantitla mural, Ballplayer B Cropped.jpg - Wikimedia Commons. Cancel Edit Delete Preview revert Text of the note (may include Wiki markup) Could not save your note (edit conflict or other problem). Please copy the text in the edit box below and insert it manually by editing this page. Cappella Pratensis - Josquin in Rome. SURESHOT ICHIGEKI. They Sent A Drone To Film Jerusalem. What it Captured Will Take Your Breath Away.

Renegades of Rhythm (video) Ofra Haza - Im Nin'alu (Original Version - 1984) (video) 79 Instrumental songs everyone knows, but no one knows the name of (TV Show & Advertising Music) (video) Miserere a 9 (ed. Hugh Keyte) (video) Ferdinand Zecca & Lucien Nonguet - The Life and Passion of Christ (1903) (video) Woodsnap.com. Listen Here: Ancient Song Recreated From 3,400-Year-Old Cuneiform Tablets. Scholars from the University of California at Berkeley have brought to life the ancient sounds of Mesopotamia following the decryption and study of a set of ancient cuneiform texts that date back 3,400 years, according to a report on WFMU.