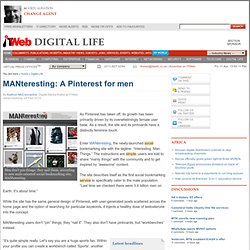 As Pinterest has taken off, its growth has been primarily driven by its overwhelmingly female user base. Grammy Music Inculsive Action. » The Ape Man Chronicles Part 1: Unveiling the Heart of Darkness » Fierce Wisdom. A long time ago, Apeman was happy to swing in the trees with Apelady, eat bananas, and have a rompus time all ‘round til the end of his days. 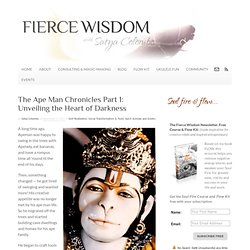 Then, something changed — he got tired of swinging and wanted more! His creative appetite was no longer met by his ape man life. So he migrated off the trees and started building cave dwellings and homes for his ape family. He began to craft tools and implements for hunting, while the ape ladies gathered together and did ape-lady things. Soon they had fires for cooking, rudimentary clothing, painting, crafting and group activities, and the ape peoples’ lives were happy and bountiful. But Apeman still was not satisfied — he wanted more… Students protest yoga pants ban. Several students at a Houston high school said they were punished for wearing yoga pants to school. 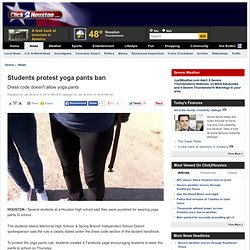 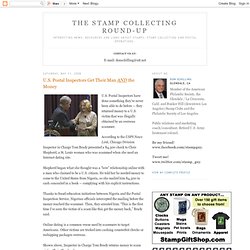 " The auction took place last weekend, May 17-18, in Oceanside, New York. According to the write-up,"The key to the weekend’s success was Part 2 of The Newport Stamp Collection, which featured some of the most rare and coveted philatelic U.S. examples in existence. " It goes on to say, "Part 1 of The Newport Collection made headlines when, on February 9, an unused 1869 24-cent inverted stamp, #120, one of only four known, soared to $1.271 million. It was a new record for a U.S. invert and the highest price ever paid for a single U.S. stamp. Part 2 did not record any million-dollar stamps, but many strong sellers did cross the block. Adorable Tool Tank Totally Out-Cutes Your Swiss Army Knife. See how 4 compact vacation homes take on new forms for the modern age. Nature inspires hillside studios for artistic homeowners in Northern California.

Here's What People Look at on Facebook Brand Pages. Saudi Arabian Woman Beheaded For "Sorcery" In a horrific practice of “justice,” Amina bint Abdul Halim bin Salem Nasser, a Saudi Arabian national, was executed on Monday, after being convicted of practicing sorcery, which is banned in the ultra-conservative kingdom, the interior ministry said. 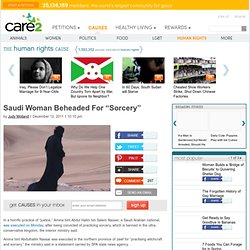 Islamists Call for Lesbian's Death (Video) An Islamist group called for a Muslim lesbian author to be killed and invaded a discussion on Islam in Amsterdam last week. 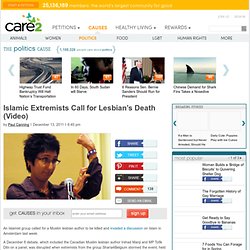 A December 8 debate, which included the Canadian Muslim lesbian author Irshad Manji and MP Tofik Dibi on a panel, was disrupted when extremists from the group Sharia4Belgium stormed the event, held at the De Balie theater in Amsterdam. The mob threw eggs and called for Manji’s neck to be broken. The group of about 20 men and boys arrived halfway through the evening, chanted slogans and pelted the audience with eggs.

A police mobile unit had to be called to eject the rioters, and two Belgian men aged 19 and 22 were arrested. The Republican War On Women: It's Not Just About Abortion [VIDEO] Gutting social safety net programs, removing child care subsidies, cutting off access to family planning, destroying the unions that fight for jobs that are predominately held by women. 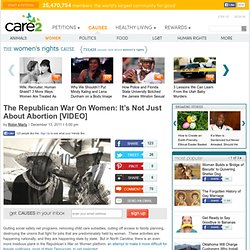 These activities are happening nationally, and they are happening state by state. But in North Carolina, there is an even more insidious plank in the Republican’s War on Women platform: an attempt to make it more difficult for female politicians, most of them Democrats, to get reelected. “…Republicans drew nearly a dozen Democratic women out of their legislative districts in an effort to eliminate our voice in the General Assembly. In their efforts to make sure that the most capable voices fighting for women in the General Assembly are silenced, they have waged an all out war on our Democratic women in elected office.” But these women aren’t taking this lying down. Rana Florida: Creative Spaces: New Lives for Abandoned Buildings. Built in the 14th century as a monastery for the Crutched Friars, the complex, which includes a Gothic church, enjoyed a brief second life as a government office building before it was abandoned in 1979. 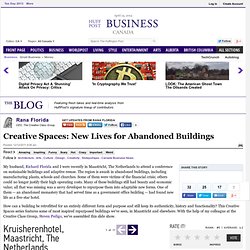 Late in 2000, it was thoroughly renovated and repurposed as a luxurious, five-star hotel. The old monastery houses most of the guestrooms, while the Renaissance-style concierge building and a newly-built annex accommodate the remaining spaces. Raf Simons To Dior: Report.