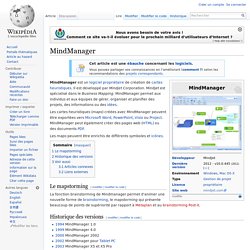 Hipster PDA. Although it began as a joke, or perhaps a statement about technology fetishism, the Hipster PDA has rapidly gained popularity with serious users,[4] with hundreds posting pictures of their customized hPDAs on photo sharing sites and exchanging tips on Internet mailing lists. 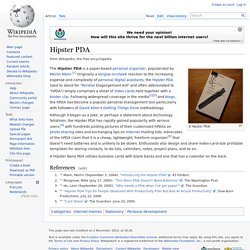 Advocates of the hPDA claim that it is a cheap, lightweight, freeform organizer[5] that doesn't need batteries and is unlikely to be stolen. Enthusiasts also design and share index-card-size printable templates for storing contacts, to-do lists, calendars, notes, project plans, and so on. A Hipster Nano PDA utilizes business cards with blank backs and one that has a calendar on the back. Getting Things Done. The GTD method rests on the idea of moving planned tasks and projects out of the mind by recording them externally and then breaking them into actionable work items. 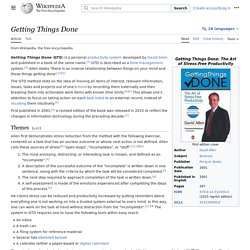 This allows one to focus attention on taking action on tasks, instead of on recalling them. First published in 2001, a revised edition of the book was released in 2015 to reflect the changes in information technology during the preceding decade and incorporate recent scientific research supporting the system's claims regarding how the mind functions.[2] Themes[edit] Allen first demonstrates stress reduction from the method with the following exercise, centered on something that has entered your life that has an unclear outcome or where the next action is not defined.

(Allen calls these sources of stress "open loops," "incompletes," or "stuff. ")[1]:13 Pick an "incomplete": What most annoys, distracts, or interests you? Workflow[edit] Next, reflection (termed planning in the first edition) occurs. Pomodoro Technique. A "pomodoro" kitchen timer, after which the method is named The Pomodoro Technique is a time management method developed by Francesco Cirillo in the late 1980s.[1] The technique uses a timer to break down work into intervals traditionally 25 minutes in length, separated by short breaks. 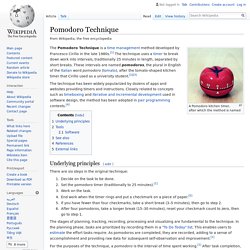 These intervals are known as "pomodori", the plural of the Italian word pomodoro for "tomato".[2] The method is based on the idea that frequent breaks can improve mental agility.[3][4] Closely related to concepts such as timeboxing and iterative and incremental development used in software design, the method has been adopted in pair programming contexts.[5] Etymology[edit] The "Pomodoro Technique" is named after the tomato-shaped kitchen timer that was first used by Cirillo when he was a university student.[6] Category:Time management. Remember the Milk. Remember the Milk (RTM) is an application service provider for Web-based task- and time-management. 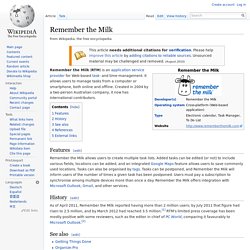 It allows users to manage tasks from a computer or smartphone, both online and offline. Created in 2004 by a two-person Australian company, it now has international contributors. Mindjet (software) This article is about the software. 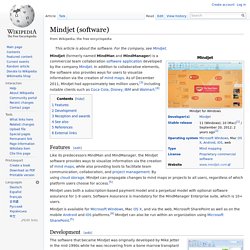 For the company, see Mindjet. Like its predecessors MindMan and MindManager, the Mindjet software provides ways to visualize information via the creation of mind maps, while also providing tools to facilitate team communication, collaboration, and project management. By using cloud storage, Mindjet can propagate changes to mind maps or projects to all users, regardless of which platform users choose for access.[5] Mindjet uses both a subscription-based payment model and a perpetual model with optional software assurance for 1-9 users. Software Assurance is mandatory for the MindManager Enterprise suite, which is 10+ users. A screenshot of Mindmanager 8 The software that became Mindjet was originally developed by Mike Jetter in the mid-1990s while he was recovering from a bone marrow transplant to treat leukemia. While still branded as MindManager, Mindjet received generally positive notice from reviewers. Official website.