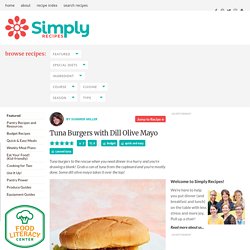 Cover and place in refrigerator until the tuna burgers are ready to be served. 2 Make the tuna mix: In a small bowl, use a fork to combine the egg and mayonnaise. Add the tuna and stir to combine. In a separate, medium bowl combine panko, garlic, corn, carrot, red pepper, yellow onion, and Creole seasoning. Add the mayonnaise and tuna mixture to the panko mixture. 3 Shape the patties: Use a 1/3 cup measuring cup to measure out a heaping scoop of tuna mixture and form into 6 patties. 4 Cook the patties in the oven or on the stovetop: To make in the oven: Place a large cast iron skillet in your oven, then preheat the oven to 375°F.

Spray the inside of the skillet and both sides of the tuna burgers with cooking spray; it helps mimic that crisp edge you get when you actually fry something. Flip the burgers and cook until the other side is golden. Chicken sesame noodles. When I first moved to New York City, there was a Chinese restaurant in my neighborhood that offered free sesame noodles with every purchase. 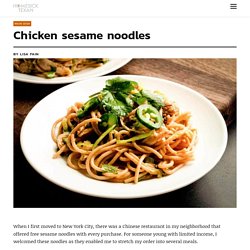 For someone young with limited income, I welcomed these noodles as they enabled me to stretch my order into several meals. My preference was usually to get a chicken dish, either chicken with broccoli or chicken with chiles. And since the portions were large, I found that the leftovers paired well with the sesame noodles. So, I’d take my free noodles and stir them with the tender meat, and feast on this for a few . . . Slow Cooker Indian Butter Chicken Recipe. Simple prep with zero fuss! 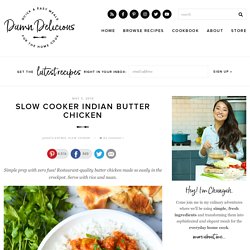 Restaurant-quality butter chicken made so easily in the crockpot. Serve with rice and naan. I’m sure some of you have already put away your crockpot for the season. Up in one of those high cupboards so you don’t have to see your slow cooker until the Fall hits. But seeing as to how we moved to Chiberia and it’s still the dead of winter here, my slow cooker has been on full blast, especially with this butter chicken. I mean, I have seriously made this at least four times in the last 6 weeks. 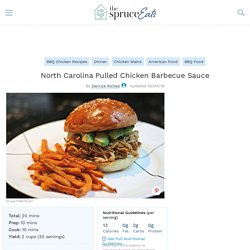 Smoked and pulled chicken takes half the time of pulled pork and gives you the fixings for a great barbecue sandwich. This sauce finishes off barbecue chicken perfectly. It is thinner and less sweet than the usual bottled barbecue sauce, which follows the sticky sweet tradition of Kansas City barbecue sauce. This barbecue sauce is in the Piedmont or Lexington dip tradition found on the western side of North Carolina.

A Delicious Salade Niçoise Stars on a Summer Night. Recently, when good friends asked at the last minute if we wanted to eat out together, I suggested instead that our pals come to our house for a light supper. 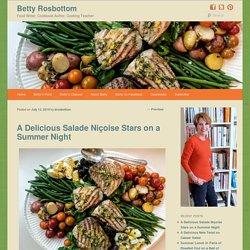 I knew exactly what I would serve—salade niçoise. Only a few days earlier, my longtime culinary assistant, Emily Bell, had mentioned that she had prepared this classic Provençal specialty, adding a few extra touches, as the centerpiece of a summer supper for a small group. When she brought the salad of colorful vegetables anchored by tuna steaks to the table, one of her guests pulled out a phone and began taking a video! Thai meatball and noodle bowls please picky eaters and parents, too. Chicken Breasts with Mustard Cream Sauce Recipe. MethodHide Photos 1 Heat the oven to 350F. 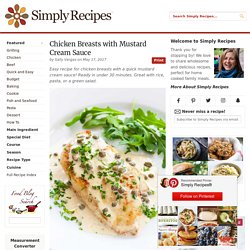 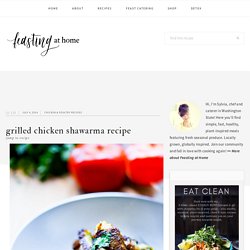 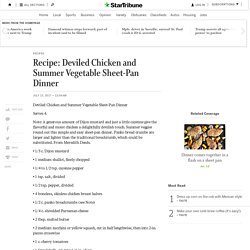 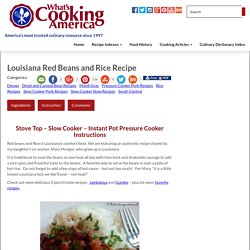 Do not buy cutlets, get regular breasts – fauxtudor

Sprinkle evenly with salt and pepper, and set aside. 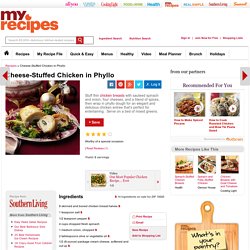 Sauté spinach and onion in hot oil in a large skillet over medium-high heat 3 to 4 minutes or until onion is tender. Remove from heat, and stir in cream cheese until blended. Stir in mozzarella cheese and next 6 ingredients. Tuna Patties Recipe. Method 1 Drain the liquid from the tuna cans. If you are using tuna packed in water, reserve a tablespoon of the tuna water, and add a teaspoon of olive oil to the tuna mixture in the next step. 2 In a medium bowl, mix together the tuna, mustard, torn white bread, lemon zest, lemon juice, water, parsley, chives, and hot sauce.

I actually saw a frozen version of these burgers at TJ’s last month and thought they sounded yummy, but decided after looking at the simple ingredient list, I could just make them myself. Roasted Sausage, Potatoes and Peppers. King Ranch Chicken. Casseroles are an ancient dish, found all over the world. Yet for some reason, whenever I hear the word, I don’t think of France (the origin of the name), I think of church suppers, potlucks and home. We Texans, like most Americans, love our casseroles. Though what usually sets a Texan casserole apart from its neighbors is the spices used. Reinventing the Classic Tuna Sandwich. For the past few months, I’ve spent hours in the kitchen with my talented assistants working on a new soup book. Tuna Pasta with Capers in White Wine Sauce Recipe. Print Here’s a little secret: olive oil-packed canned tuna, chili pepper flakes, and pasta is a master combination (and classic Italian).

One of my favorite dishes on this site is the tuna, arugula, chili pepper, pasta recipe. So when I stumbled on another variation with similar core ingredients in Giulia Melucci’s I Loved, I Lost, I Made Spaghetti I had to try it. Score! Baked Crêpes Cacciatore with Parmesan Cream Sauce. Chicken Paprikash Recipe. Penne Rigate with Olives, Roasted Peppers, and Tuna. Bring a 6- to 8-quart pot of well-salted water to a boil over high heat.

Crockpot Chicken Stroganoff. So this was one of those dinners I never even planned.

I actually had something else in mind that I had been looking forward to making for a couple weeks. But then I used the chicken from that for something else. White Bean and Tuna Salad Recipe. Turkey Rarebit. For an easy post-Thanksgiving meal, try these open-face sandwiches. Lemon Pesto Turkey Pasta Recipe.